Honestly, one of the recurring themes that I see on Facebook, Twitter and other platforms is that Americans are perplexed on what is going on. They see on the evening news all of these events going on with the alt right and with the left, and they wonder “what are their goals…where are they trying to take us?” Americans are asking these groups: to what end?

It seems every month (and in some cases…daily) we see the political sands in this country shifting. So many competing groups and interests, all trying to pull America off center. And for the most part, the groups are splintering into regional factions, or ideological tribes. And every one of them screaming at the top of their lungs that it will be their way or nothing.

I have had some who have told me that it is just a bunch of disaffected youth, trying to bring about change. Well, that is probably correct in regards to many of them. But again, the questions remain:

None of this is apparent. Even they cannot articulate any of this with any clarity or specificity.

It’s like a bunch of twelve year olds that have now gotten behind the wheel of the car, don’t know how to drive it, don’t know where they are going…but they have the gas pedal mashed to the floor.

I always like to ask these folks…if you get your way, what does that look like? Generally, we get pie-in-the-sky utopia stuff like “no more racism” or “no more wars.”

Great, fantastic. I am against racism also, and as a soldier, no one dislikes war more than me. So, Mr. or Ms. Care Bear…HOW are you going to do that? What are the steps you will take? What resources do you need to accomplish them? A ton of questions that come to mind, and many that I haven’t even thought of yet…and these geniuses haven’t a clue about any of it. 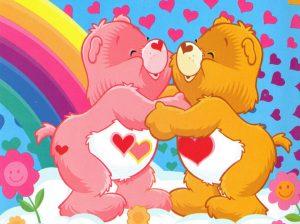 You see, we in the military understand this. You can have all the lofty goals in the world…but without an operations order, without a plan…then you are going nowhere. These people do not understand that.

Look at the videos and photographs out there. Most of these people are teens and twenty somethings. What we call in the Army “educated idiots.” And what is meant by that admittedly derisive term is that they are educated somewhat, but they have no life experiences outside what mom and dad provided for them, and what the sheltered life of a college campus gave them. They have no first hand experience of the real world (shoot, many professors don’t either!). This means they have no real way of knowing if what they want to do is able to be accomplished, or might backfire in their faces.

When shooting a weapon, you want to “ready-aim-fire.” These wonderlings instead approach what they are trying to do with the mentality of “fire-ready-aim.” Which actually makes them more dangerous.

The reason they are more dangerous is that we cannot predict what they will do next. They don’t even know. And because of that is why you see these dyslexic spray-and-pray actions.

So people meet in Charlottesville to take down General Robert E. Lee’s statue and to fight white supremacists. The next day or two, they are tearing down monuments in North Carolina, Baltimore, and Georgia.

The Georgia vandalism proves the point I am making here clearly. These people didn’t even do their homework on their target. Instead, they didn’t tear down a Confederate monument…they vandalized a peace memorial.

Now I want to be clear about one more thing. There are people planning, there are people putting these things in play. Like George Soros, who is funding a lot of this in an effort to break apart Americans and the United States. He has made no bones about it. These “kids” are pawns in the hands of the people like Soros who want to see this nation implode and raise in its ashes a tyranny the likes of the world has never seen.

What should scare you is not that there are white supremacists, or Marxists intent on destroying liberty and instituting their worldview. Instead, you should fear the fact that our governments in large part, are surrendering to these people without even a whimper. One politician said in the last few days that they needed to remove the monument they were having removed because by doing so, it would stave off violence.

An incredible admission of the helplessness and weakness of our government…and the recognition of what we all know about these groups. And that is that even though they don’t have a clue where they are going, they are very much motivated to get there (re-read that last sentence a few times…it should shock you).

I said above that who these people are shouldn’t scare you. I say that because IF our government was doing its job (which is protecting the unalienable rights of every individual) then NONE of this would be happening. But it is increasingly becoming clear that government is not going to step up. Instead, they will do as the mayor of Charlottesville (Virginia) and the Virginia governor did which is basically nothing. They stood around and let these people run amok.

So then, what is the answer here? As Americans, what is our endgame? It is simple. I have noticed in the last few months (and an increased fervor in the last few days since Charlottesville) that American veterans are starting to mobilize. Like they did when they came out to protect funerals from the nastiness of the Westboro Baptist Church protests.

These vets are not interested in what any of these groups are selling. They don’t care if they protest, or scream and yell. They have fought to protect those peoples’ right to do so.

But when these folks want to destroy property, assault people, and generally bring down our Constitutional Republic, that does not sit well with them at all. All of them have taken an oath to protect and defend the Constitution, and even though they are no longer serving, they still hold that oath dear.

The vets are now looking to put themselves in the line of fire, so to speak. To stand between these groups…and to stand between all of these groups and the police. Like they did with the Westboro people. And since politicians are hampering law enforcement in protecting the property rights and the lives of Americans…the vets are now saying they will stand in the gap. And if these white supremacists, Antifa, BLM, or any of these other groups involved want to take on the vets…I can tell you that those groups are not prepared.

And as I said above, that is probably not a battle that these people want. It’s not the same as attacking the police.

I wish I had better news here, but I do not. The leftist and Marxist elite are pulling the strings of a “flash mob” that is intent on destroying our Republic and causing as much damage as they possibly can. Our governments are neutered and frankly, pathetic. Our politicians want to wipe their hands of the whole thing.

They will succeed if Americans do nothing. 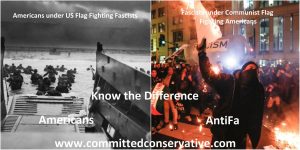