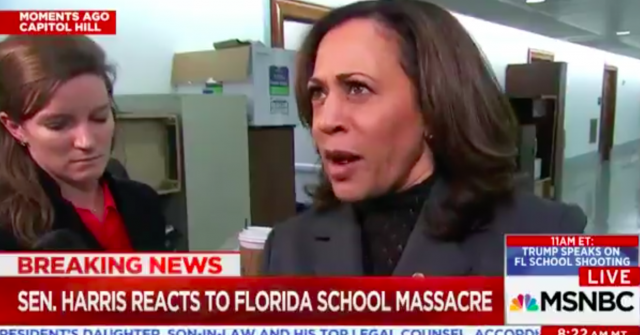 Senator Kamala Harris (D-CA) waded into the aftermath of the recent school shooting in Parkland, Florida. Senator Harris spoke with MSNBC and expressed her views on the shooting and on the safety of children.

This cannot be a political issue. We have to have smart gun safety laws – our babies are being slaughtered. pic.twitter.com/Z62eK5LkhP

Aside from the fact that Senator Harris and other Democrats are not interested in the Constitution, and certainly not the protection of unalienable rights… one must wonder if she gets the full impact of statement?

”…our babies are being slaughtered”? Yes, Senator Harris, they are. In every Planned Parenthood office in America.

A practice (abortion) and business you endorse.

The hypocrisy appears to be lost on Democrats and the left. It is definitely lost on Senator Harris.