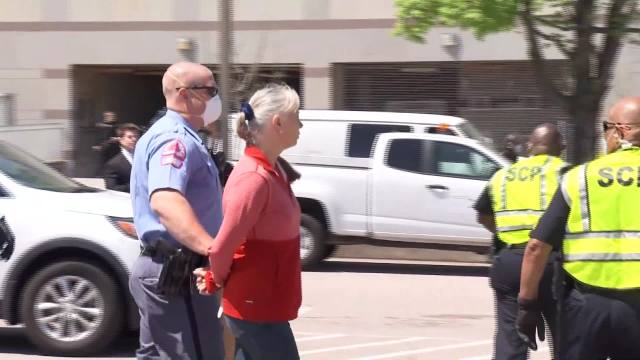 And with those words, government action to contain a public safety risk transformed North Carolina into a police state.

Throughout this pandemic, I have given the benefit of the doubt to government officials of both parties and at all levels of government that the actions they were taking to manage the COVID-19 pandemic, while pretty extreme, were the least restrictive means necessary to deal with this unique crisis.

President Trump, hardly a big-government leftist, has said that but for the “stay home” orders and business closures around the country, upwards of 2 million people likely would have died. I don’t know how much I trust the accuracy of those models, but at a minimum I won’t say that it was unreasonable for governors and mayors, on the advice of the president, to take drastic action to prevent such a massive tragedy.

Throughout these closures and “stay home” orders,” I have rejected the argument by some fellow conservatives that these orders are “police state” tactics. I’ve pointed out that in a police state, they would not be allowed to publicly voice such dissent. I pointed out the irony of protesters in Lansing freely and loudly accusing the governor of transforming Michigan into a police state without any fear of arrest for engaging in the protest.

Well, on Tuesday, protesters in North Carolina were disrupted and arrested for protesting the government. Police in Raleigh broke up the protest and arrested one woman.

As they did so, the police sent out a tweet stating, “The protestors [sic] are in violation of the Governor’s Executive Order and have been asked to leave. #ReopenNC.”

Someone responded, “What part of the governor’s order was violated here?” The police responded with these fateful words: “Protesting is a non-essential activity.”

With those five simple words, the people of Raleigh, North Carolina learned that the governor of their state had, with a stroke of a pen, revoked their First Amendment human rights.

In a free state, the freedom to protest is absolutely essential. If the people are not allowed to protest the actions of a government that is supposed to consist of their elected representatives and that exists to do their bidding, then they are no longer being governed. They are being ruled.

Maybe I should feel fortunate that here in Colorado the governor has not attempted to suspend our fundamental human rights. That’s why I am able to write and publish these words.

But I do not feel lucky. I feel entitled. I have an inherent human right to publish these words, to speak my mind, to protest my government. It is the government that is lucky that we the people allow them any power over us at all. But those powers are delegated and limited, and they emphatically do not include the power to repeal our fundamental human right to protest the government that exists to do our bidding.

The people of North Carolina must not allow this violation of their human rights to stand.

Close businesses during a pandemic? Ok. Ask people to stay at home to curb the spread of the virus? Ok.

But tell Americans to shut up and do what they’re told without protest?