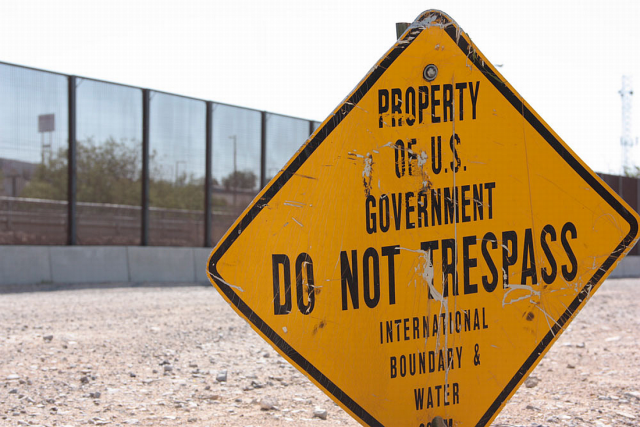 I’ve been writing on combating illegal immigration and improving legal immigration for 28 years.  I’ve written more, likely, than any person in media or think tanks.  My most recent piece links some of the latest relevant articles.  I have finally figured out the best, most acceptable, workable solution for our illegal immigration problem.

The #altleft is going to hate my solution. Here’s some background before rolling out my proposal.

I once wrote a piece, suggesting a “Conservative Amnesty.”  I used the word “amnesty” in the title to drive people to read it. I have since learned that if you use that word, many people just tune you out.  In fact, running a blog site that gets 5-15 thousand views a day, I have learned that many people don’t read past the title of pieces, let alone think about them. Some won’t read the analysis solely because of the name of the site.

Please, read past all titles, and think, as I implore here. Keep this in mind:

My below proposal is contingent upon adopting the changes I have previously suggested and linked to this article, the critical components being, no more birthright citizenship for illegal aliens, no more benefits no more K-12 education, permanent disqualification from entry for all found here illegally after a certain date, and no chain migration.

The recent DACA debate has finally made me consider a solution to those here illegally. Since we can never reward illegality with citizenship, my solution must come with a penalty, but it must also have the incentives necessary to fix the current problem in a way that many might accept. In fact, I am willing to bet that illegal aliens, their legal family members, and their sincere advocates will back this proposal.

I am willing to bet that the Democrats will hate it.

In fact, two groups of people are going to hate this solution. Those advocating for blanket amnesty, chain migration, and citizenship on the left, and those looking to round up and deport every illegal alien on the right.  Neither the far-left or irrational right’s dreams will ever happen.

We are never going to deport 20 million people. It’s not that we can’t, it is that Americans don’t have the stomach for it. Business will never permit it and doing so would have untold effects on the economy and our social structures. For deportation-dreamers, mass deportation is never going to happen.

The government says there are 11 million illegal aliens in this country.  No one on earth believes that number.  Moreover, the number of people here connected to illegal aliens is huge, as this country inexplicably gives birthright citizenship to the children of illegal aliens born here.  Thus, the country has 20 million plus illegal aliens, and 10’s of million more legal “citizens” born of those aliens.  You can’t deport these people now.

Likewise, you can’t reward the illegal aliens with citizenship … a line I should not have to write, let alone repeat. Americans cannot, and they will not accept converting tens of millions of lawbreakers into citizens.

I would grant all illegal aliens with no criminal record, who turn themselves in for background checks and fingerprinting, permanent green card status. This would make them legal residents, able to pay taxes, and eligible in every aspect of our society. It would, however, come with the following cost.

Those who take the permanent green card status can never apply for US citizenship without returning to their country of origin and getting in line behind all other applicants.  Likewise, they can never vote in any US election.  They would pay a $100 a year fine for each year they were here illegally, and a $100 a year tax hereinafter to defray the cost of implementation of the green card program, and for border security. (That’s nearly 2 billion dollars a year).

Illegal immigrants living in the shadows, as the left says, would be “legal residents.”  They would not, however, gain citizenship from their illegal acts.

This proposal will disconnect the Democratic party from illegal aliens. It will prevent that party from continuing its open, hostile, act of encouraging illegal immigration for political purpose and advantage.  The 20 million illegal aliens and millions of members of their families would get to choose permanent, non-voting, legal status that can’t lead to citizenship without leaving, or to stand and fight for outright amnesty and citizenship alongside Democrats.

The overwhelming majority of these immigrants and their families will take the permanent legal status, forego the voting, and leave the democratic party behind.

The radical left will claim the proposal is racist and seeks to set up a sub-class of Americans. No, it does not.  It seeks to grant foreign nationals the right to live and work here, irrespective of their illegal entry, without giving them the reward of citizenship for an illegal act.

They gain legal status. In addition, with that legal status, their future children become Americans under existing law. Did I mention, illegal aliens will love this.

So, what do Americans get?

Americans are protected because the deal does not get done until the laws are changed to stop future illegal entry and to punish all who subsequently come here illegally.  We stop wasting money fueling the enforcement system and chasing the fantasy of rounding up 20+ million people. We add more taxpayers to the system by eliminating the underground, illegal alien, economy and illegal hiring.

Mostly, we ensure that 10’s of millions of people here illegally are never converted into voters to serve a voting block of non-Americans and the interests of any party that fueled the problem.

The Democrats have worked to create an atmosphere and expectation of eventual amnesty, granting unto illegal aliens citizenship and voting rights that the Party could convert into power. Sinister, treasonous, amoral, and anti-American, was that objective.

My proposal fixes America’s illegal immigration problem, and it neither rewards the illegal aliens with citizenship nor their Democratic Party co-conspirators with votes.