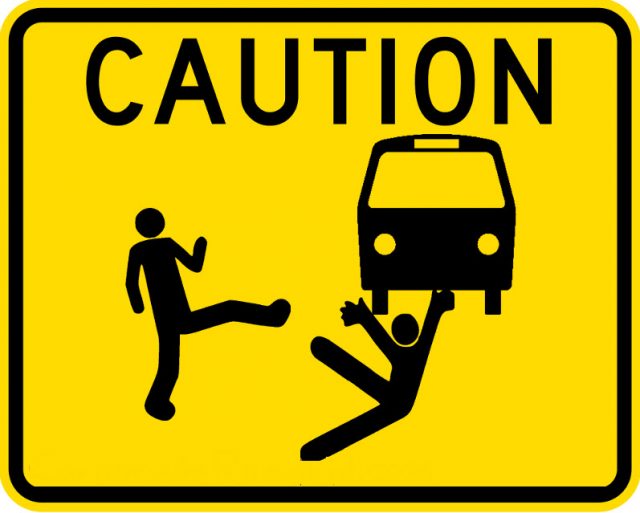 Bill Clinton sure had a great run.

Everyone recognized that what he was doing was sleazy, but the Democrats and their allies, including the establishment “news” media, were ok with it because he was “good on women’s issues.”

Even Gloria Steinem, the self-proclaimed feminist leader, wrote a column defending Clinton’s conduct and actually attacking the credibility of his accusers – the exact behavior that feminists like Steinem have always said is unacceptable and intolerable.

When former federal appellate judge Ken Starr was appointed as independent counsel to investigate numerous allegations of crimes and corruption by Clinton, the Democrats attacked him for allegedly conducting a “politicized” investigation that was “only about sex.” That charge was very far from true, but the Democrats actually defended Clinton from the credible charges of criminal conduct by claiming that it was “really” about Clinton’s predatory sexual conduct, which they then defended as being his “personal business.”

When the House of Representatives impeached Clinton on well-supported charges of perjury and abuse of power – charges that former Senate Democrat Leader Robert Byrd admitted had been proven by the evidence – not one Democrat in the Senate voted guilty on either charge – including Senator Byrd.

Everyone knew what Clinton had done. Everyone knew that he’d been preying on women throughout his entire life. And everyone on the left who under every other circumstance sanctimoniously preached against all forms of sexual harassment and maltreatment of women circled the wagons to protect Bill Clinton, the most notorious sexual predator in modern political history.

The Democrats and their left-wing allies, including the establishment “news” media, succeeded in protecting Clinton largely by lowering the standards of acceptable conduct in our society. Because of Clinton and his protectors, our kids learned about creative uses for cigars and about stains on blue dresses. These were now part of mainstream conversation in our society, and that degradation of our standards of decency was just fine with the Democrats because it served their purposes by protecting Bill Clinton.

One of Clinton’s most effective allies was his wife, the purported feminist Hillary Clinton, who spearheaded the effort to dig up dirt on his accusers to discredit and smear them. Clinton’s close friend and ally, the celebrity Democrat political consultant and CNN political “analyst” James Carville, famously went on national television and smeared Clinton accuser Paula Jones by saying, “Drag a hundred-dollar bill through a trailer park, you never know what you’ll find.” No prominent Democrats called out Carville for this blatantly misogynistic comment, and he remained in place as a CNN personality for many more years to come.

The efforts to protect Clinton ultimately were a complete and total success. He never faced any meaningful consequence of any kind for his lifetime of assaulting and harassing women or for any of this other crimes. In fact, his stature in the Democrat Party grew to legendary proportions during his post-presidency.

And because he got away with his many affairs and crimes, he and Hillary grew bolder in his post-presidency, creating a family “foundation” that raised hundreds of millions of dollars for them based on promises of returned favors after Hillary got elected president. During the 2016 campaign, evidence of major felonies emerged that proved their guilt beyond any reasonable doubt, but no charges were brought because it was well-established among the Democrats that the Clintons were immune from accountability under the law. Hillary was going to become president and continue advancing a leftist agenda, and that justified protecting them from any criminal or other improper conduct.

But then Hillary lost, and that changed everything.

Until Hillary lost, the Democrats and their leftist allies continued to have a stake in protecting the Clintons. But after she lost, the Clintons were no longer of any use to them.

So now the Clintons are learning just how Machiavellian their party is.

Over the past few months, the dam has broken on sexual harassment and predation of women, starting with Harvey Weinstein, going across Hollywood outing celebrities on a daily basis, and reaching Congress with the outing of Senator Al Franken’s sexual assault. And the one thing that almost all of these people have in common (with the notable exception of Alabama Republican Senate candidate Roy Moore) is that they are almost all liberal Democrats.

In fact, the sexual harassment net has now captured so many prominent liberal Democrats that even the normally shameless leftist politicians and pundits who routinely pompously lecture conservatives about women’s rights have been forced to acknowledge the predators in their own ranks.

So, in order to maintain some shred of credibility with their own left-wing base, they had to go after at least one of their own big fish – but they certainly couldn’t bring down someone who is still of use to them in advancing their agenda.

So, they gave lip service to calling out Al Franken for exactly one day and then moved on as if there was no longer anything to see there. They still need Franken in the Senate as part of their effort to regain the majority and push leftist policies into law. They need someone who’s expendable to be their sacrificial lamb.

Bill Clinton was the obvious choice. Once Hillary lost her election, the Clintons’ usefulness to the Democrats and leftists ran its course. Neither of them will never hold public office again. So, they’re expendable

And so came the swarm of columns, articles, and talking heads on the left proclaiming that they had been wrong to protect Bill Clinton 20 years ago and that in hindsight, his conduct actually had been indefensible. He should have resigned said left-wing Vox columnist Matthew Yglesias, and Democrat Senator Kirsten Gilibrand, and New York City Mayor Bill de Blasio. And when he refused, he should have been removed through impeachment because Ken Starr had been right all along.

No, the Democrats haven’t suddenly found religion when it comes to holding their own to their own standards. They’re just very accomplished at knowing whom they need to protect and who is expendable.

Sorry Bill. You’re no longer of any use to the Democrats, so you’re no longer under their protection. It was a good run, but now it’s your turn to take up residency under your party’s bus.

Say “Hi” to Paula Jones while you’re down there.