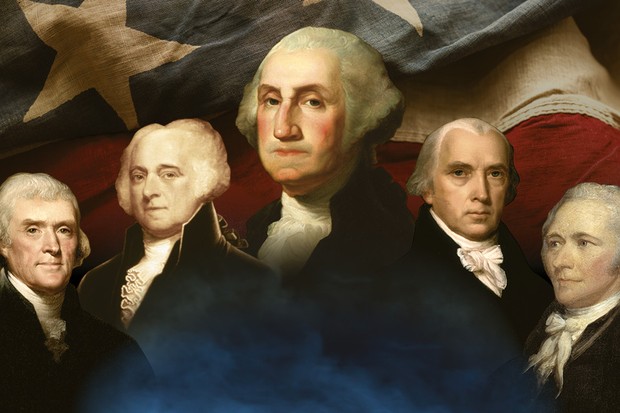 The leftist establishment – the Democrats, “news” media, social media outlets, popular entertainment, public school teachers, college professors, etc. – are on a mission to convince you and the entire world that the United States is an evil racist country.

Don’t fall for it.

And for God’s sake, don’t ever apologize for being American. Be proud of it, and don’t be afraid to express your pride.

America is the greatest country in the history of the human race, and every one of us should be proud to be a part of our country’s amazing accomplishments.

Ours is the only country ever created based on a set of core principles rather than as an accident of geography. And the principles on which our country was founded are the greatest and most true principles ever expressed:

All people are created equal.

All of us are endowed by God with unalienable rights, including, but not limited to, life, liberty, and free markets that maximize our ability to pursue happiness and prosperity.

All people are born into a state of absolute freedom. We voluntarily cede some of our freedom to our government through a social compact to handle the few matters that cannot be managed by individuals and must be handled collectively, such as community protection, national security, foreign relations, and domestic infrastructure. Governments have only those powers that we agree to let them have. We retain all other rights and liberties for ourselves.

These fundamental truths were the basis for our declaring independence from the most powerful empire in the world at the time. Our country’s founders – not just those who organized and led the fight for independence, but the thousands who fought the war in that cause – swore their lives, their fortunes, and their sacred honor in defense of these principles. Many of them did indeed give their lives and their fortunes in that great cause. Exceedingly few sacrificed their sacred honor.

The Left is trying to revise history by claiming that our country actually was founded in 1619 when the first slave arrived on our shores. This is a defamatory smear of our country and of the millions of Americans who made it successful.

Yes, slavery was a great evil. No one anywhere denies that. But America was hardly alone in allowing this evil. Slavery has existed since the dawn of civilization, and every country in history practiced it. It was the norm in human civilization, and it wasn’t until the 18th century that anyone in the world considered it objectionable.

What separates the United States from virtually every other country is that we chose to abolish it. In fact, hundreds of thousands of white Americans gave their lives in battle in the cause of freeing their black brethren.

Yes, in the century after the abolition of slavery, blacks were treated as second-class citizens and denied many of their fundamental rights. But again, this kind of treatment of minorities was the norm in every country in the world since the dawn of civilization.

In the United States, however, the American people rose to correct this wrong and again abolished every law in the country at every level of government that discriminated on the basis of race. But we went even further.

We didn’t just desegregate our schools. We proactively integrated them by busing black kids into white schools and white kids into black schools.

We didn’t just prohibit employment discrimination on the basis of race. We gave preferential treatment to blacks in employment decisions for decades to compensate for the lost opportunities by blacks during the era of segregation.

We also didn’t see these actions as some kind of defeat or concessions by the white majority. We celebrated them as advancements for our entire country and made the birthday of the greatest black civil rights advocate of the era a national holiday.

The fact that America had deep flaws (by modern standards) in our history does not mean that America wasn’t and isn’t great. Every nation that ever existed has had flaws. It is impossible for a nation made up of imperfect people to be perfect.

But America, more than any other country since the dawn of civilization, works stridently to identify our flaws and correct them.

The Left wants us to believe that we are defined by our flaws. That’s absurd.

We were the first country founded on principles of liberty.

Did we expand our country’s boundaries by conquest? Yes. But so has every other country since the dawn of civilization. But what makes America unique in all the world is that even after we conquered the various Indian nations, we enshrined in our law that those tribes remained autonomous and sovereign nations.

America has also actively worked to spread the cause of liberty around the world. Thanks to our efforts – and even more to our example – hundreds of millions of people today live in a freedom that never would have happened but for the creation and success of the United States of America.

America built the greatest military in the history of the human race. But unlike every other great military power since the dawn of civilization, we use it to protect ourselves rather than to conquer other nations.

Yes, we have on occasion attacked and conquered other nations in defense of our interests, but unlike every other nation since the dawn of civilization, every time we did so, we helped the people of those nations establish a constitution guaranteeing the people’s liberty, and then we handed those countries back to their peoples.

We used our great military might to defeat the Nazis in Europe, and then we spent enormous amounts of American taxpayer money to rebuild that continent.

But an even greater evil than the Nazis in the twentieth century was communism, which led to the deaths of literally hundreds of millions of people and destroyed the lives of billions more until the United States brought that unprecedented evil to an end.

The Left has ensured that the unimaginable destruction wrought by communism is not taught to to our kids, so it is imperative that each of us do so in our own homes.

The Left is trying to prevent our country from learning from the past so they can resurrect Marxism here and abroad.

We must stop them.

America is also the only country in the history of the world to become both the most powerful and the most prosperous without conquering and pilfering the wealth of other nations. We did it through zealous protection of our liberties.

We did build that – and don’t let anyone tell you otherwise.

America is, by far, the most economically prosperous and successful country in the history of the world because of our free-market capitalist economic system – the very system that the Left is fighting to abolish and replace with the disastrous and genocidal systems of socialism and communism.

More than half of the people in the world today outside of the United States live with less money and resources than almost every American deemed to be living in “poverty.” In fact, most Americans below the “poverty” line enjoy luxuries that would have been unimaginable to the world’s wealthiest kings just a century ago.

Americans deemed to be living in “poverty” today have cars, own houses, have mobile smart phones with round-the-clock access to the Internet, have computers, have access to public education (although, admittedly, the quality of that government-issued “education” is far from acceptable), and have social programs to prevent them from starving and to meet their basic needs.

And that’s how most of the poorest among us live. Most Americans have a much better quality of life.

Most importantly of all, America has always been, and still is, the Land of Opportunity. That’s why people from every other country strive to come to ours. Even the poorest Americans have the opportunity to improve their condition – often dramatically – through hard work. Some have risen to be captains of industry or even Presidents of the United States.

America is also the most generous nation that has ever existed in the history of the world. Americans individually donate more to charity than the people of any other country ever have. And collectively, through the enormous amounts of taxpayer dollars generated by our free-market system, we have donated trillions of dollars to the peoples of other countries around the world to protect them and improve their lives.

And it’s worth mentioning that the vast majority of those charitable dollars have gone to help the peoples of countries with non-white majorities.

The Left is working with every resources at their disposal to make Americans feel ashamed of our country. We must stand up to them and for our country.

My kids love this country, not because they learned to do so in school (like my generation did), but because they hear me expressing my pride and patriotism every single day. They have learned enough of the truth about America from me that no left-wing public school teacher, “news” reporter, actor, singer, or professor will ever be able to succeed in propagandizing them against their country.

Every parent in this country has a duty to do the same, to teach their kids the truth about the greatness of this country, to teach them how and why we became and remain great, and to debunk the Left’s lies.

Has America has done bad things in our history? Of course we have – but far fewer than any other country.

Does America still have flaws and problems that need to be addressed and solved? Again, of course we do – but again, far fewer than other countries.

No country is or ever can be perfect, but as Alexis de Tocqueville famously stated nearly 200 years ago, America is great because America is good.

Don’t ever let anyone tell you otherwise.