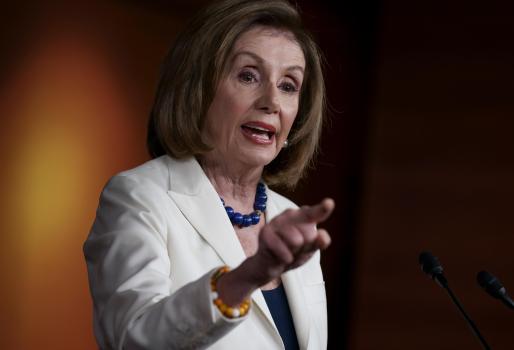 House Speaker Nancy Pelosi on Thursday, with a straight face, demanded that the Senate conduct a “fair” trial of the articles of impeachment passed by the House on Wednesday.

Here’s how “fair” her proceedings were in the House:

Senate Majority Leader Mitch McConnell has stated unequivocally that these articles of impeachment are baseless and were passed through an appalling and illegitimate process that lacked any modicum of due process.

He said that the Senate will dispose of these articles accordingly.

She actually said that with a straight face.

House Democrats repeatedly proclaimed that they had to move fast to impeach the president because he is a threat to continue to abuse his powers and must not be allowed to remain in office one minute longer than necessary.

Now that they’ve impeached the president, those same Democrats are now saying that they want to hold off on transmitting the articles of impeachment to the Senate for a trial until a more politically opportune time.

And, yes, they’re actually saying it with a straight face.