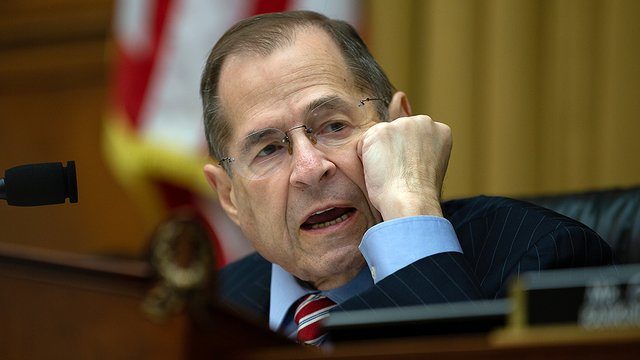 The subpoena also ordered Mr. Trump to bring his own bullets.

“Mr. Trump has refused to cooperate with our efforts to destroy him personally and politically, which is a violation of our Constitution that cannot go unanswered,” said Mr. Nadler in a statement. “Summary execution is an inherent power of the House of Representatives, and President Trump has left us no alternative but to invoke it.”

Mr. Trump’s attorneys immediately filed for an injunction with the courts. It took less than three hours for the Federal District Court for the District of Columbia, the DC Court of appeals, and the U.S. Supreme Court to deny the injunction.

The Supreme Court issued a short one-paragraph order written by Chief Justice John Roberts on behalf of himself and five other justices stating, “The Supreme Court generally does not involve itself in political disputes and declines to do so in this instance so as to avoid even the appearance that we allow political considerations to influence our rulings.”

Justice Clarence Thomas issued a dissent joined by Justices Samuel Alito and Neil Gorsuch stating, “While we do believe that Congress has the inherent power of summary execution, we also believe that this issue has been left unaddressed by this court for far too long and that this court should have the courage to accept this appeal and address the issue head on.”

When asked what action the House would take if Mr. Trump refuses to cooperate with the subpoena, Mr. Nadler replied, “The courts have already affirmed the validity of this subpoena. If Mr. Trump refuses to follow the rule of law by failing to appear before the firing squad, we will send the House Sergeant-at-Arms to arrest him and place him in the House Dungeon until he agrees to cooperate.”

Early this morning, after the courts refused his request for an injunction, Mr. Trump issued a tweet stating, “No coperation w/ Dems on any legislation until they stop trying to kill me. #NoCollusion #NoObstruction #NoCoverUp #MAGA”

House Speaker Nancy Pelosi, asked whether executing President Trump would be productive for the country, responded, “I don’t know. We have to execute President Bush first to see what happens.”