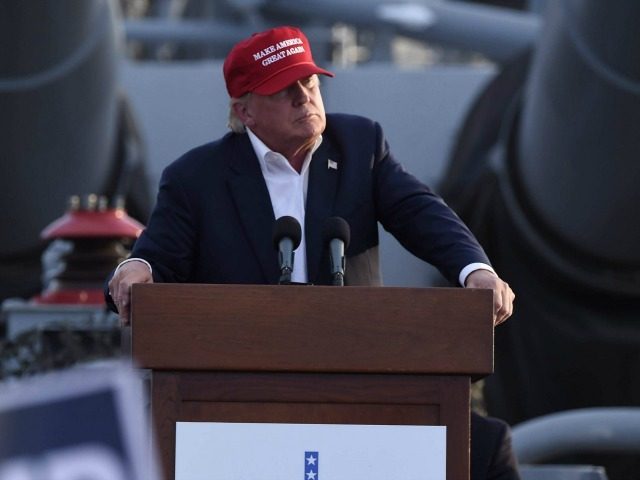 There is a blue wave coming, but many Republicans are living in blissful denial.

The Democrats have a massive advantage in voter enthusiasm. Huge numbers of Democrats would brave a hurricane or a zombie apocalypse to get to the polls and vote to show their contempt for President Trump. That’s why every credible poll taken in the past several weeks shows a blue tidal wave in the making.

Meanwhile, huge numbers of Republicans have their heads firmly planted in the sand: According to an internal RNC poll, 57% of strong Trump supporters believe it’s unlikely the Democrats will win the House.

The good news is that these hardcore Trump supporters live at Trump’s beck and call. If Mr. Trump tells them that it is critical to his efforts to get out and vote for the Republican candidate in their district, they will go out and do so.

Only Donald Trump himself has the power to motivate his complacent supporters to get out and vote this November.

Mr. Trump must work with the RNC, NRCC, and other Republican allies to do that, but they nust do it in a targeted way. Trump is probably the most polarizing figure to hit American politics since the 18th century. If he makes his appeal to the public at large, as many of his opponents are going to be more motivated to vote as his supporters.

The Republicans therefore must communicate an emphatic appeal from President Trump personally to his core supporters. And they must do so in a targeted – but forceful – manner.

They must appeal to Trump’s core supporters with a message from Trump himself that it is vital that they get to the polls come Hell or high water to vote for the Republican congressional candidate. They must make that appeal in Trump’s name repeatedly through targeted mailers, emails, social media, phone banking and every other means available to reach his core supporters without antagonizing his sworn enemies. And they must make that appeal from Trump continuously without letup every single day between now and the election.

The blue wave is coming. Trump’s supporters see him as a superman who can overcome any obstacle. Here’s his chance to prove it.

For the sake of the country, I pray that he does.