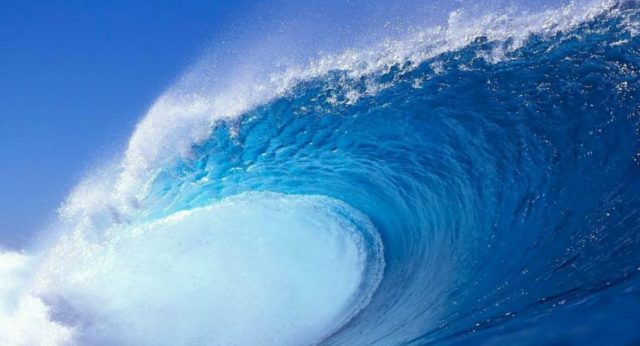 The Cook Political Report’s current campaign ratings should be a huge wake-up call for Republicans who are deluding themselves into thinking they’re currently competitive in this year’s elections.
.
The best news for Republicans is actually disappointing compared to their expectations going into this campaign season: Cook’s Senate ratings, based on recent polling, show 5 Democrat Senate seats as toss-ups – but none leaning Republican. Three Republican seats are also rated toss-ups.
.
So, in a year that Democrats are defending twice as many seats as Republicans and Republicans therefore should have picked up several seats, they’re actually unlikely to net more than a couple – if any.
.
On the House side, 3 Republican seats are rated as likely Democrat, 7 as leaning Democrat, and an eye-opening 27 as toss-ups. Meanwhile only 1 Democrat seat is rated likely Republic, none as leaning Republican, and only 2 as toss-ups.
.
Think about that: There are 37 Republican seats in play versus only 3 Democrat seats.
.
Add to that dynamic the down-ballot effect of Virginia Republicans nominating Corey Stewart, a proven bigot who has a years-long associations with white nationalists and has even hired some onto his campaign staff, for Senate. Stewart will probably cost Virginia Republican House incumbents Barbara Comstock (rated as leaning Democrat) and David Brat (rated as a toss-up) their seats and also put incumbent Scott Taylor (leans Republican) and the open Republican seat in VA-5 in serious jeopardy as well.
.
Things look equally bleak in governors races: Cook rates 3 Democrat seats as toss-ups, while 2 Republican seats lean Democrat and 7 are toss-ups. So here again, there are 9 Republican governorships in play versus only 3 Democrats.
.
Republicans argue that the Democrats are internally divided between the left and the radical left in their party, and this is true as far as it goes. However, they are getting billions of dollars of in-kind contributions from the “news” media, who are openly waging a non-stop campaign in the guise of “news” in favor of the Democrats and against President Trump and the Republicans.
.
Republicans also argue that the country is thriving economically due to Republican policies and leadership and that people won’t want to change course. This would be true if the American people knew and appreciated how well the country is doing, but he “news” media have been doing everything they can to hide our country’s historic levels of prosperity from the voters and convince them that the country is doing poorly.
.
If the American voters think the country as a whole is in trouble despite their own personal prosperity, they will vote for a change in direction. That’s what is now happening.
.
But the real elephant in the room (pun intended) is President Trump himself. A much of a cliche as it is to say it, this mid-term election, like almost all mid-term elections, is a referendum on the president.
.
While the American people are almost evenly split on their opinions of Trump, anti-Trump voters have been showing up at the polls in the primaries in much larger numbers than pro-Trump voters. In short, Democrats are far more motivated to vote this year than Republicans.
.
At the same time the “news” media are covering up Trump’s extraordinary record of success, they are demonizing him as not only undignified (which he is) but also as a dangerous fascist who is a threat to our freedom. Of course, there is nothing in his record to support these allegations; to the contrary, Trump has done more than any president in decades to expand our freedom and reduce government intrusion into our lives.
But in politics, perception is reality, and the “news” media have created the perception that Trump is dangerous. Trump doesn’t help his case when he constantly sends out tweets and makes other comments that reveal him to be immature and make him appear to be emotionally unstable. (Why would he diminish the presidency to engage in a series of attacks on a widely unpopular former reality TV personality?)
.
So, yes Republicans, a “blue wave” is coming.
.
The only way it can be avoided is for a sea change in the political currents to occur. This would mean a dramatic change of behavior by President Trump that causes the American people to respect him rather than fear him. That is not going to happen.
.
This will also mean a major influx of campaign cash sufficient to offset the avalanche of free campaigning the Democrats are getting across the country from the “news” media. This too is unlikely to happen when major Republican donors have no confidence that Republicans can win and when President Trump, the titular head of the Republican Party, is actively attacking those donors and telling Republicans to avoid them.
.
So grab your wallets and hide your kids. Absent some surprising and highly unlikely shift in the political winds in the next 82 days, the far left is going to gain a dangerous amount of power in November.