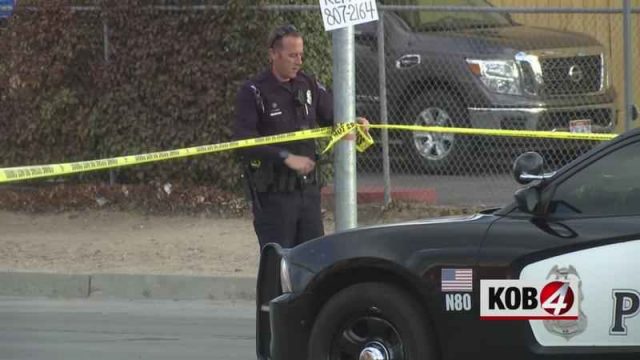 The police are calling him a hero. A mother and daughter are alive today because a complete stranger, a good Samaritan with a gun, shot and killed an attack in a wild scene on the streets of Albuquerque New Mexico.

KRQE News 13 reported that the Samaritan witness a driver intentionally and violently ram another vehicle. “Once he started walking up, he saw that there was a male violently pistol-whipping a female in the street,” Officer Drobik said of the Samaritan, “He got out of his vehicle and had his firearm on him and told that male to stop.”

The assailant, Qian Ming, was the 66-year-old estranged husband of the older woman.

Upon telling Ming to stop, the good Samaritan told police that he pointed the gun in his direction and that’s when he opened fire on Ming, hitting and killing him.

“Mom in the hospital said, ‘He saved our lives’,” the officer continued. “You can’t get a stronger statement than that. So she knew it. Daughter knows it and good thing he took that type of action.”

The 34-year-old hero was detained briefly, pending the investigation. He was released as the evidence demonstrated that the shooting was both justified and necessary.

The daughter is still in the hospital, but both she and mom are expected to make a complete recovery.