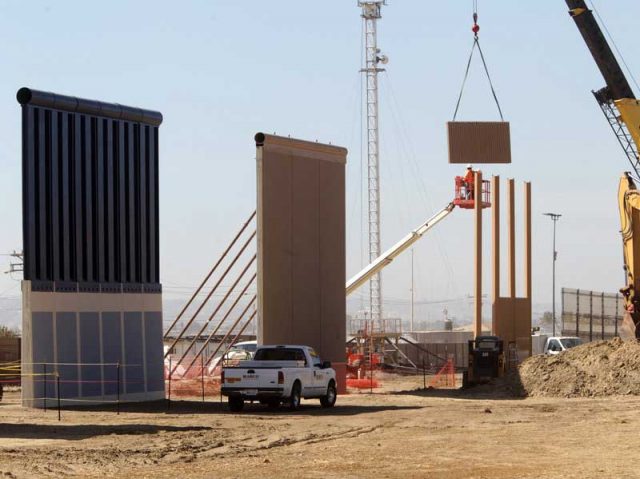 Americans must understand that DACA amnesty is dangerous, it will have a long-lasting negative impact if we don’t address the causes and incentives for illegal immigration.

The left proceeds from the position that DACA is right, just, moral, and a foregone conclusion.  Democrats have wisely set up the negotiation from the presumption that they “get DACA,” it is just a matter of the political cost. Trading amnesty for a wall is not enough.

Any discussion about so-called, mythical, dreamers, must include a rock-solid legal immigration revolution** that destroys all the positive incentives for future illegal immigration, and heaps upon those in the future who cross our borders illegal a host of punishments that prevent them from making that choice.

DACA itself is a legal and political fiction.  President Obama made it up, and when he did, hundreds of thousands of illegal aliens poured across the borders and headed north hoping to take advantage of an incentive to convert illegal crossing into citizenship. Why?  Incentives matter.

As a strong advocate for legal immigration and the reform necessary to invite productive, America-loving people from around the globe to apply to come here, I recognize that immigration reform requires a revolution to both legal and illegal immigration policy and enforcement.

In building our immigration law revolution, we must unapologetically put Americans First.**

When Mr. Obama held out the false hope of converting illegal entry into citizenship and amnesty, he created a rush to our borders. If we grant that amnesty, we will create another rush unless with any amnesty comes real, comprehensive changes to all our laws and incentives.

America can never again reward illegal behavior with US Citizenship, US entry, American benefits, or birthright citizenship.  If we reward past illegal behavior, we must, with an iron first, prevent any future illegal activity.

Destroying and eliminating all benefits and hope for people entering the country illegally in the future is the price for DACA. It must be.

Here are the relative positions of the political stakeholders in this DACA debate.

The Democratic party wants as many illegal aliens as possible to be granted either citizenship or a path to citizenship. The reasons for this are mostly electoral, as the party views 7 in 10 aliens as prospective party voters, hence helping to secure additional future, party power.

Individual democrats, or people identifying with open borders or immigrant struggles, may have a genuine concern or desire to help these immigrants improve their lives, and they believe our generosity and decency requires that we do so, irrespective of the effect on future illegal immigration or the US economy.

The Democratic party wants a broad pool of people to fit under the DACA definition, and they want chain migration,** which would permit family and extended family of new amnesty grantees to also obtain legal status. Hence, the Democrats seek to convert roughly 800,000 DACA eligible candidates to a pool of 4-6 million, including family members.

The Republican Position on DACA:

The Republican Party has a position on DACA that is not horribly different from the Democratic party’s position. Republican leadership sees a failure to act on DACA is a political disaster for the Party, as polls show most Americans, generically, are sympathetic to the plight of young children, brought here illegally, through no fault of their own.

In addition, the Party leaders get great pressure from the business wing of the party to keep open the faucet of cheap labor, increasing the labor pool, and driving down wages. Legal immigration, of course, can increase the labor pool, and more accurate find skilled labor for productive jobs.  However, that is not the sole interest of a split business lobby, many of whom profit handsomely from the cheaper, often more productive illegal labor.

The President wants a wall, and for funding for his wall, he is prepared to deal.  He too sees the political advantage to claiming a DACA win, while claiming he has secured the border.  It’s unclear the sophistication of his view on the longer-term effects of Amnesty. He originally claimed he would build a wall, and Mexico would pay for it.  In the current negotiations, he is asking American taxpayers to pay for it in cash, and with some form of amnesty. Ironically, there is a much better way to pay for the wall, and that is to make illegal immigrants and those sending money back to sending countries pay for it.**

Some might look at President Reagan and say that the traditional conservative position is to grant amnesty to address the issue, and they would rely on Reagan’s optimism** and his belief in the spirit and ingenuity of immigrants to continue to build this country.

Indeed, Reagan’s amnesty gambit was born of compassion and optimism. It was also a major error and proof of the theorem that incentives matter. The Reagan amnesty sent the unmistakable message to illegal aliens that if they come here and wait it out, eventually America will accept them and forgive them.

The Reagan amnesty was a catalyst, among other legal changes in the 70’s** and 80’s that created the massive explosion in illegal immigration. Since then, illegal aliens have been political props.**

Traditional conservatism is optimistic, and it is legal immigrant friendly.** It wants real reform to help lawful immigrants come to and be a productive part of America.  It is also a law and order philosophy, that rightly recognizes that a country is defined by its values, laws, and borders.

Elements of our country want an immigration time-out, and they want a zero-tolerance policy on all people here illegally.

For them, deportation and closing the borders to all, at least for a while, is the right move.  This movement has many factions, from the serious and substantive, to the fringe, radical, and even racist. It crosses the political spectrum and is drive some by economic anxiety and displacement.

The smallest, most fringe portion of this group is xenophobic. And, in the divided, angry, partisan world that is America, those on the left assume that anyone who isn’t for open borders, or anyone who is against illegal immigration, is a member of this small, irresponsible slice.

The truth is, most Americans support legal, responsible, thoughtful immigration.

It is also truthful that the overwhelming majority of thoughtful, responsible, Americans only support legal immigration.

It is the left’s fringe that supports radical, open borders, without regard to American laws.  As is always the case, the fringe exists on both sides of the distribution.  I would suggest that far more democrats support open borders and illegal immigration, than those American who blanketly oppose legal immigration.

America at a Cross-Roads:

America may be the world’s most powerful nation, but it is tiny relative to the world population. Innumerable peoples and cultures exist and opening our borders to any without regard to defining our values and expectations, as well as making sure new immigrants serve the greater American interest, is national suicide.

If you want to see what open borders, weak agreements, and non-enforcement due to a country, look at the American Indians.

America is great when she invites the hungry, the motivated, the liberty seeking, risk-taking, American-loving people of the world to come here … legally.

No responsible American cares from where they originate. We care about their character and values.  Period.  That’s what makes us the shining city on a Hill.

This fight among Americans is a fight for America. That is why reducing all the important considerations about immigration policy to one debate over DACA is dangerous. If you want immigration reform, amnesty, border security, or enforcement, then the negotiation over DACA must include everything that touches and concerns legal and illegal immigration.

Here is the trade I would make to provide a path to citizenship for a defined class of illegal aliens brought here as young children.

DACA Eligible under my plan

To provide this discreet group, which would be much smaller than the current 800,000 eligible, with a path to citizenship, I would require the following:

One of the many reason’s Mr. Trump defied political belief and rose to the Presidency was that American people can see through the lies and agenda of both parties in their complicity to ignore, if not encourage illegal immigration. Will Mr. Trump fix it?  Does he even fully understand all the issues?  We will see.

Americans may be generous of spirit with respect to young children the victims of their parents’ illegal acts, but they have zero sympathy for continued illegal immigration.  The DACA debate is the opportunity to fix this problem.  Granting amnesty instead would be truly dangerous for both parties.

** Editor’s Note: It’s worth reminding readers that “highlighted” words in online blogs are hyperlinks. In this case, the links drive readers to additional opinion and analysis on the subject. Sometimes these links take readers to news or data sources. The author here has been writing on immigration for nearly 28 years, and the issues are complex. The inclusion of links gives readers an opportunity to consider more of the subject already discussed.