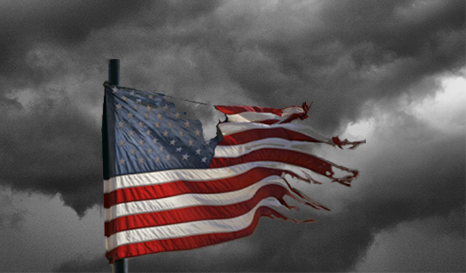 “A civil war has begun.”

So states Daniel Greenfield in his latest article entitled “The Civil War is Here: The Left Doesn’t Want to Secede. It Wants to Rule.” Not only does Daniel hit the nail on the head…he does so with a sledgehammer. I encourage you to read it…not only for the clear and concise look at our situation in regard to our Republic…but also because the rest of this article will reference much of what is in his article.

To begin, we believe Daniel is right. Without reprinting his article here, let me quickly tell you what he is right about so I can get to the meat of this article…which is to answer the question Greenfield does not: “What is the American course of action?”

The best line in the whole article is:

“The left had used its vast cultural power to manufacture a consensus that was slowly transitioning the country from American values to its values and agendas.”

Mr. Greenfield is absolutely correct. We have spent over a century allowing progressivism to take over our institutes of learning (it is no wonder that today’s news show increased radicalization on the college campus) and to slowly turn many Americans away from being Americans and towards the ideals of Marx and the left. They have been so successful, that I dare say a majority of U.S. citizens no longer even understand what it means to be an American, nor what the core American principles are.

The left has given up on even trying to hide that they are law abiding or interested in the liberties of the people. Their agenda is completely unmasked and they not only have the will to win, they are prepared to do whatever it takes.

As I stated above, go read Daniel Greenfield’s article in order to get the full understanding of what Americans are facing.

Greenfield discusses the current choices, and none of them are good.

“We can have a system of government based around the Constitution with democratically elected representatives. Or we can have one based on the ideological principles of the left in which all laws and processes, including elections and the Constitution, are fig leaves for enforcing social justice. But we cannot have both.”

It is here where Americans must pick up the ball. While Daniel is very good at diagnosing the problem, he leaves us with the question: Okay, what now? What do we do?

For those that did not suffer through a poor, indoctrinated childhood education…or were able to re-educate themselves after being deprived an education by their K-12 and college teachers and professors, then the solution will be easily recognizable. As an American, with the intent on protecting liberty, unalienable rights and the rule of law, our course of action is simple.  Simple … but not easy.

Your inaction means you have chosen sides with those against America.

Okay, let’s get down to it. My fellow Americans, you cannot shirk your duty here. You must, to use the vernacular of the infantryman, “lean forward in the foxhole.” It is now time to decide if our Republic has even a chance of saving itself…or if we will head into a thousand years of darkness.

The American course of action is very simple. In order to combat this assault on liberty and the rule of law, we will need to be resolute. We can no longer afford to sit back and just let the left vent. To let it act out. As Daniel Greenfield stated, the left means to rule. Will you allow it?

We must at every turn get in the face of the left and deny it even an inch. When college professors want to turn our universities into indoctrination camps, instead of places of free thought and debate, we must defund those universities, especially public institutions.  We need to find competent administrators who will not confuse anarchy with liberty, or shrink in fear of political correctness.

When leftists decide they want to riot and destroy America, we must come down with the brutal hammer that is the rule of law.  We must prosecute rioters to the full extent of the law. Law enforcement and National Guard should be used if necessary, making it a painful experience for those who riot, destroy and hurt others.

We must do everything we can to retake our schools and to force into the educational system our core American principles, ideals, and history. That means all of us, even those without children or parents with older children no longer in the educational system… we must begin to show up at our state houses and school systems…and stand our American ground. We must target leftists in power and work to replace them with those who respect our laws, our American principles, and our common American values.

As I stated in a recent article (The Numbers “5” & “2” Are All We Have Left), we really only have two powerful courses of action remaining to Americans. Daniel Greenfield has absolutely given those two courses of action validation. We must retake our country from its current rulers using the tools our founders gave us.

Greenfield concludes his analysis with a piercing view of the stark differences between the treasonous left and Americans. He concludes, quite rightly, that the outcome of this war between the two “will determine whether we will be a free nation or a nation of slaves.”

“THESE are the times that try men’s souls. The summer soldier and the sunshine patriot will, in this crisis, shrink from the service of their country; but he that stands by it now, deserves the love and thanks of man and woman. Tyranny, like hell, is not easily conquered; yet we have this consolation with us, that the harder the conflict, the more glorious the triumph. What we obtain too cheap, we esteem too lightly: it is dearness only that gives every thing its value.”

My fellow Americans, the civil war by the anti-American left is here. It isn’t going away until there is a winner.  You are left to decide if you will allow our birthright of freedom to perish on your watch, or whether the great experiment of our Republic and the values of liberty will be handed down to our children and grandchildren.

As Paine stated elsewhere: “Time hath found us.” Are you hiding from it … or will you stand and be counted as an American?