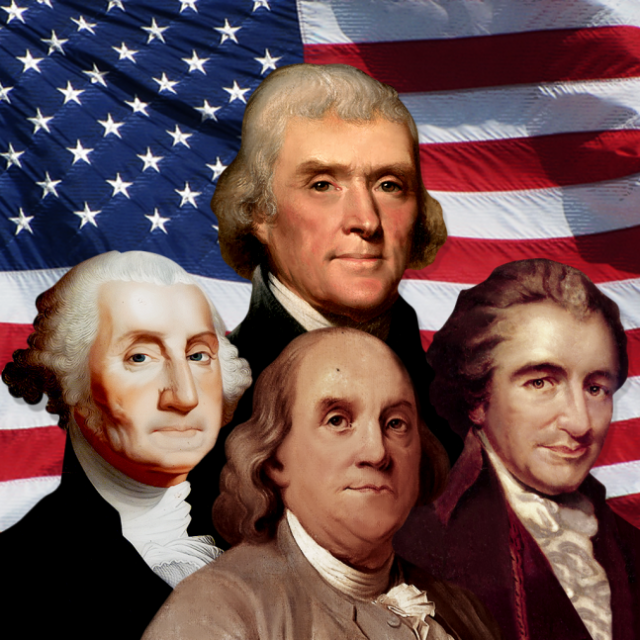 “Americans never win anymore,” candidate Trump once blathered.  Au contraire!  The defeat of #Trumpcare was decidedly an American victory over both political parties … and hence a win for all Americans.

The two major political parties may be “necessary” evils, but let’s not lose focus on the evil.  Parties serve parties.  That reality means Americans come second to party politics.  The defeat of big government healthcare 2.0 was a win for a dwindling number of Americans who care for and hold dear the principles of liberty.

The whining and teeth-gnashing of GOP party types in the face of the Trumpcare failure is notable.  Republicans wrongly thought that conservatives … the last bastion of Americans … would embrace a big government policy if only to hand a political loss to the democrats.  Wrongo.

Conservatives may have come home to push a non-conservative Trump over the top against Hillary Clinton.  Picking the lesser of two evils to lead the country is far different than being forced to put one’s name on a bill that is anathema to every conservative principle.  The election handed conservatives a miserable binary choice in the eyes of many.  Making public policy, however, offers many choices. Conservatives insist that when we make those choices, we actually adhere to conservative, American principles.

Americans should praise conservatives for putting country over party and principle over politics. Sure, Trumpcare was marginally better than Obamacare.  It cut taxes, ended funding of Planned Parenthood, opened healthcare choices a bit more, and was less expensive over-time.  It was, however, still regulated, redistributed, mandated, big government.  Those principles are not just at odds with conservatism, they are anti-American.

For nearly 80 years, we have not had a free-market healthcare system.  In fact, the greatest failure of the “system” has been that we meet each socialist foible with new mandates, regulations, and price controls.  Remarkably, none of these left-wing, anti-liberty prescriptions fixed the “problem” of higher costs.  No kidding. Go figure.

The democrats are publically crowing about the failure of Trumpcare.  They shouldn’t.  They played no role in it.  No democrat was ever going to cast a vote to repeal or replace Obamacare.  That party defines party-line, drone voting.  No democrat was ever going push for a market based system where their constituents paid for their own healthcare.

This fight was always a battle between big government republicans and Americans … that is conservatives.  One was fighting for a political win with fringe benefits for its special interests, and Conservative fought for liberty and free markets.

Some people get mighty angry when you question their “Americanism.” Tough tiddlywinks.  Being an American is not merely a birthright label.  You earn your American stripes from your actions in defense of liberty and limited government.  Being an American may be many things, but being a party-first flak is not among them.

The disorders and miseries which result gradually incline the minds of men to seek security and repose in the absolute power of an individual; and sooner or later the chief of some prevailing faction, more able or more fortunate than his competitors, turns this disposition to the purposes of his own elevation, on the ruins of public liberty.

Liberals, progressives, and even big government republicans often ridicule our founders.  One often hears the sneering elitism that shuns the views of our Founders.  For sure, our founders were not infallible.  I can hear hipsters asking, “What does a bunch of old dead white guys know about ‘modern’ America?”  Apparently, they know a lot more about America than young ignorant hipsters with degrees in glass-blowing.

President Washington sure pegged the evils of parties, and he properly identified the foolishness of partisans who agitate our community with ill-founded jealousies and false alarms, kindling animosity and fomenting riot for their respective side.

For the record, whatever Washington’s failings were, predicting the rancor, division, and political animosity that divides our country was not among them.  He knew these super-smart, sophisticated, progressives, 200 years before they would turn on their country for their party.

He knew that political parties serve factions … and not American liberty.

The healthcare debate is part of the ongoing struggle to reclaim our country from those who want to convert liberty into one man’s obligation for the success of another.  The debate is about the power of government, at the point of a gun, to rip liberty from one man and redistribute its dividends to another.  There is nothing very much American about that.

The conservatives refused to tow the GOP party line.  They refused to play politics with liberty and limited government.  For that reason, all Americans are the winners, even those who don’t yet know it.

Now, it’s time to repeal Obamacare.  That is what the GOP fears more than anything.  Giving a citizens the rights of another man’s treasure is easy; taking it back has never been done … short of revolution.