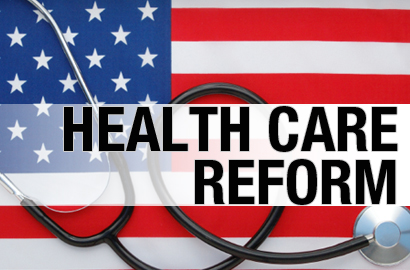 Let not your heart be troubled about the new “Obamacare Lite” GOP health care reform bill.  It’s designed to get more conservative.

If you know anything about Donald Trump, you know that he is all about the Art of the Deal.

Rule number one in negotiation strategy is to always open with a bid that includes many things that you don’t mind giving up so the end product has as much as possible of what you really wanted in the first place.

Seen in that light, the make-up of the GOP health care reform bill introduced yesterday with President Trump’s support gives us a lot of insight into the direction that he intends to go in his negotiations.

The new health care reform bill retains several provisions of Obamacare that are onerous to conservatives, as noted in a Facebook post yesterday by Richard Kelsey:

1) It does not fully and completely deregulate healthcare insurance.

2) it attempts to rename and re-calibrate the Obamacare Tax as a mandated insurance company healthcare premium.

3) best I can tell, it does nothing to address the corollary problem of permitting those who opt out completely to then push their medical care costs off on hospitals in the name of “emergencies”

4) It does not encourage doctors and healthcare providers to go effectively and with lower costs directly to consumers if they deem that a better option.

Personally, I don’t expect health care insurance to be “fully and completely” deregulated, but I agree with Rich that a great reduction in the overregulation of health insurance is needed.

I would also add that the current bill doesn’t permit the sale of health insurance across state lines, which alone would dramatically reduce premiums by providing an expanded market for competition.

So, given that this health care reform bill retains much of the status quo desired by the Democrats, we can conclude that Trump does not intend to negotiate with the Democrats.

Think about it.  If Trump’s plan was to reach a compromise with the Democrats, he wouldn’t have started the process giving them so much of what they want.

No, this bill makes it clear that Trump intends to negotiate with congressional conservatives to make the bill considerably more conservative.

This draft gives Trump the ability to give up a great number of provisions that he really doesn’t like anyway and to “concede” on things that actually wants to see included in the bill.

The country will see a negotiation that shows compromise between Congress and the president, and the end result will be a good solid conservative health care reform bill.

Of course, the Democrats will scream about being left out of the process, but Trump knows that they have no moral ground from which to launch their protests considering that they left Republicans out of the process of writing and passing Obamacare in the first place.

So, let not your heart be troubled.  This unacceptable “Obamacare Lite” bill is just the beginning of a process engineered by President Trump to get to the kind of conservative health care reform that we all want and that will best serve the country.