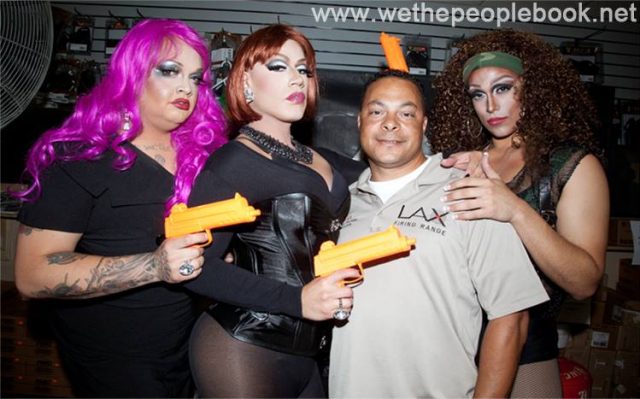 Rich Kelsey has put forth the notion that we are headed for a new civil war.  He’s not alone in that belief.  Dennis Prager, who has probably influenced my own thinking more than anyone else, has also said the same.

Both are brilliant men, but I believe both are wrong about this.

Are we ideologically divided?  Yes.  But we’ve been ideologically polarized many times before without going to war with each other.

In the 1930s, President Franklin D. Roosevelt initiated a radical shift in how our country operates through a “New Deal” that vastly increased the size and scope of the federal government beyond anything previously considered (especially by our Founding Fathers).  Conservatives were outraged at what they justifiably feared was the introduction of socialism into our intrinsically capitalist society, and they were quite loud about it.

But they didn’t take up arms, and eventually passions cooled.

In the 1950s and ’60s, the courts overturned decades of laws and policies designed to segregate blacks from the mainstream of a white-dominated society, and southern whites were outraged. Many took to the streets, blocked the entrances to schools and even closed some of the schools, and in some horrible instances committed atrocities such as lynchings and burning black churches.

But the South did not “rise again” with arms and declare war, and eventually they accepted this social evolution.

At the same time, the left was justifiably outraged at the treatment of blacks as second-class citizens and determined to rectify this injustice.  Most did so through marches, sit-ins, and other forms of protest that, for the most part, were non-violent.

They did not take up arms, and eventually reason prevailed.

These young liberals concurrently opposed American involvement in the Vietnam War, and they again expressed their opposition mostly through non-violent activism.

They did not go to war against their country, and eventually the Vietnam War ended.

We had North against South, young against everyone over 30, blacks against whites, liberals against conservatives, doves against hawks, feminists against men, all fired up at the same time.  But other than on the extreme fringes, no one took up arms.

Today is no different.

Yes, like in those other bygone eras, there is a tremendous polarization between leftists and conservatives resulting largely from eight years of radical leftist governance followed by the election of a nationalist paleoconservative moving sharply in the polar opposite direction.  This polarization has been exacerbated by the fact that most people now get their news and information from agenda-driven sources that validate and reinforce their already existing ideological views.  The result is that people live in echo chambers that convince them that their views are so obviously correct that anyone else with a different point of view must either be incredibly stupid or have malevolent intent, which in turn causes us to think of political opponents as enemies.

And so, yes, we see fringe leftists rioting in the streets, destroying businesses, burning cars, physically assaulting Trump supporters, boycotting Senate committee meetings, shouting down speakers with whom they disagree, giving sanctimonious speeches at awards ceremonies, crying, sitting shiva, and seeking safe spaces.  And while the right has not resorted to violence and destruction – even when the radical left was in control of the government, many have resorted to juvenile name-calling and bigoted denunciations of entire religions.

But no one has taken up arms.  And they won’t.

Why?  Well, for one thing, it is only a very small fringe on the left that is truly radicalized.  They get a lot of attention in the news media because (1) they provide drama that drives up ratings, and (2) the establishment news media share their radical views and passions.  But the vast majority of Democrats and others on the left go about their lives in the same way that everyone else does. They go to work, raise their kids, participate in community activities, and hang out with family, neighbors, and friends.  The closest most people ever come to political activism is a friendly (or even spirited) discussion over dinner or maybe venting on social media. 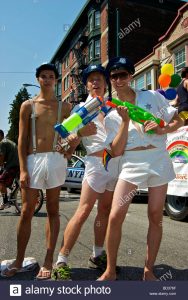 Remember, loud does not equal strong.  The percentage of Americans who are so impassioned that they would ever want to take up arms is so slight that they could never mount a force of any meaningful size or strength. (And you have to wonder how a movement opposed to gun rights would fight a war anyway.)

As I wrote the other day, the Democrats and left generally are making a lot of noise, but they do not have the numbers or power to be able to actually do anything.  They are irrelevant.  And so, they will continue screaming, demonstrating, pontificating, and generally making asses of themselves.

But start a war?  Please.