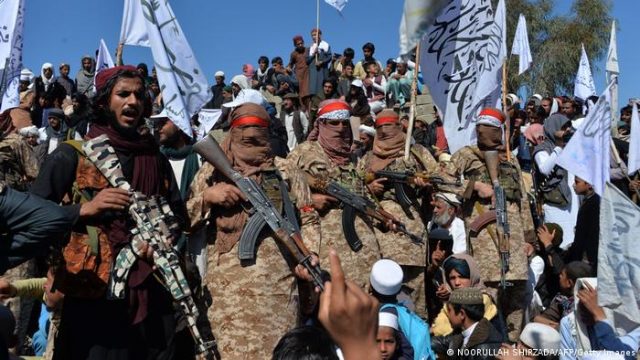 Joe Biden has the distinction of having done, by far, more damage to our country in less time than any other president in history:

1. In a matter of a couple weeks he erased 20 years of American progress in a country that helped wage war on us and left that enemy more firmly in control of that country than it was before we got there.

2. He gave that enemy local and regional legitimacy that it never had before.

3. He handed them $83 BILLION of high-tech equipment and weapons, including a biometric database that will help them identify and find Americans that Biden has announced he is going to leave behind.

4. He committed treason by intentionally giving the names of Americans and Afghan allies to the Taliban, thereby virtually assuring that they would be captured, tortured, and murdered.

5. He ignored the advice of our country’s ENTIRE intelligence apparatus and his ENTIRE national security staff and UNILITARALLY insisted on withdrawing our troops from Afghanistan immediately without any plan.

6. When the catastrophic consequences of his arrogant and reckless decision came to bear, his solution was to blame his predecessor and respectfully “request” that our enemy permit us to stay longer, and then he immediately capitulated when they refused even though he knew it would mean abandoning thousands Americans and allies to their wrath.

7. He surrendered the massive lithium (and opiate) resources of Afghanistan to our most dangerous adversaries, China and Russia.

8. He sent a message to the world that America is not a reliable ally as long as he is president, thereby making it virtually impossible to rally them in the future to our cause if we need them and reducing international respect for our country to the lowest level since before World War I.

9. He has refused to be accountable to the American people for his actions, even through his drooling “news” media allies who work to protect him, by answering only 5 questions about the situation in Afghanistan since the crisis he caused began – and answering one of those questions about his plans (if any) to protect Americans that he is leaving behind with a non-responsive sarcastic jab.

10. He routinely misleads the American public through his various partisan spokesmouths with “information” that is proven by witnesses on the ground in Afghanistan to be false.

11. Meanwhile, at home he has mismanaged the COVID crisis so badly that even with a highly vaccinated public we are returning to all-time highs in hospitalizations.

12. He won election by giving dishonest assurances to govern as a reasonable moderate and gave an inauguration speech centered on promises to unify the country, but he then has governed by working exclusively with his party’s most partisan congressional leaders to impose the most radical leftist policies in American history on the American people and refusing to work with the other party or anyone who disagrees with him.

13. He has ended the historic energy independence achieved by his predecessor for the first time in over 70 years and instead has resorted to begging the primitive countries of OPEC to increase their supply so we can buy it from them at whatever prices they wish to impose, resulting in an overnight doubling of gas prices on the American people.

14. He invited people from Central and South America to try to enter this country illegally and ended his predecessor’s successful policies that ended the illegal immigrant crisis, leading to the highest level of illegal entries into our country in history – during a pandemic – and creating a humanitarian crisis that has left thousands of children parentless, sick, homeless, and impoverished.

15. He has insisted on continuing to redistribute income from working Americans to subsidize those who don’t want to work, resulting in a severe labor shortage.

16. He has focused his attention on trying to pass a massive and unprecedented $5 TRILLION tax-and-spend package that would impose every Marxist dream his party ever had on the American people, cause inflation on a level never seen before in this country, and burden our kids and grandkids with an unmanageable debt that ultimately will collapse the economy altogether as has happened in the welfare states of numerous European countries.

17. He actively promotes policies and programs designed to cause racial division and resentment and ended all policies designed to ban such overtly racist programs.

18. He ordered that these racist programs be implemented in the United States military and that the implementation of these programs be the military’s highest priority, thereby contributing to the military’s unpreparedness for the withdrawal in Afghanistan, which in turn led to the deaths of 13 service members to date.

19. He undermined confidence in the American justice system by convening a “task force” to “study” (i.e. try to give legitimacy to) packing the Supreme Court with partisans who can be relied upon to disregard the Constitution to empower the Democrats’ with free reign to impose their Marxist agenda on the American people.

20. He tried to end America’s existence as a constitutional representative republic by working to force through Congress a bill to federalize elections in order to give his party unilateral control of the country’s entire electoral system at all levels and make it impossible for any other party to ever win elections.

21. He extended an unconstitutional diktat that prohibited property owners from collecting rent contractually owed by tenants who continue to have the benefit of using those properties, and he did so while publicly acknowledging that his action was unconstitutional, thereby forcing the Supreme Court, yet again, to stop him.

22. He announced his intention to reenter an accord with the most radical Islamofascist regime in the world that would give legitimacy to their efforts to obtain nuclear weapons to, in their own words, “wipe Israel off the map.”

The dangerous combination of Clueless Joe’s arrogance, incompetence, and senility makes him an existential threat to our nation. It is imperative that our nation’s leaders immediately demand his resignation and immediately remove him from office if he refuses.

Why President Trump Can’t be Convicted … and Other Inconvenient Truths