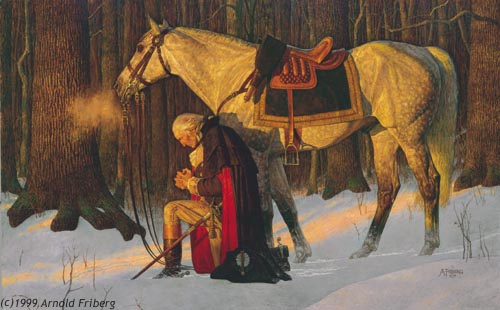 It has become fashionable to call the holiday that we observe today “Presidents Day,” but it’s not.  Under 5 U.S.C. § 6103(a) of the Federal Code, today’s holiday is George Washington’s Birthday.  It must always remain so.

This is not picking nits.  It matters.

In America, we honor people not for what they are but for what they do.  That’s why we do not treat the office of the presidency like other countries treat their monarchies.  We are a country in which the president is a servant of the people and has only those powers that we agree in writing to allow him to have.  As our founding document, the Declaration of Independence, declared to the world, “Governments are instituted among men deriving their just powers from the consent of the governed.”

So, we do not celebrate all of the men who have served as president.  Indeed, not all of those men are deserving of such adulation.  Do we really wish to honor those presidents who disgraced their office, like Warren Harding, Richard Nixon, and Bill Clinton?  Do we really wish to honor those presidents who served honorably but incompetently, like James Buchanan, Jimmy Carter, and Joe Biden?  Do we really wish to honor President William Henry Harrison, who was so vain that he delivered the longest inaugural address in history outdoors in the middle of a snow storm and then died of pneumonia a month later?  Would we really place Martin Luther King, Jr. ahead of George Washington in the pantheon of American heroes by giving Dr. King his own holiday but grouping Washington in with Franklin Pierce and Chester Arthur on “Presidents Day?”

George Washington did not ask to be the leader of the Continental Army.  He was asked to assume that role by the Continental Congress, and he accepted the job believing he was not qualified.  He led forces who had virtually no military training against the greatest military force in the world.  And he kept his army united and persevered by inspiring the loyalty of his troops through the sheer force of his character.

At the conclusion of the Revolutionary War, when King George III learned that Washington was going to voluntarily resign his commission to an essentially powerless Congress, he is reported as having called Washington “the greatest man in the world.”  For once, King George was right.

Eight years after the American victory in the Revolutionary War, our Founders unanimously recruited Washington to preside over the Constitutional Convention that was called to deal with the failures of the Articles of Confederation. From this convention emerged the greatest document ever to be written by the hand of man:  The Constitution of the United States.  Then, despite the many political and philosophical differences that divided the leaders of the various states, George Washington was unanimously elected to serve as our first president under that new Constitution.

Having assumed the presidency with unanimous support, Washington could have been king.  Monarchy was the only form of government that the Founders had ever seen in action.  A government truly emanating from the consent of the governed, as nice as it appeared on paper, had never been attempted and was believed by many to be unworkable.  But Washington believed in government of, by, and for the people, and he refused monarchical powers, insisting on limiting his powers strictly to those specifically enumerated in the new Constitution.  And after reluctantly agreeing to offer himself for a second term, again being elected unanimously, and again serving with honor and distinction, he did something unprecedented in human history:  He voluntarily gave up his power and handed it over to another man elected by the people.

This column was originally published on my former political blog, Ken’s Colloquium, on February 21, 2011, and it was later republished at Bearing Drift.  It is my tradition to repost it every year on George Washington’s birthday (observed).  Minor revisions have been made in repostings.

The Genealogy Of Our Constitution