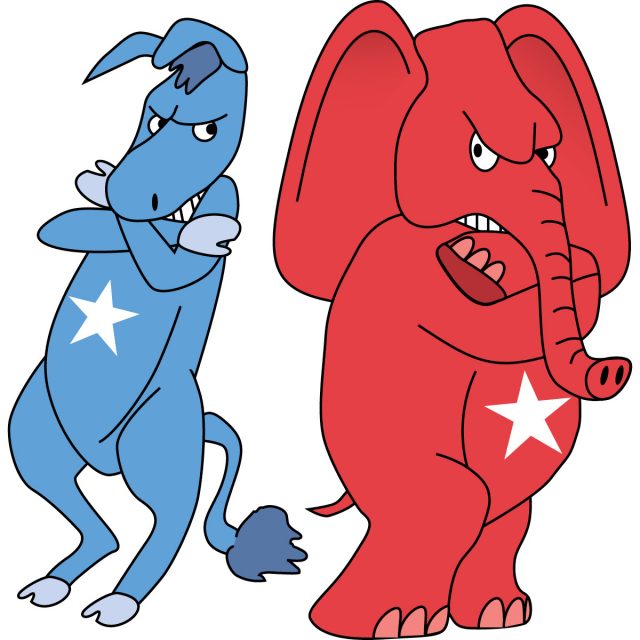 America had one helluva week last week. By any measure, the theater, politics, and power plays last week rival any week in American history.

Unless you completely disengaged from the Internet, television, and other media outlets, then you were immersed in something that one one level was extremely entertaining… and on another, quite shocking and disturbing.

Of course, I am referring to the hearings this last week concerning the Supreme Court nomination of Judge Brett Kavanaugh. What had been pretty much smooth sailing throughout the nomination process, turned dark and ugly when the news came out of allegations that Kavanaugh had engaged in at least one act of sexual assault when he was a teenager in high school.

Politics at a Whole New Level

As Judge Kavanaugh and the Republicans tried to react to this news, I pointed out at the time that Dr. Christine Blasey Ford, who was the accuser of Kavanaugh, would not be the only accusation. I stated this right from the beginning, as this whole thing began to smell wrong. I in fact stated that there would be four accusers, for which I ended up days later being proven correct.

The hearings only addressed the other three accusers, as the subject of the hearings this last week were the accusations of Dr. Ford. And while my colleague, Richard Kelsey, dug through these hearings and the accusations this last week (you can find comments and videos Richard published on our Facebook page), I am writing here to talk about the outcome of the week. And to also talk about where this leads us.

For so many reasons, the accusations against Judge Kavanaugh can be considered to be “dead in the water.” First, Maryland had a statue of limitations on what would be criminal charges in 1982. So, Judge Kavanaugh cannot be charged criminally. Second, much of Dr. Ford’s letter, and testimony, is quite vague. So much so, that no credible investigation can possibly provide evidence to decision makers which would provide them with the ability to come to rational and evidence-based conclusions.

In my time with the Army, I served four years as an inspector general (IG). As a Federal investigator, I was charged many times to look into allegations of wrongdoing by military members and civilian employees. The information provided so far by Dr. Ford and others would not provide me with enough evidence to approach the commanding general and request authorization for an investigation.

Dr. Ford’s accusations lack many key inputs, to include the lack of specificity concerning the date, the location of the supposed attack, other witnesses who can verify the party took place or other eye witness testimony that would back her story. In fact, there is some evidence that parts of her story lack credulity. Such as there are pictures out concerning the Potomac Village Safeway portion of her testimony, where Dr. Ford stated she had an encounter with Mark Judge (another alleged assailant). The problem with her story is that while pictures of this Safeway today show it has two doors, the pictures of the same Safeway in 1982 show that it only had one front entrance. Dr. Ford stated that soon after the attack, her mother and her had visited that Safeway, and that her mother had entered through one door and she through another one. Based on the photographic evidence we have seen, that just was not possible.

As an IG, i found many times that people will embellish their stories to make them more believable. They will add to what they remember, or leave out key items. Is it possible that the Safeway story actually happened, but she is just miss-remembering what happened there? Is it possible that her remembering the Safeway as it exists now clouded her remembrance of what happened that day? Is ti possible that she did meet Mark Judge after the alleged assault, at that Safeway, but did not remember it clearly? All of these questions can be answered in the affirmative.

The problem here for Dr. Ford is that many times she stated with certainty the actions and activities surrounding this alleged assault. Yet, in just investigating this one event that she was certain about, there appears to be evidence that either Dr. Ford is not recollecting the event correctly, or she is being dishonest. This should then cause pause for everyone in regards to all of her testimony, to include her supposed surety in regards to the alleged attack.

The Democrats all week kept asking for FBI investigations into the alleged assault. They hammered the GOP, right up to the minutes before the vote to send Judge Kavanaugh’s nomination to the Senate floor. The mantra by the Democrats was “why the rush?” They event asked Judge Kavanaugh, during his testimony before the Senate, to request the Trump Administration hold the nomination and order the FBI to conduct another background check, in regards to these allegations.

This mantra was repeated so often, that with minutes to go before the committee vote, Senator Jeff Flake (R-Arizona) announced his intention to vote affirmatively to send Judge Kavanaugh’s nomination to the full Senate, but only if it would then be paused for a week long investigation by the FBI.

The FBI has already begun looking into this request by the Senate. It may conclude earlier, but will likely do so later this week, after fully going back through the evidence. The FBI are also likely to question key witnesses in regards to this matter, including those that Dr. Ford stated attended this “gathering.”

The problem here for the Democrats and this allegation is that the FBI is not likely to return any new or earth shattering evidence for which the Senate can conclude that this event occurred as Dr. Ford stated. Why do I say this? Well, first of all, the FBI has already completed background checks of Judge Kavanaugh. Considering the four allegations against him, it is highly unlikely the FBI would not have found some evidence of these events and reported them already to the Senate.

The second reason is that these witnesses (e.g. Mark Judge) have already submitted sworn declarations, under the penalty of possible perjury, that they do not remember this gathering or anything else connected with this alleged event. For one or more of them to now provide information concerning this alleged event, would mean that they would have to go back on what they already stated, which opens them up to criminal charges. This is not likely to happen.

The Democrats are not stupid. They know the things I stated above. So why are they pushing so hard on this, why push so hard for an FBI investigation?

Well, this is simple.

You see, the first thing you will observe (and we have already begin to see this in the news) is Democrats saying one week is not enough time. They will demand that the investigation remain open, the nomination stalled, so that more information can be gathered. Please remember, it was the Democrats that requested the one week investigation. “Why not just delay ONE week” was their siren song. But that was never what they wanted, never their end game.

Their goal is to delay, delay, delay. They want to delay in hopes of gaining the House and Senate in November, and block Trump from any of his picks to the SCOTUS, including Kavanaugh. They understand that with Judge Kavanaugh on the court, and Trump getting at least one more seat to nominate, should he be re-elected, that their decades-long agenda of using the Court to push through unconstitutional and anti-American programs will come to a screeching halt for decades. It is possible that some of their gains in the past (e.g. Roe v. Wade) might be reversed.

This is why the left is fighting so hard, and using anything and everything they can to fight this battle. As I stated in my article last year (Civil War is Here: The American Course of Action), the left means to rule. And if getting power means destroying people, including judges seeking to be placed on the highest court in the land, then so be it.

For the next week, the Democrats will push hard to have the FBI investigation remain open, and to delay the Kavanaugh nomination indefinitely. They will try to pick off a couple of wavering Republicans to join them in this call, just as they picked off the retiring Senator Flake last week.

Ultimately, the FBI will return something for the Senate to review. Their report may state that they find no new evidence of any significance. They may also come back with some evidence that supports bits and pieces of Dr. Ford’s testimony, but that such evidence provides no clear way forward or enough evidence that the alleged attack occurred.

That will not matter to the Democrats. They will seize on whatever little bit of chaff they may find in the report, in order to attack Judge Kavanaugh and demand that the Republicans vote down his nomination. Under this assault, it is not certain if they will be successful in picking off at least two Republicans in order to tank the Kavanaugh nomination.

November Midterms and Beyond

The Democrats will use this whole circus in order to try to mobilize their base to get out in November and help them regain power in Congress. While polls show it is likely they will regain the House, it is an upward battle for the Democrats to regain the Senate. But not impossible, especially if they can use these events to get out the vote.

For the Republicans, they really have only one route that may spare them losses in November. This route may actually help them retain control of the Senate, and possibly the House. The only true route available to the GOP is to confirm the nomination of Judge Kavanaugh by the end of the week-long delay. By doing so, they would lock down the hardcore Trump supporters, and provide fodder for those running for office this November, in order to paint the Democrats as radical and feckless.

The next 5 weeks will be turbulent. The times we live in now, the chasm in our politics between the left and the right, only serve to provide the fertile ground for more events as we have been witnessing lately. The derision, mud flinging, and attacks are likely to worsen.

What the really big questions are: what will Americans do and when will they say “enough?”