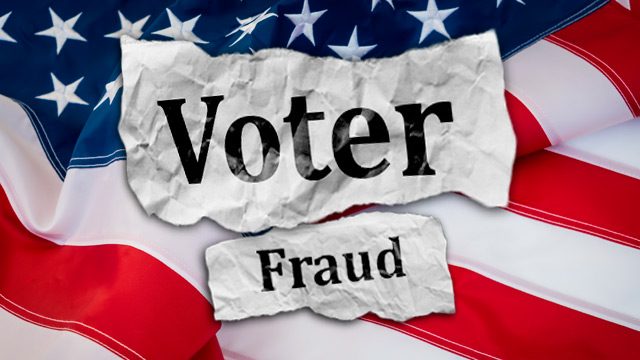 A blockbuster lawsuit filed in Federal Court alleges that 100,000 noncitizens voters are on the rolls, registered to vote in Pennsylvania alone. The suit attaches evidence it says shows that some of those voters have actually voted.

The Public Interest Legal Foundation, following up on its work and studies of noncitizens voting in Virginia and New Jersey, alleges that Pennsylvania officials have known about this problem for years and that illegal aliens have been registering and voting in the state “for decades.”

He said the Commonwealth admitted to a “glitch” in its voter renewal process dating back to the 1990s that allowed noncitizens who applied to renew driver’s licenses the option to register to vote.

Citing pending litigation, Pennsylvania officials wouldn’t respond to a Washingon Times inquiry about the lawsuit, nor would they comment on the allegation of 100,000 noncitizen voters.

The news story broke on Monday with a press release by the PILF, and by late afternoon a google search produced only one national or local story on the Federal Lawsuit, and that was the story by the Wahington Times.

The allegation of such a large number of noncitizen votes in one state lends credence to emerging academic work that shows through statistical analysis that anywhere from 38,000 to nearly 5.7 million noncitizens might have voted in the last Presidential election.

The 100,000 number cited in the new federal lawsuit comes from Philadelphia Commissioner Al Schmidt, who revealed the glitch in the state motor vehicle bureau’s systems that prompted noncitizens to register to vote.

The PILF has been fighting for records about the glitch, and the suit stems from that fight, However, the group did manage to obtain some records from local officials and filed those finding as exhibits to their complaint.

In one instance, a man identified as Felipe Rojas-Orta canceled his voter registration last year, filing a handwritten note admitting he was not a citizen. He had been registered as a Democrat and he also voted in three separate elections, including in the 2016 Presidential race.

Another woman had her registration canceled in 2006 as a noncitizen, but then she re-registered to vote twice — and voted in some elections. The lawsuit alleges she is still listed as an active voter in the system.

The federal “motor-voter” law requires states to make voter registration available at motor vehicle bureaus, but also pushes states to try to keep their voter roles clean. Under the law, private parties can sue to press states to perform the cleansing.

Information for this story was derived from multiple sources, including the Washington Times, Public Court Records, and the PILF website.