You would think the MS-13 issue might have taken down Democrat Ralph Northam’s chances in the Virginia election?  You might also think Northam’s connection to America’s most dishonest and racist political ad would do him too.  In the year when a sentient democrat s would have won the election by not less than 8 points, is there any single issue that can push the superior GOP candidate Ed Gillespie over the top?  Probably not.  However, each day, team Northam works hard to blow the unlosable election. Ironically, If Northam loses, it won’t likely be on any political issue, but it could be all those issues and the weather raining down on him.

Democrats don’t like the rain, or the snow, apparently.

The forecast tomorrow in Democrat-rich, anti-Trump, home-of-the-resistance, Northern Virginia is pure misery. Temperatures will be in the low 40’s, with increasing rain and wind.  It’s a miserable day to go out, and traffic will be classically horrible.  Moreover, as some rush to the polls before their early close, traffic may snarl.  Or, the thought of standing in the rain may dissuade even devoted democrats. Maybe.  These are the dreams of GOP political strategists.

Do Democrats really hate the rain?

Social scientists have long debated whether bad weather is good or bad for either party?  The GOP likes to say pray for rain in any election. The last time I ran for office, it was sunny and nearly 80 degrees.  Unfortunately, I was a conservative running in the people’s republic of Arlington County, Virginia. Despite winning all 18 debates, according to the local paper, I had democrats seemingly parachuting in to vote against me … and George W. Bush.  He wasn’t even on the ballot, but it sure felt like he was. With democratic sample ballot in hand, scores turned out to tell me what a no-good SOB George W. Bush was as they headed in to vote against me.

I still blame that loss on the weather, and the nearly 78% democratic majority.

Is bad weather really a good factor for Republicans?  They could use one.  They have always believed that bad weather hurts turnout, and lower turnout hurts Democrats.  If you ask some Republican strategists, they will simply tell you that the Democratic base often includes many voting constituencies who do not regularly vote, and thus need to be “turned out.”  In reality, Democratic voters are likely no less fickle than casual GOP voters.  Many think bad weather more adversely hurts Democrats who often fight with public transportation to get to the polls.  Theories abound, but is any of it real?

If you are a smart, educated, civic-minded, politically oriented person, this sounds crazy.  The idea that rain would stop you from voting is probably silly.  It would not stop me.  However, not everyone is like me or you.  Most Americans pay very little attention to politics.  In years when no President, Senator, or US Congressman is on the ballot, turnout nosedives.

In fact, this year’s Virginia Governor’s race is as close as we get to a “big” election across the entire country.

With cold rain coming, will this one last factor in the ultra-low turnout election help the little engine that is Gillespie?

This all begs the question … is bad weather really bad for the Democrats?

According to this scholarly paper, bad weather is indeed bad for turnout and particularly bad for the Democrats.  Rain by itself can cost a democrat 1% of the vote in an election.  Apparently, Northern Virginia being the home base of MS-13 is bad for Democrats, but not as bad as rain.

Here is the good news for Northam:

Nearly every reputable poll, including several breaking on the Monday before the election, places him ahead of Gillespie. After 2016, some people are rightly skeptical of polls, and state polling is generally a little less reliable than national polling.  However, state polling does properly pick a winner.  That is to say, national polls had Clinton winning in 2016, and they were right on the numbers. She just didn’t get those votes in the right places, and thus Mr. Trump won easily. If the Virginia polling is as correct, Northam will win.  We have no Gubernatorial electoral college.

On the flip-side however, state polling operations can be less-sophisticated, with fewer resources devoted to them.  So, are they reliable?  We will find out.  One would have to be ignorant to ignore the clear majority of polls putting Northam ahead.

All that bad polling for Gillespie squares with my long, extensive, multi-factored June analysis where I painfully walked through all the reasons why Gillespie would lose likely by 8 points or more.  Of course, I hedged my bet when I adroitly reminded readers that all elections turn on events and that Northam is not a good candidate.  I sure was right about that.

Northam has worked hard to ensure my prediction would be wrong.  Has he worked hard enough to make Gillespie a winner?  Other factors are at play as well.

The good news for Gillespie is that the Lt. Governor’s race has gotten zero coverage, and what little has emerged is not good for Democrats.  Likewise, Republican John Adams has run a strong campaign against Mark Herring in the Attorney General’s race where Herring finds his record, background, and conduct under withering fire.  Putting aside my obvious issue with Herring, Adams is transparently a superior lawyer.  One man clerked for the Supreme Court, the other guy is the functional equivalent of a legal burger flipper in comparison.  Not one serious company would hire Herring over Adams.  Unfortunately, voters are stuck in a team versus team mentality.  If this were an election on the quality of a legal resume, Herring would have brought a knife to a nuclear war fight.

Adams has run well, and neither Fairfax nor Herring have added to the Northam ticket.  All of that helps Gillespie.

The weather may play a role here, and for sure it looks bad. Still, I have Northam pulling this out in the year of anti-Trumpism in a deep blue state.  I think Northam would have won this election by as much as 10 points if he were competent and if he hadn’t jumped in a pile of political macaca of his own making.  The resistance will turn out in sufficient numbers to push Northam over his own tomfoolery.

I am certain Gillespie will out-perform his polling. Real Clear Politics has Northam at 3.3%.  I think Northam will win by 2.5%.  Even if the rain cut down turnout by 1%, Gillespie will fall short.

The big event to watch in this race is the finish in the Attorney General race. Of course, that race relies on how close the Governor’s race will be.  If the Gillespie loses by less than 1.25% on the GOP side for Governor, I predict that Democrat Herring will lose his race.  I now believe that Herring will trail his Gubernatorial candidate by nearly 1.35% of the vote, with most dropped votes coming in that race.  I believe this because a strong, independent Virginia voting block can see through a transparently flawed, unethical lawyer.

I admit that I have a strong rooting interest, but if there is an upset tomorrow in Virginia it will be Adams over Herring in the AG race.

My legal predictions tend to be much better than my political predictions, so each side can take heart in that reality.  Unfortunately, with the stars aligned against him, Gillespie will need about 8 inches of snow to win tomorrow, which according to the scholarly paper I cite, might get him around 4 points.

Please … God … let me be wrong.  Rain down upon me the error of my analysis. 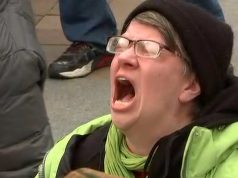