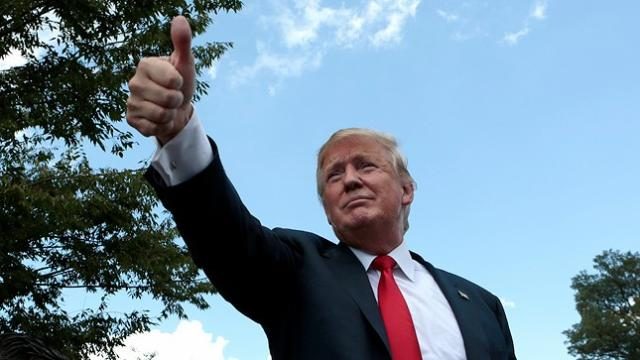 If you’re like me, you have applauded President Trump as he has used his pen to sign executive orders systematically undoing almost everything that President Obama claimed as his “accomplishments.”

Paris Climate Accord? We’re out.

Trans-Pacific Partnership? We’re outta that one too.

Appeasement of North Korea? Not anymore.

The Iran nuclear deal? On life-support.

Donald Trump has made remarkable use of his executive powers to undo almost everything that Obama did. So, naturally, when his followers are asked to recite his accomplishments, those are the things that they list.

What never occurs to them, though, is that the next Democrat president can and will do the exact same thing to Trump’s accomplishments.

Just as Trump used his executive pen to withdraw us from the Paris Climate Accords and end Obama’s anticapitalist “global warming” policies, a President Elizabeth Warren can and will, with a flick of her pen, once again make the “fight” against “global warming” the highest priority of our federal government.

Just as Trump used his pen to withdraw us from the Trans-Pacific Partnership, a President Jerry Brown can and will use his executive pen to have us rejoin.

Just as Trump ended executive amnesty for illegal aliens with a flick of a pen, a President Kamala Harris, with a flick of her pen, can and will throw our borders wide open again and grant amnesty to anyone already here illegally.

Just as Trump has used his pen to end appeasement of North Korea and Iran, a President Kirsten Gilibrand can and will use her pen to once again appease America’s enemies.

You see, here’s the terrible truth that Trump and his followers either don’t understand or hope we never notice: Like Obama before him, virtually all of Trump’s accomplishments (other than his judicial nominees) have been by use of executive powers that the next Democrat president can and will use to erase them.

President Trump has resorted to implementing his agenda by executive order for the exact same reason that President Obama did: Neither of them could get anything passed through Congress.

In Obama’s case, he was a leftist Democrat ideologue dealing with a Republican Congress. Granted, that Republican Congress didn’t actually stand for anything and didn’t make any real effort to accomplish anything. But the one thing it did do effectively was act as a firewall against Obama getting anything passed either.

Trump also can’t get anything passed through a Republican-controlled Congress despite the fact that he is a nominally conservative Republican himself. Why? Two reasons:

1. Congressional Republicans lack conviction. They seek power for the sake of holding power, but unlike the Democrats, they are afraid to use it to pursue any agenda, including the one on which they ran and were elected. They know that if they pursue such an agenda, Democrats and their lapdog establishment “news” media will trigger them by saying bad things about them. So, they stay in their safe space of doing nothing.

2.  President Trump has no self-control. He uses Twitter to make an ass of himself before the entire world on almost a daily basis and to attack and vilify anyone who draws his ire, including Senate Majority Leader Mitch McConnell, House Speaker Paul Ryan, and any number of other Republican congressmen and senators. In so doing, he renders himself radioactive to members of Congress who have to face voters who are appalled by Trump’s embarrassing conduct, and he alienates the specific people whose support and cooperation he needs to get anything passed.

It is worth mentioning Obama’s one obvious legislative accomplishment, Obamacare, because it is the exception that proves the rule. Obamacare was passed early in Obama’s first term, when his partys controlled both houses of Congress. There were a few congressional Democrats who could not support the bill in its original form, so Obama met with them and reached compromises that allowed them ultimately to vote for the bill. That’s what leaders do. Obamacare was wildly unpopular with the American people, but unlike the Republicans, the Democrats never hesitate to pursue their leftist agenda when they have the power to do so, even at the risk of some short-term political losses.

Compare that legislative success with Trump’s efforts to repeal Obamacare. Like Obama in 2009, Trump’s party controls both houses of Congress. Like Obama in 2009, a small handful of senators of Trump’s party said that they could not support the bill as drafted. Unlike Obama, though, Trump responded by making vicious public attacks against those senators, and predictably. That’s what petulant children do. And, predictably, those senators voted against the bill and brought it down to a humiliating defeat.

Trump has burned so many bridges with an already unprincipled and spineless Republican Congress that he can’t get anything passed. So, like Obama before him, Trump is stacking up a list of accomplishments by executive order that, like Obama’s, can and will be easily wiped away by the flick of a future Democrat president’s pen.

Trump’s followers have a glassy-eyed faith that he will be re-elected based on these temporary and fleeting accomplishments. In fact, the idea of his not being re-elected is utterly unfathomable to them. They can’t give any rational basis for expecting the voters to re-elect a widely unpopular president with no legislative accomplishments who has embarrassed the country on a daily basis for four years, but they just know it will happen. Their faith tells them so.

I fear the psychological trauma that Trump’s followers will experience on the night of November 3, 2020. But I fear more the damage to our country that will be wrought by the Democrat who defeats Trump because he was incapable of governing respectably and effectively enough to enact a conservative agenda into law.

In the end, Trump’s legacy will consist of two things: A more conservative judiciary (which is a big deal) and a four-year reality show that was wildly entertaining to his followers and abhorrent to everyone else.

Trump’s accomplishments achieved by executive orders will be as fleeting as were Obama’s. The next Democrat president will restore oppressive government, a weak national defense, and cultural rot to our country as easily as Trump swept it away. It will be almost like Trump was never here.

But Trump will always be remembered and worshiped by his devoted followers, who, for years to come, will pay high taxes and health costs, watch their culture decay, and watch America’s standing in the world erode while they blame everyone but Trump and fondly reminisce about how The Donald Trump Show was so very entertaining – until it was cancelled by the American voters.