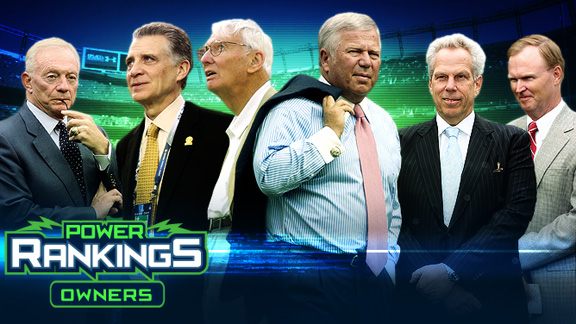 The protest started by Colin Kaepernick has failed. He is unemployed and unemployable.  Ratings for the NFL are falling. There’s an organized boycott. The kneeling has led to anger, division, and additional racial animus in a country all stocked-up on racial animus. The protest has put players and NFL owners in the spotlight, but it has done nothing to advance a responsible, national conversation about community policing.  Why would it?

For those seething over what we see as disrespect of our flag and country, this protest has kindled an anger I have not seen in some time from the masses.  Include me in it.  Give me a field pass to any NFL game, and you will see this 50+ American trying to get these guys to their feet. Bet on that.

For those who think the protestors have “rights” and that the underlying protest has merit, the purpose has been lost in the fire the protestors have set. The protestors are burning down their league and using old glory to fan the flames.  The owners are laughing as they collect the cash and bet on black.  Make no mistake, for the owners and the players, this is all about race.

America is no closer to improvement today on issues of race and policing than the day this ill-conceived repudiation of the anthem started.

Whoever dreamed this plan up doesn’t like America, and he obviously hangs out with a bunch of people who don’t like America.  You know how I know this?  It’s obvious Kaepernick was surrounded by a radical, anti-American bubble because no one stood up and said, “dude, don’t mess with the Flag and Anthem in this country.”

Of course, when your girlfriend hates America and has a racial chip on her shoulder, you may not be getting the best marketing advice for appealing to America.

For many confused, uneducated, and ill-informed Americans, they continue to insist this “protest” reflects the players right to free speech.  It does not.  The NFL players are employees.  If anyone of the billionaire owners of these teams wants to, he can fire or cut a player today.

All you need to know is this:  If you have the team uniform on, you are at the team’s facility, and you are on the team’s time, standing before a TV audience under contract from the team and league, you have only the rights to say and do what the team says.

Know this too: this is a protest the owners can stop at any time.  They don’t want to do it.  They are convinced that doing so would lead to a backlash and cries of racism against billionaire white guys.  They think this will blow over, and NONE of them wants to cut a player only to have one of his opportunistic fellow owners sign that player.  It’s bad for business.

If Zeke Elliot and Dak Prescott challenge Jerry Jones tonight and kneel, what is Jerry going to do?  If he cuts these players, they will be signed in hours by a competitor. Instead, the owners have decided to ride this out and hope it goes away.  They want to keep their assets under contract, and they are prepared to stay with their employees until there is concrete proof that doing so will cost them more money.

That’s where you come in.

The NFL owners are betting against America and Americans.

Standing up to black players staging a protest has a cost they don’t want to pay.  It also requires an owner to take strong, affirmative action that puts him and his brand in the cross-hairs of local fans, national activism, and charges of racism and elitism.  The owners doing nothing, on the other hand, requires millions of NFL fans to give up their teams, stop watching, and hold a grudge long enough to make it hurt the pocket-book of a billionaire.

The NFL owners are betting that Americans are so weak and shallow that they will let these players disrespect the flag and anthem because dumbass, football-loving Americans, will ultimately come back. And by dumbass, they mean you and me.

This situation was so bad in Pittsburgh that one guy out of an entire team came out for the anthem.  He put his hand over his heart and sang.  That man was a West Point graduate and army ranger who served 3 tours in Afghanistan, winning the bronze star. Take a few minutes reading his story on how he earned his Bronze Star, and see that the NFL has one real hero.

In the mind of black NFL head coach Mike Tomlin, Mr. Villanueva is the bad guy.

The rest of his putrid team of babies were in the clubhouse rebranding as the Pittsburgh kneelers, while an American hero saluted his country and flag, and Tomlin thinks the Army Ranger is the asshole.  Think about that.

America needed a hero … and they found only an army of one.

Steelers coach on Villanueva: I hoped every player would respect the team’s decision not to… https://t.co/iMRVDZdwfn pic.twitter.com/USQOvzh6sA

That’s as crazy as it gets. Mike Tomlin should be fired. And, if he isn’t fired, the fine people of Pittsburgh ought to rain down their anger on a man who disrespects the right of a hero to stand for his country.

Try to wrap your mind around the inanity and insanity of a coach like Tomlin giving credibility and support to those who disrespect the flag, while disrespecting Villanueva’s free expression of honoring the flag and his country.

Tomlin works for the owners too. Remember, you are not seeing merely racial protest by black radicals.  You are not seeing a players’ protest.  You are seeing the NFL Owners sponsoring the side they think will pay off best for them …  America be damned.  So, really, for the owners, they are not merely betting on “black,” they are betting on green.

Without owner approval, there is no protest. How ironic is that?  Be sure to recognize that the owners don’t want to be seen as 32 white guys pulling the plug on a majority-minority protest.

Heck, the NFL wouldn’t even let the Cowboys honor fallen cops after the Dallas shooting.  The owners don’t give a damn about free expression.  If they did, they wouldn’t penalize excessive celebrations, and they surely wouldn’t stop an effort to honor fallen cops.

A bunch of white billionaires has a league full of black players, and they are prepared to protect, excuse, and rally around those players … until America tells them they will lose money doing it.

They bet you love your football more than your country.  Let’s see if their anti-American chickens, come home to roost.