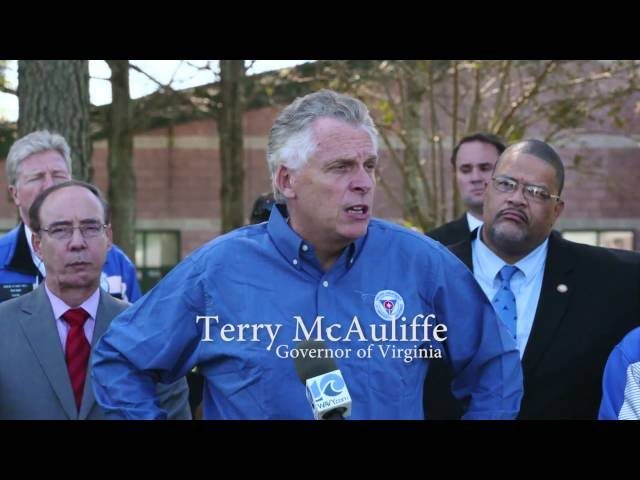 The State of Florida has been in a state of emergency for the past several days, and with good cause. Hurricane Irma is due to plow through Florida on Sunday as a Category 5 hurricane, the most powerful Atlantic storm ever recorded. The devastation it will wreak will be of biblical proportions. Tens of thousands of people will lose their homes, and God only knows how many people will be injured and killed.

So far, authorities from President Trump to Florida Gov. Rick Scott to local mayors and public safety officials throughout Florida have done a stellar job preparing. We’ll never know how many lives will be saved because of their outstanding preparations.

Forecasters originally feared that once Irma left Florida it would travel up the east coast, continuing to wreak havoc all the way to New England. Fortunately, though, Irma instead is tacking west. In fact, virtually every model now shows Irma taking a northwest trajectory once it goes through Florida, which means it will weaken as it travels over land through Georgia, Alabama, Tennessee, Kentucky, Missouri, and Illinois.

As of today, the governors of Florida, Georgia, and Alabama have declared a state of emergency in their respective states. These declarations make good sense as each of those states are directly in Irma’s projected path.

Today, Governor Terry McAuliffe added Virginia to that list by declaring a state of emergency in the Old Dominion. Unlike Florida, Georgia, and Alabama, however, no one is projecting that Hurricane Irma is going to impact the state of Virginia.

That could change, of course, but even in the highly unlikely event that it does, Irma wouldn’t arrive in Virginia until next Saturday – eight days from now, leaving plenty of time to declare a state of emergency if Irma changes trajectory.

So why would Gov. McAuliffe jump out there today and declare a baseless state of emergency in Virginia? Because he is running for president in 2020 and wants to project an image of being a decisive leader.

It’s just that simple. There is no substantive basis for Virginia to be in a state of emergency. No one anywhere believes Virginia is going to be hit by Irma.

But Terry McAuliffe is not one to allow a good crisis to go to waste.

Who knows how much Virginia taxpayer money will be wasted preparing for a disaster that no one expects to happen?

And how much federal emergency management resources will be diverted to Virginia in response to Gov. McAuliffe’s declaration that will be desperately needed in the places that actually are hit by Irma?

Calling McAuliffe’s declaration of a state of emergency in Virginia merely irresponsible is like calling Irma merely a thunderstorm. This declaration is inexplicable, reckless, and indecent.

While hundreds of thousands of Americans are displaced, injured, and killed by Hurricane Irma, Terry McAuliffe will be acting the role of the determined leader preparing his state for a disaster that he and everyone else knows isn’t coming.

Forget about the actual victims of this human tragedy. Make sure you don’t miss the bandwagon: #McAuliffe2020

At the time of this article, the storm was no where near the US, and virtually no serious forecast had it hitting Virginia in any significant way other than a breezy rain. Five days later, the projections now have it not even dropping drizzle on Virginia. 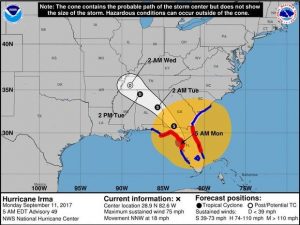 At this rate, Irma might hit Virginia next October of 2018, after circling the globe in the opposite direction. In fairness to the Governor and aspiring President, he’s a better weatherman than a chief executive.