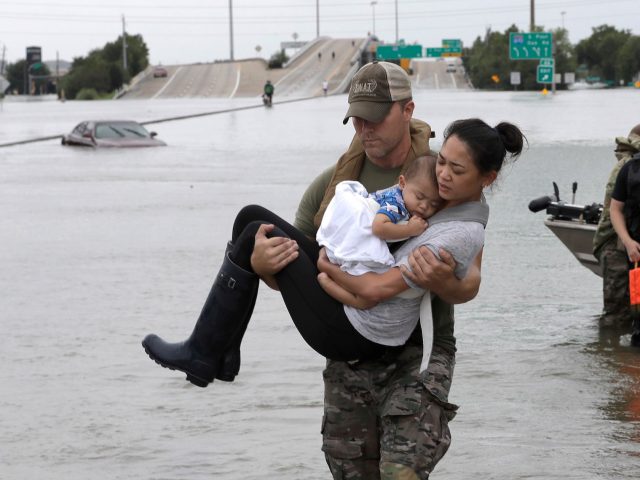 I have been on a hiatus from Committed Conservative over the past few weeks as I moved my family from Virginia to Colorado, but I am making a brief return to make a point that shouldn’t have to be made:

Hurricane Harvey and the devastation that it has wreaked is a human tragedy that is not an appropriate place to try to score political points or pursue political vendettas.

As I peruse the “news” media and social media, I see countless instances in which “reporters” and everyday people are using this tragedy to attack President Trump, Senator Ted Cruz, Houston Mayor Sylvester Turner, Pastor Joel Osteen, and even First Lady Melania Trump.

Hurricane Harvey dumped over thirteen trillion tons of water on Texas and is continuing to devastate the Gulf region into Louisiana. It is the most expensive natural disaster in human history, leaving literally hundreds of billions of dollars of damages in its wake. Tens of thousands of our fellow Americans have lost their homes and all of their worldly possessions, and there are over 30,000 people in more than 230 disaster shelters.

And we don’t know yet how many people have died.

But we do know the human cost. It is reflected in the 18-month-old toddler who was found clinging to her mother’s corpse after her mother gave her life trying to get her daughter to safety. (Heroic rescue workers saved the little girl’s life, and she is recovering. At least physically.)

This hurricane and the wreckage it has left behind is not liberal or conservative. It is not Democrat or Republican. It is not black, white, yellow, or brown. It is not Christian, Jewish, or Muslim.

This disaster is a human tragedy that affects all of us.

So, any person with a soul knows that this is not the time or place to inject political invective. This is the time and place for all Americans to unify in a common purpose.

If you are one of those exploiting this disaster to score political points or pursue political vendettas, you are a bad person. Or at least you have lost your way.

We all are and must be better than that.

If you are a human being, you have a moral obligation to put your politics and ideological agendas aside and act purely as a human being. Make a donation to the Red Cross. Give blood. Donate food and clothes. If you have the ability, go to Texas and help with the recovery.

And whatever your religion, pray to God for the victims.

Leave politics out of this. To do otherwise is indecent.