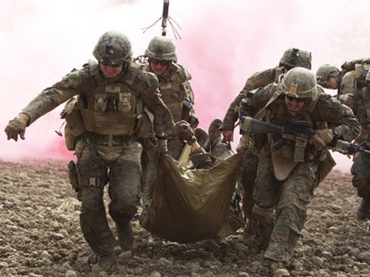 President Trump gave a solid speech on Afghanistan.  He laid out a plausible rationale for why he wants to adjust our military operations in country where we have been at war for 16 years.  Trump’s declarations that we must win and let the generals run the war are correct.  Are those declarations enough?  Should America be in Afghanistan, and if so, what does a win look like?  Mr. Trump didn’t tell us that.

I am a patriotic American who admires and respects our military and the men and women who fight in it.  A WWII Marine raised me, and by any measure, I have always been a hawk.  I supported every American president in his application of US force since Mr. Reagan invaded Granada while I was in Mr. Leonard’s High School English class.

My thinking began to change on how and why we use military power because of the mistakes in Iraq, Afghanistan, and Libya.  By the time Mr. Obama used force in Libya, I knew that our country had gone off the rails legally, strategically, politically, and morally in using US military might. Even as early as Afghanistan and Iraq, the conservative in me was troubled by the failure of the President to obtain a declaration of war.  As Presidents Bush and Obama prosecuted those two wars, I was even more troubled by the political considerations that predetermined both unsuccessful outcomes and unnecessary American deaths.  War policy was back to the Vietnam era where Politicians left American lives at risk to avoid the political hassles of enemy deaths and the collateral damage to civilians that war always brings.

If we are not prepared to win, we should not fight any war.

Mr. Obama surrendered for America in Iraq.  He withdrew our forces to fulfil a political campaign promise, ceding the country back to terrorists and civil war.

President Obama: "By the end of next year, our war in Afghanistan will be over."

Our war strategies keep changing, but the result is always the same.

The American political establishment of both parties is a disgrace, and they are together responsible for innumerable US deaths, the decline of American moral authority, and the rise in the correct belief of our enemies that Americans won’t fight to win.

We won a world war in four years, but we have yet to win either Iraq or Afghanistan, fourteen or sixteen years later, respectively.

Not one single American, from private to Colonel, should be fighting in any war in any location unless and until the President and Congress get the backing of the American people.  American support for war requires that our President and Congress lay out what victory is and how we intend to do whatever it takes to achieve it.  Mr. Trump didn’t do that.

I want assurances that as between my American soldiers dying and anyone else who isn’t our soldiers dying, we choose the other guys, every time. Let me put this more pointedly, there is no limit on the number of non-Americans in a war who I would rather see die than one single US solider, airman, or Marine.  If our political leadership isn’t prepared to pay that toll, they ought not be prepared to send our kids, parents, spouses, and loved ones off to die in a war our leaders wage for political glory rather than national defense.

In fact, our enemies, and they are many and growing, need to know that if we fight, we fight to win.  Winning means we are prepared to destroy whatever, whomever, and how many ever until we win.  I set out an American war doctrine six years ago, which I converted to publication this past year. The premise is simple, “total victory or no war.”

How do I define total victory?

The definition of total victory is the destruction of the means and desire of a country or peoples to make war against us.  If this requires 10 dead, or 10,000,000 dead, that goal must be victory by unconditional surrender or defeat.  Failure to fight a war this way will cost more American lives.  That’s a price I am not willing to pay.  I won’t pay that price with your son or daughter … nor will I allow America to pay it with the lives of my three children.

The President has taken a small, important step in the right direction with his speech.  He now wants to win.  What he did not tell us is how he intends to win, and what his definition of a win might be.  I’m a lawyer, and I want those details.  I’m and American, and I am entitled to those details.

Afghanistan is, ironically, a god-forsaken land.  It is closer to an 11th century tribal system than it is to anything that resembles a modern country.  Its peoples are diverse, scattered, and live under different rules, laws, customs, and beliefs.  To that they are entitled.  They have no unifying language or culture, nor do they have an integrated national economy or the exchange of goods.  Afghanistan may have the boundaries of a country for the purposes of cartography, but it is a loosely affiliated and hard land of tribes, often at war with each other.

Afghanistan has one other unique feature; it’s invaders never win.  They never win because to defeat and hold Afghanistan, one must occupy and control every square inch of it.  Then, an invading country would have to change the 100’s of tribal cultures and customs and convert a population to something that looks and feels like western civilization.  That task has been impossible.  What makes it possible or eve necessary now?

In Afghanistan, we could win every battle, but never win the war.

Is America prepared to defeat, destroy, occupy, hold, rebuild, and remake that country over a 40-65-year period?  If not, we ought not be in there fighting and dying.

These questions should be debated on the floor of the People’s House and in the Senate building among Senators representing the states.  This is not 2001.  Mr. Bin Laden is dead.  The Taliban may be fighting in Afghanistan, but it does not run the government.  We are prosecuting military action under different conditions, against a different enemy, and for a different purpose.

The fight in Afghanistan requires the moral authority of a declaration of war, and the continued fight there demands that every American know what victory looks like, and what we are prepared to do to achieve it.

Because I love America, and all of her Americans, and because I am a Constitutional conservative and an unapologetic supporter of our troops … I cannot support war without a purpose, a plan, a rationale, and the commitment to win at all costs … to our enemies.

Not one American, hawk or otherwise, should feel differently.