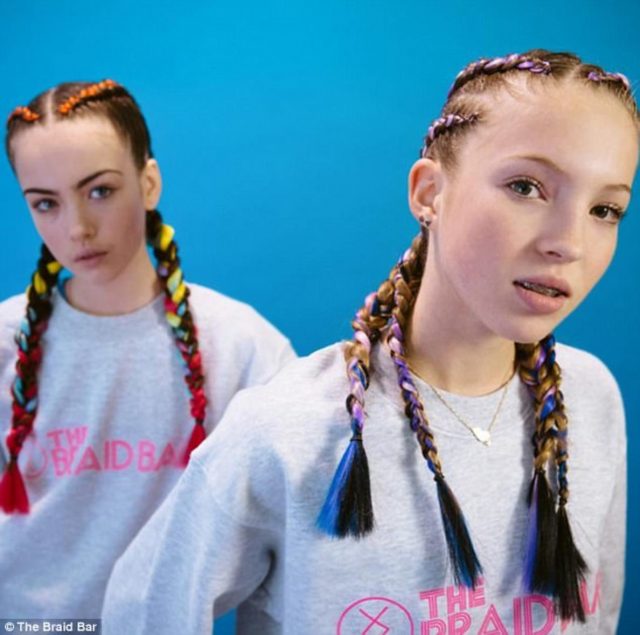 The hottest PC term in the divided states of a America is “Cultural Appropriation.”  It’s a salacious, often ignorant and racist charge levied by self-identified victim groups towards the majority.  It wreaks of stupid, and the entire premise is innately anti-American, which is why it is a tool of the #altleft.  The irony of the charge is that those who attack their fellow Americans for cultural appropriation are actually guilty of cultural misappropriation.

The left has no understanding of America.

Cultural appropriation purports to be the sin, crime, or social injustice of a non-minority class member “appropriating” or blending a behavior, custom, ritual, or fashion from a minority group into their own lives.   We use to recognize this acculturation as an essential part of the “melting pot.”

Under the leftist theory of cultural appropriation, everything that is theirs is theirs … and conveniently anything that is not theirs was probably stolen by you … and should be theirs too.

The fundamental premise of cultural appropriation is that in America, certain customs tied to race, religion, ethnicity, or national origin are now outside the ingredients permitted to be added to our melting pot.  Even though the soup is American, we must remove certain spices, safeguarding and protecting them for the exclusive use and benefit of sub-groups, rather than allowing us all to add them to our common culture.

America was great when we all wanted to be Americans.

Then … along came a movement that asked us to celebrate diversity. In fact, when I was in law school, the University hung that exact slogan over our cafeteria … “Celebrate Diversity.”  Under the banner of diversity, cultural warriors told us to embrace, love, and celebrate and cherish those things that made us different.  Sadly, diversity has become a movement to pull the cumin out of the soup, even after we brought it to a simmer.

We have spent nearly three-plus decades trying to segment America into sub-groups, rather than unite us into one group.  Is it any wonder that the divide among us politically, culturally, ethnically, and racially continues to grow?

We are devolving into tribalism.

Americans of every background have every right to celebrate those components of their faith, ethnicity, and origin that make them unique.  We have done this from our inception.  We do it in little ways and big ways, from Sunday dinners to Mardi Gras, to Saint Patrick’s day, and beyond.

What we have not done is try to exclude people from embracing those traditions and making them part of our common culture.  Imitation, people say, is the sincerest form of flattery.  Now, the social justice warriors are telling us that if you wear cornrows in your hair as a white girl, for example, you are really stealing the culture of African-Americans.  Really?  Is that where we are now?

The ignorance of racism knows no color, and it is an ugly fashion and repugnant ideology no matter who wears it.

The world is filled with countries where rival clans and tribes fight over imaginary borders.  We fight endless wars in the name of our own imaginary man in the sky.  The Middle East is ripping itself apart over the differences between people of the same faith but different tribes.

America has been a beacon of light for the entire world because cultural appropriation is what we offer as something good … not evil.  We bring together people of every type unified around a common search for liberty. Now, the left is telling us that we should imitate every failed society.  People of color want their own graduations.  People of certain religions want their own prayer rooms. Certain people don’t want to acculturate.

People of various groups are not celebrating their diversity, they are hoarding it.

Twenty years ago, you were a bigot for suggesting that “diversity” for its own sake and its own purposes was a bad idea.  Now, in America, you are a bigot if you celebrate or imitate … or acculturate … the customs of our diverse neighbors and fellow countryman.

The left’s version of diversity, as we feared, became tribalism and exclusionism.  It became the false charge of racism and bigotry … and now the false flag of cultural appropriation.  The truth is cultural appropriation and acculturation are the essence of American society.  Forcing us to dump the melting pot on the ground so that some may try to take back our own unique ingredients will ensure we all get burned.  Moreover, those who dump the pot will certainly extinguish liberty’s last beacon of light.

The left’s social justice warriors are neither social nor just.  Their false flag of racism in the name of cultural appropriation is nothing more than a war on American values.