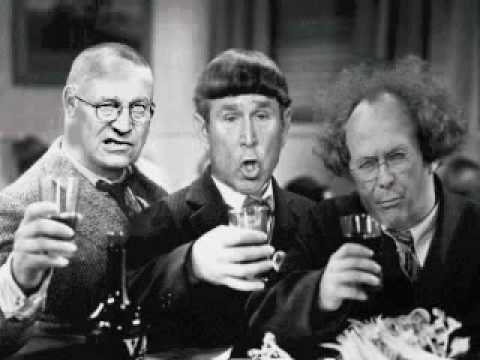 Leftist protests of alleged Nazis and white supremacists tend to attract very little attention from conservatives. This is primarily because conservatives, to put it bluntly, believe that the Left is full of crap. The Left’s unrelenting effort to label individuals they disagree with as racist, sexist, bigoted, homophobes has conditioned conservatives to file Leftist grievances in the same folder as the boy who cried wolf.

The left has demonstrated time and time again that they’ll protest and slander just about anyone who isn’t an absolute devotee of the Democratic National Platform. Conservatives have grown tired of the hackneyed name-calling and what’s resulted is a certain feeling of camaraderie among those on the Right with the enemies of the Left.

The Left certainly isn’t doing itself any favors by embracing its base’s puerile outrage, neither is the Right gaining credibility by embracing everyone who elicits it. The counterculture that has spawned on the Right in reaction to the Left’s outrage hurts conservatism. It makes conservatives intellectually lazy and eventually deludes them into accommodating and excusing nasty people with nasty ideas.

Too often those on the right conflate ideological conservatives with those who elicit a reaction from the Left without giving any attention to the content of the speech. While it’s true that virtually all conservatives cause Leftists to soil their pants, it isn’t true that everyone who does so is actually conservative. The Left spouts the same nonsense about someone as innocuous as Ted Cruz as they do about individuals as indecent as Richard Spencer and David Duke.  They ardently desire to paint the whole of their opposition as evil, ill-intentioned people. It’s therefore incumbent on conservatives to parse speech on a case-by-case basis and decide for themselves whether it’s sufficiently conservative and decent or whether it’s worthy of outrage.

Ideological litmus tests based in the absurdity of your opponent’s outrage aren’t suitable for identifying your allies. They’re suitable for identifying the enemies of your enemy. But the enemy of your enemy isn’t always your friend. Sometimes, he’s your enemy too. We are judged by the company we keep.  And for conservatives to assume otherwise is to risk embracing ideas that are potentially antithetical to the conservative values they claim to espouse.

Many who oppose the Left are good and decent people, but some aren’t. Some of them are actually terrible. When conservatives ally themselves with radicals purely because they’re hated by right people, they blind themselves to their own ideology.  They excuse indecent ideas as conservative ones, and turn conservatism into an ideology defined by its enemies. Even a righteous movement defined by its enemies ultimately will lose it moral high ground.

If you’re wondering how we’ve gotten to the point in American politics where Donald Trump is the President of United States, this is how. An outrage culture born of bullies and snowflakes on the Left has given rise to a culture on the Right that has forgotten the meaning of conservatism and very much finds solidarity with the Left’s enemies. Some conservatives gravitate to Donald Trump because he’s hated by the right people. He’s the enemy of my enemy, therefore he must be my friend.

No matter what you think of President Trump (and I tend to like a lot of what he’s doing) he’s not a true conservative and there was a good argument to be made during his campaign that he wasn’t decent either. Conservatives don’t do conservatism any favors by excusing the indecency and anti-conservative policies of Donald Trump and other adversaries of the Left solely because they share a common enemy.

Conservatism isn’t racist. It isn’t sexist or homophobic or xenophobic or misogynistic. Conservatism isn’t any of the things that the Left accuses it of being. But if conservatives continue to grant credence to the Left’s truly indecent enemies, they allow the Left to define what they stand for and pervert conservatism into exactly what Leftists believe it to be: an evil ideology espoused by deplorable people.  We can’t be drawn into an Axis of Idiots.