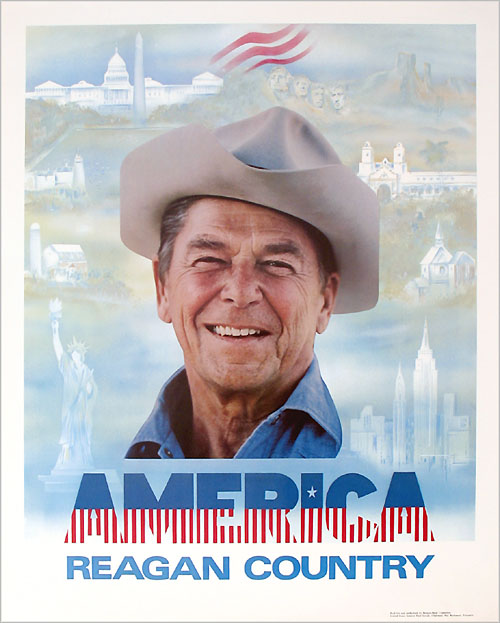 In October of 1984, I turned 18.  Two weeks later, I voted for Ronald Reagan.  In so doing, I became part of the greatest landslide in American political history.  Reagan won 525 electoral votes, losing only Minnesota and Washington DC.  He won 489 the year he was first elected in a race he was projected to lose.  Two years after I cast that vote, I was running for office in the small town in which I grew up.  I was a proud member of Reagan’s party and a convert to conservatism.

Great leaders don’t merely win, they inspire others to action.  For so many conservatives, they often point to Reagan as the great conservative leader of our party.  That’s true.  However, Reagan’s magic wasn’t merely rooted in his conservativism.  Indeed, he set aside his conservative principles repeatedly to responsibly govern, and on occasion made mistakes that were profoundly not Conservative.  While Reagan might have governed more conservatively with a Republican Congress, he never had that.  Likewise, some of his actions, including support for amnesty, were rooted in his compassion, his optimism, and his faith in humanity … far more than his conservative views.

I have read eleven books on Reagan, studied his speeches, poured over his released writings, and heard every criticism about him.  In the end, Reagan charmed America with his optimism more than his conservatism.  However, that optimism was rooted in the core principles of Conservatism that are the basis of my beliefs today.  In many ways, Reaganism, a mixture of conservatism and optimism is the backbone of dissent about our new President among many conservatives.

Conservatism, like liberty, cannot be imposed upon people.  Doctrinaire conservatives who wrongly fight to the death on every conservative policy point lose sight of the core of Reagan’s conservatism, his undying faith in people, and his unreserved belief that government, while a check on unrestrained freedom, is an essential element of liberty.  Reagan’s greatest quotes were about the size of government, its inefficiency, and the burden it imposed on Americans.  He was dead right.  However, some Conservatives wrongly think the government is the enemy.  No sir.  Government of the people, by the people, and for the people … our Constitutional Republic … is not the enemy.

Efficient government is the life bread of people starving for liberty and willing to order themselves together in a civil society to increase their collective well-being.  Reagan eschewed a powerful self-serving, centrally located government.  That’s conservatism.

Reagan wasn’t anti-government.  That’s anarchism.  Reagan used his position as the world’s most powerful man to be a moral beacon for all who sought liberty.  He inspired the oppressed.  He confounded his opponents.  And, he believed in his core, that decent people unshackled by the weight of a do-gooder government could do more good with liberty than with redistribution.

Reagan was absolutely vilified by his political opponents.  He was often defined by the media as a rube or simpleton who read a speech and played the part of President.   The American people simply never bought that false narrative of what was then, clearly “fake news.”  The release of Reagan’s writings over the years made plain his political genius, his clarity of thought and purpose, and an unbridled love of country and his countrymen.

Americans love their country, and in Reagan they found a fellow traveler.  Reagan wasn’t a “nationalist” in the political sense.  He was an Americanist.  He believed that our liberty, moored to faith, and grounded in both natural law and God’s grace, allowed our people to do great things.  Reagan understood that American exceptionalism wasn’t a birthright.  It was a rite of passage, handed down with care and shared by a common culture.  Americans were not exceptional because they were American, they were exceptional because America let them live lives confined only by the limits of liberty, hard work, morality, and imagination.

Reagan’s love for America was not a “love of country,” but a love of his countrymen.  He didn’t make up the shining city on a hill … he saw it.  For those who could not see it … he unveiled it. For those who would attack it … he would defend it.

Our political landscape has turned so dark.  The two major parties run elections solely on division.  Indeed, in our deepest economic despair since the great depression, only the talk of hope and the soaring rhetoric of a gifted politician named Obama brought America temporary unity.  Even then, Mr. Obama never saw support like Reagan in his electoral wins.  As hope fell flat and the rhetoric failed to meet the action, the division became worse.  In fact, we are more divided today than at any time since Americans were shooting at each other.

Our streets are filled with hate, violence, and vulgarity.  Marchers, protesters, and rioters destabilize our government on one side, and on the other side, our President is the anti-Reagan.  He has replaced optimism with nationalism and sloganeering.  His big government brand of populism and protectionism are not based on optimism.  One-hundred and thirty-two million Americans voted in 2016, and most wished they had another candidate on both sides.

This is not Reagan’s America.

Today is Reagan’s birthday.  He would have been 106, had the lord not required his optimism elsewhere.  We are 28 years removed from the Reagan revolution, yet we are a world away from his shining city on the hill.

Too many Americans now wait for a man, a woman, a government, or a party to help them make their lives great again … or for the first time.  They completely miss the power of Reagan, and for an entire generation, they never knew it.  There is no Reagan, or Trump, or Clinton, or Obama who can or will make America great.  That’s our job.  No doubt, Reagan’s optimism reminded America that our power is in our individual liberty and that liberty and faith is a collective force for good.  We could use that reminder again.

In the end, however, Reagan’s optimism was in his belief in Americans.  Americans alone … individually … one act at a time, can make this country as great as they want.   It will only happen with the embrace of liberty, faith, family, individualism … and optimism for ourselves and our fellow countrymen … no matter their party, color, or creed.

A Message From President Reagan