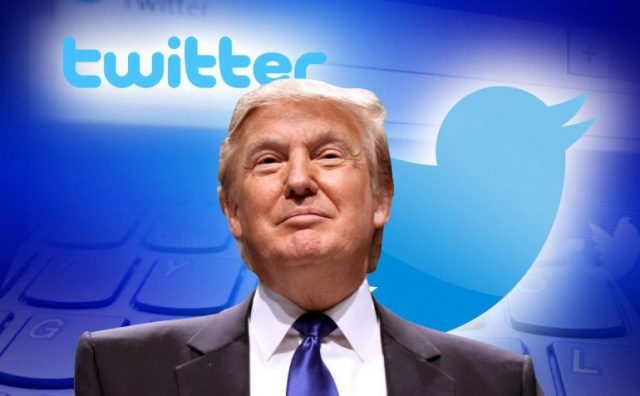 President Donald J. Trump is correct about the improper, if not baseless ruling by a Federal District Court Judge that has halted, by injunction, the President’s Executive Order on non-citizen travel from Terror and War torn countries.  The ruling was poorly reasoned and overly broad.  We tackle that on this site and others.  In the pantheon of legal rulings, this one will not be cited for legal analysis or adherence with the known principles of law.  A President is right to be miffed by such a ruling.  A President has many avenues to attack that ruling, and he and his legal team should take the route they feel best to do so.

In addition, a President has the right to speak out about the ruling.  It is there that being Presidential is required.  In fact, it’s necessary.  The judiciary is a co-equal branch of our Republic, a point often lost on those who celebrate rulings they like, but never considered by those who lament rulings they don’t like. Mr. Trump helps neither himself nor his administration when he refers to a Federal Judge as a “so-called” Judge.  Mr. President, the man who issued this ruling is a judge, properly appointed in our system to the federal bench.  Commentators like me or others might strain the bounds of useful discourse when we describe him or his rulings, but we count on you not to do so.  Indeed, if you are to be bigger than one Federal District Court Judge, the place to show it is in your statement as a President.

The opinion of this so-called judge, which essentially takes law-enforcement away from our country, is ridiculous and will be overturned!

Tweet until your heart and ego are content Mr. President.  We are not here to give you political advice on the tools of communication you decide to use.  However, the “Office of the Presidency” belongs to America and Americans, not you.  You are simply its temporary holder.  It’s our brand, and it represents not just us, but the power, the morality, the justice … and the decency of the world’s greatest experiment that is our Constitutional Republic.  Accordingly, we are going to tell you that from that tool of communication we expect better.  We expect a reverence and respect for our institutions and our co-equal branches of government.

Dazzle us with decency.  Shock and awe us with humility.  Grab us with grace.  Don’t try to convince us through crazy.  You might have simply wrote, for example: “With respect for the Judge and faith in our judiciary, we will ask the Circuit Court to reverse this decision.”

Had you tweeted that, no one would have believed you wrote it.  In fact, you have yet to prove you are capable of writing, thinking, or acting in that manner.  This is the primary concern of many in this country, including Constitutional Conservatives and people of good faith across this country of every stripe and color.

Judges get it wrong sir.  Trust me.  I have seen it.  I have seen Judges with temperament unfit for the bench, and with analysis unworthy of the robe.  Fortunately, they are few … indeed very few.  Still, they are and should be afforded the respect of the position because the law and our civil system so requires it.  They are why from state courts to the Supreme Court, judicial appointments and elections require that we properly vet judges, particularly those who will hold a lifetime appointment.

I read the Court’s Order Mr. President.  It’s devoid of legal analysis, and the conclusory findings are wrong.  Since the basis for them is not given, competent lawyers are left to scratch their heads.  Meanwhile, rulings like this are a clarion call to ensure that appointments to the bench are based on merit … not money and politics.

Since you just appointed one of the most qualified jurists in decades to the High Court, you understand the need for excellence.  We have that exact same need of excellence from you in our Office of the Presidency.  We are not getting it through your communications via twitter.  Do not confuse short-term political gains and the appeasement of blind followers with building a great America.  If we want to collectively build a greater America, it will be done through inspiration and not through degradation.

True Conservatives are wary of your methods, disturbed by your conduct, and nervous about your convictions.  The irony is, we are suppose to be on your side, or at least aligned to the side that should agree with you.  If we feel that way, surely you understand how those who are not aligned on our side feel about your conduct, given their disdain for your policies, appointees, success, and electoral win.

It’s time to “President up.”  We have had enough.  Enough of the teenage tweets, enough of the division, and enough of defining our presidency down.  You can accomplish all that you promised while being gracious, humble, and respectful. In so doing, you will find more allies than enemies.

We speak truth to power … because the power is in the truth.