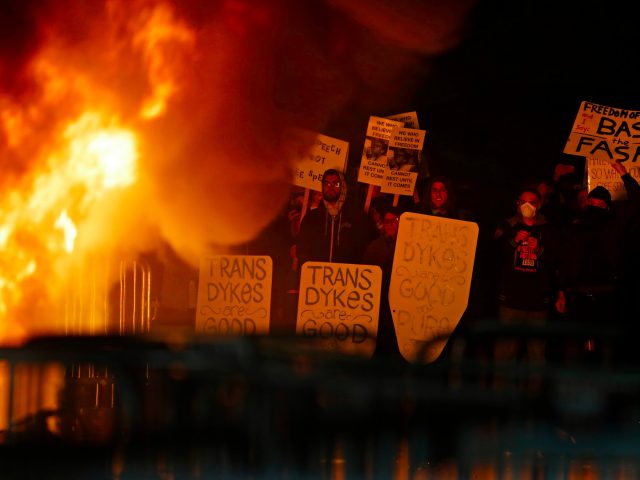 We all saw the spectacle yesterday of U.C. Berkeley leftists rioting in the name of “free speech” to stop a speech by a man whose views differed from their own.  This is apparently considered proper and admirable conduct at this iconic institution of leftism.

There was a time that a president of Old Dominion University showed the correct response to this kind of leftist bullying.

In 1991, ODU invited columnist James Kilpatrick to be the commencement speaker. Kilpatrick was a prominent conservative whose columns took a lighthearted approach to issues and also often focused on promoting good grammar.

As soon as Kilpatrick’s selection was announced, leftist professors and students across the campus began a loud and obnoxious protest.  Their hook was the fact that 30 years earlier Kilpatrick had been an outspoken opponent of racial desegregation.  He had long since renounced and apologized on numerous occasions for his actions during that time period, and he remained a highly respected nationally syndicated newspaper columnist, well within the political mainstream and in no way representing a bigoted point of view.

The truth is that the opposition to Kilpatrick by the leftist professors and students was based on the fact that he held a point of view contrary to their own, which is considered apostasy to the left.  Kilpatrick’s self-repudiated stance from three decades earlier was merely a pretext by these leftists to censor an opposing point of view.

The people opposing Kilpatrick were a distinct minority, but they were so loud and obnoxious (with the enthusiastic assistance of the local “news” media) that Kilpatrick ultimately withdrew so as not to allow the dissenters to tarnish the commencement.

Here’s where it gets good: 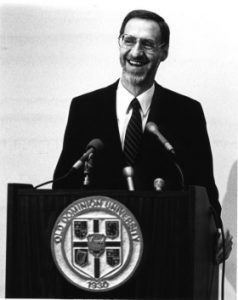 ODU President Jim Koch decided to deliver the commencement address himself.  His address focused on free speech and the importance of tolerating and encouraging a diversity of views in the university environment.  He openly chastised the professors and students whose actions were abhorrent to these values.  He announced that in response he was creating a new President’s Lecture Series that would invite prominent thinkers from across the political spectrum to speak at ODU.  And he announced who the inaugural lecturer would be: James Kilpatrick.

Dr. Koch showed the world the right way to respond to leftist tyrants who use violence to bully those who disagree with them. And his President’s Lecture Series is still in operation at ODU today, more than a quarter-century later.

The left in this country has declared open warfare on everyone who has the audacity to disagree with them.  They are using every tactic from lame-brained speeches by celebrities to violence to stifle free speech.  They cannot be allowed to prevail with these banana republic tactics and must be vigorously opposed.  Dr. Jim Koch showed us exactly how to do that.