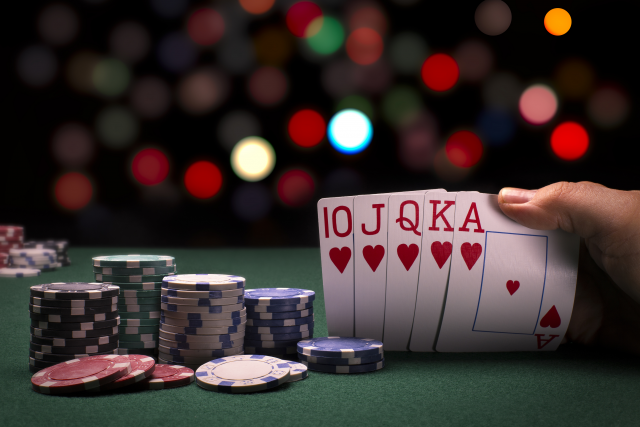 It’s all politics now.   When I say all … I mean everything.  So divided are we now that every issue and all facts are viewed and spewed based on political ideology.  It’s red v. blue.  The notion that an appointee of an opposite party is “qualified” is long gone.  Of course, for Supreme Court appointments, qualification morphed into a litmus test decades ago.  In 1987, Democrats converted “qualification” into “temperament,” which was really code for “ideology.”   That year the Democrats blocked not one but two of Reagan’s appointments.  First, they blocked the eminently qualified Judge Bork, and next they blocked the equally qualified Judge Ginsberg.   Ginsburg withdrew, remarkably, because he smoked pot.  Remember when anyone thought that indiscretion mattered?  That is how we got Justice Kennedy, a left leaning moderate cloaked as a right leaning jurist.  That was 30 years ago, and both parties have mostly dropped any pretense that these critical seats are subject merely to an appointee being “qualified.”

Judge Gorsuch will be confirmed by the Senate.  Borking is dead, and the President’s party holds a newly elected majority in the Senate.  Judge Gorsuch holds academic and experiential credentials that are not subject to challenge.  The only reason to oppose him is on ideology.  To do that, the Senate Democrats must employ a politically created procedural tool called the filibuster.  This rule requires 60 Senate votes to close debate and thus vote on a candidate on the merits.  The Democrats are going to force the Republicans to eliminate the filibuster rule.  In so doing, they will eliminate that rule for Supreme Court appointees, just as democrats did for every other judicial appointment.  The charade will be over, and majority rule will actually rule.  Politicians will vote on party line 99% of the time, or on self-interest 100% of the time.  A Senator facing re-election in a tight race will show bipartisanship, while his safe colleague from another state will carry the party’s water.  Frankly, it’s a more honest way to conduct the dishonest business of politics.  Of course, when we do this, qualification may no longer matter either, leading to the selection of more partisan, less qualified candidates.  Be wary of the rule of unintended consequences.  Nonetheless, political parties live in the moment.  In this moment, the Democrats are worried about one thing, the 2018 Senate election.  How will they bet on the Supreme Court for that election?

The Democrats bet wrong once already on the Supreme Court.  When the sudden passing of Justice Scalia opened up a Supreme Court seat in a presidential election year, the Democrats put forward a qualified Judge.  Merrick Garland, like Mr. Gorsuch, was undeniably qualified to sit on the court.  Republicans blocked him for purely political reasons.  Democrats cried foul and caterwauled when the GOP controlled Senate advised the President that they would not approve of his appointee given the coming election.  Both sides made their political arguments, and in the end the GOP, with control of the court at stake, decided that the Supreme Court would be an election issue.  In most corners of the democratic political world, experts agreed the issue was moot.  They were going to win in 2016.  Democrats used the Garland block for political purposes with the electorate, and they waited to see if they would seat him or if Hillary would instead choose another.  Then, along came Trump.  Now, democrats describe the Garland block as a “stolen seat.”  That’s hardly true.  As President Obama likes to say, elections have consequences.  The American people didn’t think the Garland Block was reason enough to elect a Democratic Senate or President.  The democrats were heavily favored to win both.

The Democrats have another gamble to make now on the Supreme Court.  What do they do about Gorsuch?  If they approve him, they anger their hard-left base.   Democrats need that base for the energy to win back the Senate against enormous odds in 2018.  The Senate map that was so favorable to the democrats in 2016 will in 2018 be even more favorable to the Republicans.  Even in a backlash election, the GOP can reasonably expect to both hold and grow its majority in 2018.  The question becomes, what do the Democrats need more?  Do they need energy, money, and an issue, or do they need to block an un-blockable selection?  The answer is self-evident.  Now the next question becomes what strategy helps Democrats achieve this goal to win in 2018?   The Senate will seat Gorsuch.  This is a Gorsuch for Scalia swap, and democrat leadership can live with that.  What they can’t live with is Mr. Trump replacing Justice Ginsberg or Justice Kennedy … or in this fickle game of life, anyone else.

There’s the rub, really.  Who knows who is up next and when?   It is highly unlikely that Justice Ginsburg will retire.  Perhaps she too thought she could leave this year and Mrs. Clinton, the first woman President, would replace her.  That’s speculation.  Now, she is unlikely to leave the Court willingly. If she does, she helps Conservative secure a majority for the next 10-15 years.  Baked into the democratic gamble is the human equation.  If Mr. Trump gets only one term and one pick, Gorsuch for Scalia is a legal and political status quo.  The Democrats think Trump won’t get a second term, but they are worried he will get a second or even third pick in this term.  They need the senate to block those picks.

The Gorsuch Gamble isn’t about Gorsuch; it is about control of the US Senate and how best to get it.  Here is what the democrats will do.  They will first employ as many procedural stalling tactics as possible to slow down the confirmation.  They will use the rules to slow roll the hearings.  They will use the altleft, radical groups, and a sympathetic media to drum beat on Trump.  The themes will be radicalism, outside the mainstream, danger to women, anti-choice, and a stolen seat.  Democratic Senators in red state election fights will distance themselves from the coordinated chaos, and they will speak in generalities about ensuring a thorough and fair hearing process.  Chuck Schumer will run this game as long as he can, and he will use safe democratic seats to block the appointment in a filibuster.  The filibuster will drag on, and it will run concurrently with protests, hit pieces, and the politics of personal destruction.  Unsafe democrats in the 2018 Senate election will come out and speak of their desire for an up and down vote on the merits, while their colleagues hold the line.

The Democrats goal here is not to stop Gorsuch.  They want to force the GOP to end the filibuster rule.  They need the issue and the outrage.  Team Schumer will blow a gasket in public, and the Democrats will scream about tyranny and tradition, and they will remind America that evil republicans stole their seat.  Our MSM will lead the charge with headlines of political massacres.  The democrats will fire up their base, raise a war chest, and further drag down Trump’s popularity.  This is the strategy.  Here is the gamble.  Democrats are betting first that they will win the Senate, and second, that no other Justice leaves or dies before they do.  Now, that’s a gamble.

In the end, by mid-Summer, the filibuster will be dead.  The Senate will confirm Gorsuch.  Vulnerable Democratic Senators from red districts will vote for his approval noting, ironically, his superior qualifications.  The Democratic Party will protect its vulnerable Senators, enrage their base, improve their coffers, and have their issue.  They will do all this because of what Chuck Schumer knows today.  He knows that whether the filibuster falls now or on the next pick does not matter.  It will fall if the GOP has the majority and can seat a justice.  He needs this issue now.  Schumer knows he can’t stop any Trump Supreme Court nominee without Senate control, and forcing a fight using the filibuster, and thus forcing the republicans to scuttle it now is his best bet to capture the US Senate in 2018.  Only then can he stop any Trump nominee.  It’s the best political strategy for him and his party.

Of course, the strategy all goes up in smoke if Justice Kennedy or Ginsburg retires, or God forbid any member of the Court dies before a new Democratic majority is seated.  With the filibuster gone, the GOP will then vote in another Justice under the new rules.  On the Kennedy front, I am dubious that he will surrender his seat for Trump before the mid-terms just to ensure Conservatives hold it.  He’s not one of them.  Likewise, Ginsburg knows her pivotal role.  All this is a gamble on life, politics, and an election outcome.  In each instance, those are bad bets.  Wrapped together, that is one hell of a gamble. This is no way to run a country.

Of course, we could just go back to confirming qualified candidates.