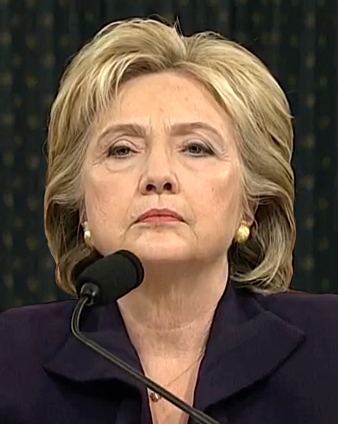 The word “racist” is the most feared insult in America.  Our national history of racism has embedded in decent people a horror at the thought that anyone would think them a racist.  That’s good.  Racism still lives.  That’s bad.  It lurks in the shadows.  Sometimes we hear it in whispers, find it in glances, and see it through conduct.  America may never fully defeat racism, for it is taught by the ignorant to the ignorant.  Moreover, until we understand what racism is, we will be hard-pressed to move forward even among the educated.

America conditions people to scream racism when we hear messages related to race with which we disagree.  It’s part of our damaged collective ethos.  For me, I look at words and messages that are a call to race-based action, or acts that demonstrate racial patterns before trying to decide if race is a factor, let alone before I accuse someone of being a racist.

Racism is overt or covert action or the call to action that shows favoritism for, or disdain and prejudice against another based on his or her color.  That is the root of it. In my many years in public life, I have heard the false charge of racism.  Ironically, the people who make the false charge are often guilty of the crime.

The media narrative on the presidential election is simple: whites, rallying around a flawed candidate who hates immigrants and minorities defeated Hillary Clinton.  Within that explanation, the media tells us that white voters defeated Hillary Clinton because they embrace the purported racism of Donald Trump.  This is a remarkable narrative, if only because the facts are completely at odds with this canard.

White voter turnout was barely 1% higher than the last cycle.  Donald Trump then got an even lower percentage of the total white vote than Mitt Romney.  Those are facts, not spin.  Moreover, there is no evidence, anywhere, of an army of affiliated white voters, yet alone white supremacists, voting for the first time and coming out of the shadows to support Trump because of his purported racist views. As a Constitutional conservative, I didn’t support Trump.  So, this is not some Trumper giving a post-hoc defense of the Donald.  These are facts.

The only shift seen in this election with respect to white voters was a shift in parts of this country ripped to shreds by globalism, automation, over-seas job shifting, and a flood of cheap labor.  In those areas hardest hit and widely ignored by both parties, white voters who previously voted for Mr. Obama turned out instead to vote for Mr. Trump.  Let me repeat that, white voters who voted for Mr. Obama in the rust belt did not support Mrs. Clinton.  It is hard to imagine that these people turned racist in one election.  Most of them turned against the system that left them jobless, without regard to race.

Ironically, there is one argument that supports the possibility of troubling, race-motivated voting in this election.  I have yet to hear one single person address it as a possible result of racial animus.  Minority voters, in particular, black voters, abandoned Mrs. Clinton in key states.

The very same voters who turned out in record numbers in 2008, and even higher numbers in 2012 for Mr. Obama, stayed home for Mrs. Clinton.  Moreover, those who showed up at the polls gave her less support than they gave Mr. Obama, as a percentage.

In a world where facts matter, these facts plausibly point at race-based voting.  In 2008, black democrats poured out of the woodwork to support a black candidate and black President.  This year, they stayed home and did not support a wealthy, connected, white woman from Yale.  Not one person has yet to suggest that the reason for this was race-based or god-forbid, racism.  Perhaps black voters simply found Mrs. Clinton less appealing and were unwilling to support her for non-racial reasons.  It’s possible.  Correlation does not equal causation unless apparently, one is a white voter.  Even there, causation doesn’t have a correlation that withstands scrutiny.

Black racism is a myth to some liberals, and discussion of it is taboo to mainstream media outlets. Indeed, when Mr. Obama won his huge landslide and strong re-election, the record black turnout was critical each time in razor-thin swing states like Ohio, Florida, and North Carolina.  It was a slam-dunk in his rust belt performance.

When Mr. Obama won 93% of the black vote, and the black vote turnout percentage of 66% exceeded white voter turnout, no journalist suggested that racism drove blacks to vote in droves.  The media told us that pride and history explained the majesty of the moment.  We were told, and expected to understand, that voting based on color was fine, because choosing a president based on his race isn’t racist if the race in question is black.

File that under “check your racism privilege.”  The greatest lie of modern American society is that racism is, by definition, white hate of black or brown people.  That lie has emerged as a twisted form of black privilege.

Someone needs to say this, even to those who will reject it when they hear it.  When you judge a person and hire or admit him or her for any position and you do so based on color, you are practicing a form of racism.  You may call it racial pride or ‘preference.’  You may be a happy racist, or you may tell yourself that racism as remediation is fine to ameliorate past racial transgressions.  In the end, however, you are choosing someone because of his or her color, and rejecting another based on a different color — that is racist.

Were they racists?  I won’t go down that rabbit hole.  I will, however, say that no facts support the false narrative that anti-black, anti-Muslim, anti-Hispanic whites came out of their shacks, holes, and tree-houses to sign up and vote for Trump.  Those pushing that narrative are purposely misleading a segment of society, and in so doing, they again miss just how and why Mr. Trump won.  People are simply fed-up with a system whose corruption includes the dangerous game of dividing falsely by race.  In this case, perhaps the charge of racism is but misdirection.