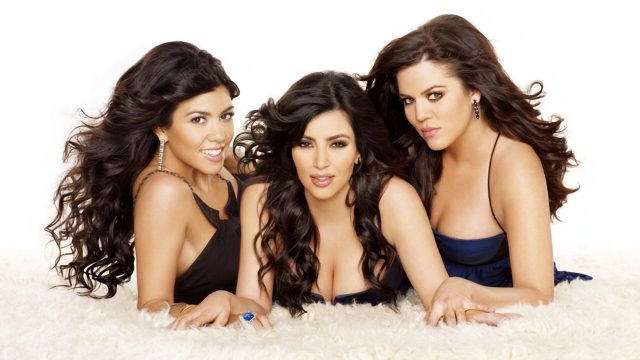 Jerry Seinfeld made millions on a famous TV sitcom about nothing.  “Seinfeld” was the opening salvo into a changing TV dynamic.  A sitcom that scripted outrageous behavior and conduct soon was followed by producers rushing to make “reality” TV shows about, essentially, nothing good.  The premise was simple, use real people, encourage outrageousness over talent, and let public scorn, derision, and incivility fuel ratings.

Looking back, the last two decades have been dominated by reality TV shows from ice fishing, to real housewives, the Jersey Shore, weight loss transformation, and numerous other “real people.”  Perhaps none better typify the industry than a talentless family of shameless self-promoters, the Kardashians. They are nobodies who have done nothing, or nothing good. The show was yucky; to put it in terms their viewers can comprehend.

Yet, Kim Kardashian has 41.9 million Twitter followers and her brand endorsement is worth up to 1 million dollars per product.  God Bless America … or maybe as Reverend Wright once said, “God Damn America.”

TV is like government … you get the government and the programming you deserve.  We don’t all deserve it, but the masses get what the masses want.  When people in politics try to explain this election cycle and the big apple circus that is Donald J. Trump, they mistakenly attempt to apply social norms and political absolutes of a bygone era.  We can’t analyze this election like we did with Kennedy v. Nixon, Reagan v. Carter, or even Bill Clinton v. George H.W. Bush.  And Gary Hart, he missed his political opportunity by a scant three decades.

Indecency is no longer the death of an American politician.  Lying … out-right … and being proven to have lied with your own words, on tape, is no longer the death of a politician. Incivility is the hallmark of reality TV, and it is now the hallmark of American elections.  The optimistic, shining city on a hill candidate, Marco Rubio … got run out of dodge, trounced in his home state by a reality TV star working on his 3rd marriage.

The man with multiple bankruptcies, a long list of tirades against women, minorities, immigrants, and just about anyone not his kids, is a front-runner.  And, he’s the Republican candidate. What?

The front-runner on the other side has apparently 150 FBI agents investigating her alleged misuse and mishandling of classified materials, as well as reportedly her selling of influence through the Clinton Foundation while she was secretary of state.  She has more baggage than Dulles International Airport.  She rose to fame as the first lady to endure a public sex scandal involving her sitting President husband, who was later disbarred for his perjury under oath.  That was all before America went off the social norm cliff.

Pat Buchanan warned us in 1992 that we were fighting and losing a culture war.  We lost.  When Democrat Patrick Moynihan warned America five decades ago of defining deviancy down, we scoffed at that overly intellectual New York elitist.  He was a Democrat.  Judge Robert Bork, rebuffed for the Supreme Court because of his Constitutionalism, likewise wrote a prescient book titled, “Slouching Toward Gomorrah.”   We didn’t heed him or read his book.

As a nation, we are now the occupy Gomorrah movement.

Indecency and incivility weren’t foisted on us … they were embraced by us.  The outrageousness of the modern politician and the current campaign isn’t a new public low … it is a low that we the public have worked to achieve.

Incivility is what we choose, what we demand, and how we interact with each other now.  Talk of hard work, family, faith, sacrifice, and community are empty words to a hedonistic culture that elevates scandalousness above substance and confuses celebrity with talent and leadership.

We are a devolving culture, where families are a scarcity, faith is a punchline, moral limits equal intolerance, and anger trumps optimism and civility.  For those shocked by the current state of America, you might not have been paying attention.  Maybe you were raising kids, working hard, studying, volunteering, reading a book, or sitting in church.

Everyone else was flipping between Little People and the Kardashians, waiting to watch the Apprentice to see which reality star was fired by another reality star.

If America has a silent majority, they are undoubtedly watching reality TV.  The noise you hear now is the thrashing about of those who cannot believe who we have become.  We are the Romans.  The empire is morally dead.  It is ethically compromised.  And, if it has not yet fallen, then heed the warning to look out below.

More than ratings will drop when America … the last, best, decent hope of a free, moral people falls.  America is not in decline … we have crashed and are looking for survivors on this strange new island.

What are we going to do about it?   I just wonder, however, if Americans know what it takes to make America great again?  I suspect we need to do so by making great Americans again: Moral, decent, civil, optimistic, competent, and selfless.   Good luck.

Gotta run … don’t want to miss a tweet from Kim.

I wrote this piece the spring before the 2016 election.  It was previously published by a group at unbiased.com.  They appear no longer to be in business, so I have re-claimed my own work.