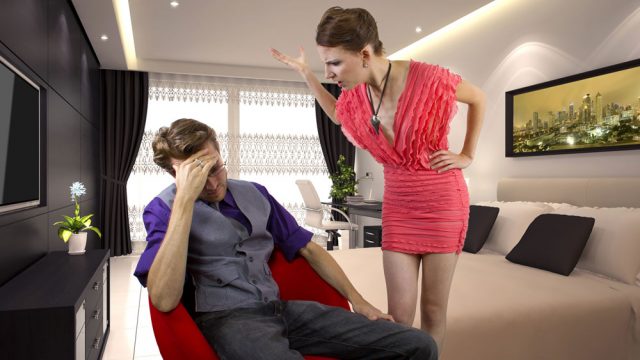 CINCINNATI (Real Fake News) – Responding to the #WhyMe movement of men across the country who have shared their stories of being harangued and henpecked by women, Tampax has released a bold new 90-second “mini-movie” condemning “toxic femininity.”

The ad consists mostly of women nagging men, crashing cars, gossiping, being catty with other women and pulling their hair, crying when they don’t get their way, and just generally being bitchy. At the end of the ad, a calm and reasonable woman with a crew cut and dressed in jeans and a flannel shirt interrupts a woman henpecking her husband for leaving the toilet seat up and helps the wife to recognize her “toxic femininity” and learn to conduct herself more reasonably and rationally.

Tampax is a wholly-owned subsidiary of Procter & Gamble and is one of the nation’s leading manufacturers of tampons. The #WhyMe movement began in 2016 when actor/director Woody Allen went public with his account of being constantly nagged and harangued by his former wife, Mia Farrow. Allen’s public disclosure of the abuse he suffered from Farrow motivated other men to tell their stories under the hashtag #WhyMe.

In a statement, Tampax CEO Daphne Simmons said, “We realize that this new ad will be controversial, but the evil of toxic femininity has been tolerated for far too long. It is time that we women recognize how acting in accordance with our female nature is abusive to men and work to change ourselves to be more like men.”

When asked whether the new ad is insulting to women by stereotyping them, Simmons replied, “Our toxic femininity has made life intolerable for far too many men, many of whom have bravely shared their stories in the #WhyMe movement. It is important to start a conversation about this problem, and Tampax has chosen to lead the way.”