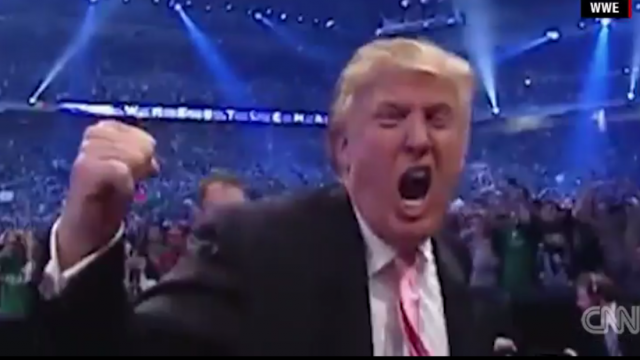 As a committed conservative and a Republican, I’m going to be blunt: President Trump is making an ass of himself, embarrassing himself and his country, and worst of all, making it almost impossible for any Republican in Congress to support his agenda.

Here’s some simple Constitution 101 for all of those purported constitutionalists who keep jumping to Trump’s defense when he behaves like an insecure middle school bully:

1. Congress consists of members elected by the people. Members of the House face a referendum by those people every two years.

2. When a president behaves like a jackass, any Member of Congress who has a record of supporting him gets that president hung on his shoulder like an albatross in the next election. If the president has offended enough people, this tactic results in a landslide backlash election against that president’s party.

3. So, the more our president behaves like an ass, the more incentive congressional Republicans have to establish their independence from him by defying his agenda.

And make no mistake about it: In the eyes of the American people, who want to be proud of and inspired by their president, Donald Trump is making a complete ass of himself.

And Trump’s little video showing himself body-slamming CNN was so juvenile that I’m embarrassed to be in the same party, country, and species as him.

More to the point, the American people are repulsed by these kinds of moronic actions by the man they elected to be the leader of their country. And they will take the opportunity in next year’s congressional elections to express that disgust by voting against members of Trump’s party who have a record of supporting him.

Donald Trump is the current President, but he does not own the presidency. In America, the institutions of government derive from and belong to the people. The American people own the institution of the presidency, and any president is merely the steward of his office.

Donald Trump is one of the worst stewards of the presidency in American history. He disgraces his office on nearly a daily basis with his repulsive juvenile conduct.

In so doing, he dooms his congressional agenda by making it impossible for Members of Congress of his own party to support it.

Trump sycophants point to the Republican victories in recent special elections to argue that what Trump is doing is resonating with the voters.

Bullshit. We won those elections despite Trump’s conduct.

What happened, as I wrote last week, is that over the past few months the Democrats made bigger asses of themselves than Trump, so they were the ones to pay the price for it.

Trump seems determined to surpass the Democrats in asinine conduct. If we allow him to succeed, the Democrats will be the beneficiaries at the polls.

I have been a loyal Republican for my entire adult life – over 30 years. So I say this with the strongest conviction: The Republican Party is an institution of principles and not men.

When a president abandons Republican principles, as President George H.W. Bush did when he violated his pledge not to raise taxes, our party called him out and held him accountable.

In the same vein, when a Republican president engages in conduct that brings disgrace to his office, his party, and his country, and that undermines his ability to translate our conservative principles into law, Republicans have the right – and the duty – not to circle the wagons but to confront him and insist that he stop with the juvenile displays and start honoring the office with which he was entrusted.

In the ’90s, President Clinton disgraced his office by turning the White House into a brothel and renting out the Lincoln Bedroom. Republicans rightly savaged him for it and were bewildered when the Democrats defended him.

Those very same Republicans are doing the same thing today that the Democrats did then. They are defending conduct that they would never tolerate in their own children.

Until Republicans unify in staging a long-overdue intervention with Donald Trump, I hope they enjoy the show – as well as Obamacare, high taxes, illegal immigration, and all of the other problems that will continue to go unaddressed.