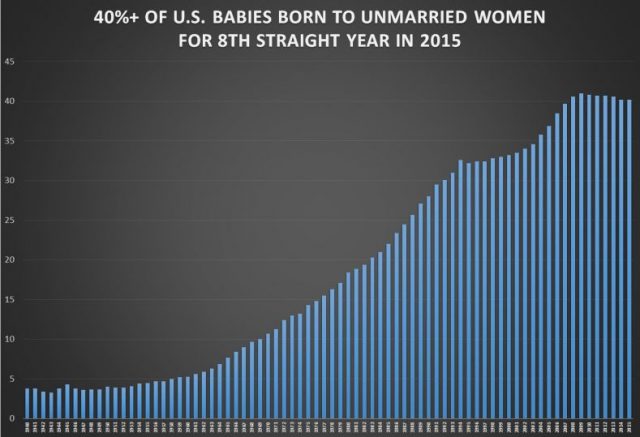 Sunday, June 18, 2017 was another Hallmark holiday celebrating fathers’ day.  I had a great day, as it was also the 18th birthday of my oldest child, who I brought home with my wife on Fathers’ day in 1999.  Fathers’ day is the commercially driven recognition of the value of fathers.  What America needs is the daily recognition of the value of fathers … real fathers.  Sadly, every day in America too many children live a Fatherless day.

When I was a young boy, my brother Dan found himself out with some high school friends getting into the type of silly, hijinks in which the young sometimes engage.  They were “pool-hopping” in the one or two homes in my town that had pools.  The neighbors called, and of course, these bone-heads were busted.  What they faced was the wrath of their parents … and fathers.  It is what kids feared most … real dads engaged in real parenting.

One father famously grabbed his son and uttered a line I consider legend to this day.  He said, “Son, just because you have a little hair on your ass … doesn’t make you a man.”  Amen.

Here’s my ode to the late Mr. Wilson who raised some fine young men.  “My fellow Americans, just because you made a baby, doesn’t make you a father.”   Nearly any dumbass can do that.  It’s everything you do after that act of nature that makes one a father.  Mr. Wilson knew that.

America could use some more Mr. Wilsons.

I weep for the utter foolishness of most Americans.  We gnash our teeth over sex, violence, promiscuity, greed, selfishness, incivility, and indecency.  We blame other kids, certain industries, and even politicians.  In reality, the America we have is the one we created.  You and me kiddo … look in the mirror.

In a three week period to start the year this year in Chicago, 200 people were shot.  You think those shot and those doing the shooting were mostly kids raised in love, with faith, respect, and a family with a two great parents and a role model like Mr. Wilson?  No, most … but certainly not all … were part of a broken culture that we built together.  We made marriage nothing more than advanced dating.  Our marriages and our kids became disposable. In fact, marriage isn’t even on the table for most baby makers.

In some communities, the terms “baby daddy” or “baby momma” refer to biological makers of children.  In still other communities, nearly 80% of children are born to a mother who isn’t married.  In fact, in every segment of society, Americans are seeing a rise in fatherlessness births.  Oh, there are baby makers out there.  Fathers? Well … they are much harder to find.

Sometimes conservatives and republicans turn this solely into a political or racial issue.  To be sure, fatherlessness has struck harder in some communities than others.  But we are bringing kids into the world where fatherlessness is a norm, or even an accepted social circumstance.  Still in other instances, broken families persist when times get rough and parents shed the burdens of parenthood.  “Dads” are the greater offenders in these broken families. Bad dads come in every color and from both political parties. The numbers of out-of-wedlock births are rising. It’s an unhappy fatherless day for most kids every day. 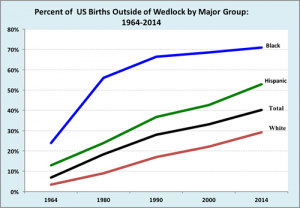 My dad was a WWII Marine. He met my mother, married her, and raised me in a loving family with six other children.  I was lucky.  Or was I?  Was it luck, or was it the commitment of my father and mother to put their children ahead of themselves, and to raise us not as friends or pals, but as their children who they must forge into productive, responsible citizens?

We have entire communities, and indeed some entire city blocks where children are raised without a working, educated, loving, committed father.  It is not just cities.  In the suburbs, we do a better job of hiding and dispersing our fatherlessness.  It’s still there.  And, kids growing up without positive role models, mother and fathers, are kids and families in chaos.

Mostly, our kids see that parents aren’t necessary.  We teach them families come in all types.  They do.  And, to be clear, love, commitment, respect, and education are the key ingredients in every type of family.  Unfortunately, our kids see less functioning families of any type and fewer and fewer families where a strong father figure plays the essential role that has been the backbone of our civil society.

Since 1940, the government has literally exploded.  By from 1968 to 1993, the Government spent 2.5 trillion dollars on welfare and aid just to cities and localities.  At that time, that was enough money to buy all the US Farmland and every fortune 500 company.

Government is a poor substitute for a family, and the return it provides in substitution for parents is debt and a broken culture. Our investment in government has given us nothing with respect to fathers. 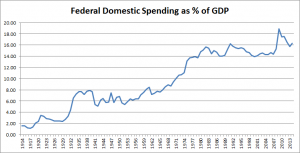 Likewise, I don’t offer you a solution to this problem.  Certainly, I don’t propose a government policy or program.  The solution to fatherlessness, amorality, immorality, and broken families is marriage, love, faith, commitment, and education.  All of those are available to each of us.  However, only we can make the choice to be great fathers and parents.  One real obstacle is, we no longer have families teaching children the value of fathers and parents.

That starts with each of us.  For nearly half of Americans, Father’s day is really fatherless day.  Sure, some can find a biological dad … but increasingly, too many kids don’t have real fathers.  They don’t have men of honor, principle, and commitment who raised them in a loving family.