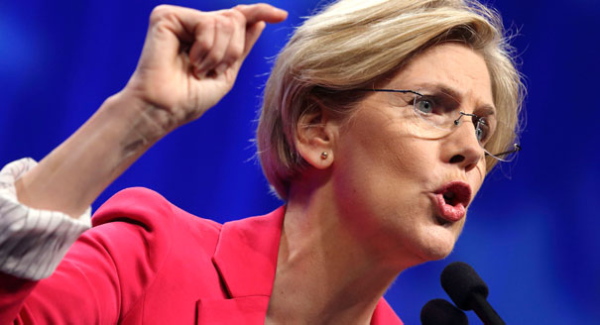 Granted that Sen. Elizabeth Warren (D-MA) is a self-important leftist blowhard.  And granted that her reading a 30-year-old letter by the wife of a civil rights icon spewing insults at a man who is now a sitting senator and nominee for attorney general was contemptible.

It was still wrong – and extremely foolish – for the Senate Republicans to censor her.

Last night, during protracted debate on attorney general nominee Sen. Jeff Sessions (R-AL), Sen. Warren read from a letter written by Coretta Scott King in 1986 when Sessions was nominated by President Reagan for a federal judgeship.  In that letter, Mrs. King accused Sessions of racism and said that as a federal prosecutor he used his power to ‘‘chill the free exercise of the vote by black citizens.’’  (Although Sessions vehemently denied such allegations, his judicial nomination was voted down by the Senate.)

Under Senate Rule XIX, senators may not “directly or indirectly, by any form of words impute to another Senator or to other Senators any conduct or motive unworthy or unbecoming a Senator.”  The Senate voted along strict party lines that Warren’s quoting from the King letter violated that rule, and she is therefore barred from speaking for the remainder of the debate on the Sessions nomination.

The Senate Republicans had the right to impose this sanction on Sen. Warren, but it was the wrong thing to do.

At a time that the Democrats are fighting an all-out war on free speech, violently rioting to stop a speech by an alt-right activist at UC Berkley, imposing speech codes on college campuses, and seeking to stifle any public discussion on their sacred cow issues such as “global warming” and “white privilege,” the country is depending on the Republicans to champion free speech.

Sen. Warren’s reading of the King letter, which contained unsubstantiated 30-year-old accusations of racism, was offensive and inappropriate, but if the right to free speech means anything, it must mean that we have the right to engage in offensive speech.  And what could possibly be a more important venue for protecting that essential American principle than in the chamber of the United States Senate, where our elected representatives publicly debate the laws under which we all must live?

Worse, the Senate Republicans have now made a martyr of Sen. Warren.  This leftist demagogue will now be seen as a champion of free speech who had the courage to speak truth to power.  And the American people will sympathize with her and her fellow Democrats because we instinctively rebel against any form of censorship.  After all, what was she saying that we so feared that we had to censor it?

The Republicans also did significant damage to a nominee whom they support by drawing national attention to Mrs. King’s allegations against Mr. Sessions that otherwise would have passed unnoticed as a small part of a dreary 30-hour debate. The censorship of Sen. Warren provided a megaphone to her comments that she otherwise never would have had.

The correct way for the Republicans to have dealt with Sen. Warren’s maligning of Sen. Sessions would have been either to ignore it as beneath the dignity of warranting a response or to exercise their own right to free speech by taking to the floor and shaming her for it.  Instead, they forfeited the high ground as champions of free speech, turned her into martyr to their own censorship, and drew national attention to her malicious comments.

If the Republicans are to restore this country, as we were elected to do, we must act in a smart and principled manner and stand on the foundations on which this country was built.  Last night, the Senate Republicans failed miserably to do so.