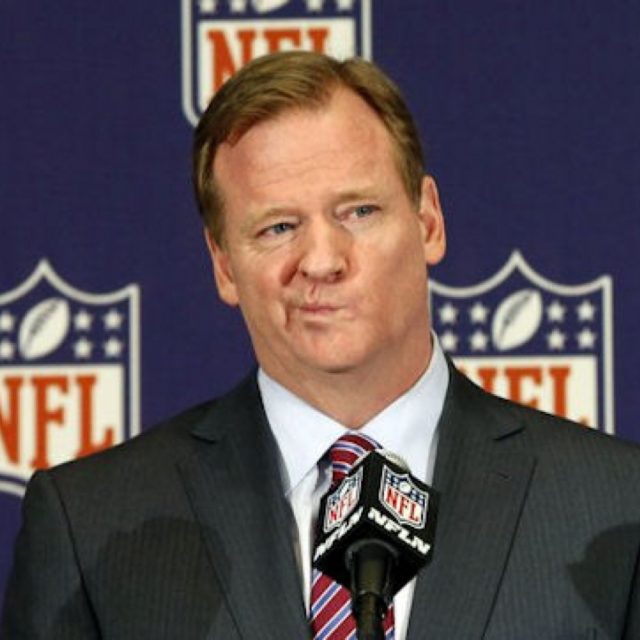 So … when is the Falcons’ March on Washington?  Seventy-three percent of the country wanted the Falcons to win this game. They lead almost the entire game. The third-quarter exit polls had them winning handily.  Obviously, the NFL engaged in score suppression, and the Refs, I heard, had ties to Russian bankers, who have ties to Putin, who controls Trump, who roots for BRADY!

Larry Tribe thinks the Emoluments Clause might be implicated. Apparently, Trump was eating Pho soup while watching the game in Mar-a-Lago.  The Soup contained special Vietnamese spices, which were subsidized by the government of Vietnam, which had an embassador, who recently rented a room in Trump tower from Trivago.  Norm Eisen, Richard painter, and Laurence Tribe will be updating their white paper to explain how that Constitutes an emolument under original intent.

In addition, my friend’s, cousin, has an ex-lover, whose brother-in-law delivers pez dispensers to Gillette Stadium.  He knows a guy, who knows a girl, who dated a transgender, illegal alien, Muslim refugee … who was subject to extreme vetting … who heard that New England deflated the balls at half-time.

If that’s not bad, Brady is said to be working secretly to offshore jobs for Falcon fans to China, while producing his own clothing line in Mexico … employing child labor to whom he provides no healthcare. In addition, all the Patriots gear will be sold by Hobby-lobby, who just donated to Citizens United. 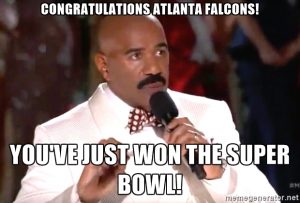 It’s apparently all a part of a secret plan of Bob Kraft and Trump to take away women’s rights.  Marchers are knitting hats for the big event. The hats will look like Patriot’s hats, only with Falcon droppings in the shape of a vagina.

I read it on the internet.