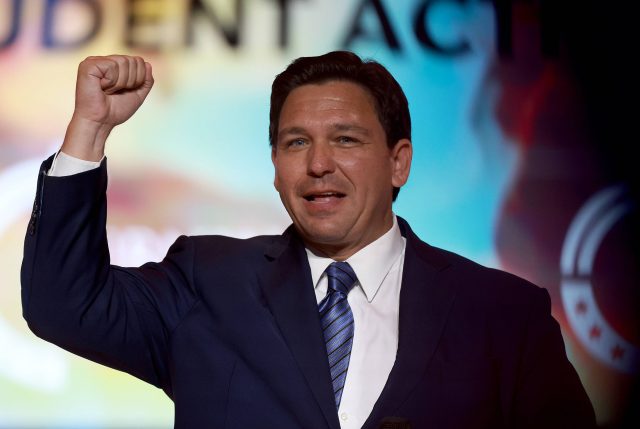 Well, the dust is far from settled, but here are my thoughts on what happened, what is going to happen, what it all means, and the opportunities it provides for the future of the Republican Party and the country:

1. The Republicans – and the pollsters – failed to recognize that somewhere between 1/3 and 1/2 of the votes would be cast weeks before Election Day. Unlike the Democrats, the GOP had no GOTV operation in effect to capture those votes, and the polls showing a late Republican surge failed to reflect that it happened after a large portion of the electorate had already voted.

3. That said, in a year in which we’ve experienced the worst inflation in 40 years with the most incompetent president in American history, the Republicans should have won seats that they ordinarily wouldn’t be able to win. That didn’t happen. I think the reason is twofold:

4. First, the Republicans didn’t run on any positive vision like they did back in 1994 with Newt Gingrich’s Contract With America. I’ve always said you can’t beat something with nothing. Even when people don’t like the status quo, they’ll stick with the devil they know over the the unknown. The Republicans ran against the Democrats by attacking their failed record on the economy and crime, but they failed to say what they would do differently to right the ship. When asked what their priorities would be if given the majority, they answered that they would investigate the hell out of the Biden administration. No one wants them to do that more than me, but that’s not a campaign platform, and no one other than the partisan Republicans who were already going to vote for them was going to vote for that platform.

5. The second reason the Republicans couldn’t capitalize on the Democrats’ disastrous record of failure was Donald Trump. For the past two years Trump has continued to dominate the public discussion with his incessant whining about his election having been stolen (it wasn’t). He sabotaged the campaigns of any Republican candidate who refused to publicly agree with his conspiracy theories, and he caused the most electable Republicans in many Senate races to be defeated by the least electable Republican candidates, which very well might have cost the Republicans control of the Senate (as discussed below). The one thing Trump has proven to be indisputably true is that when given a choice between his personal interests and the best interests of his party and his country, Donald Trump will always put his personal interests first.

6. The Republicans are probably going to win a small majority in the House. They are going to use that power to investigate the hell out of the Biden administration, and they absolutely should. They should do to the Democrats everything the Democrats did to Trump, including finding bases to impeach Biden and possibly others in his administration. But at the same time – and this is vitally important – they need to pass bills that would undo the damage that Biden and his Democrats have done and to advance a conservative policy agenda. Those bills would have no chance of being passed into law with Biden as president, especially if the Dems keep control of the Senate, but they would provide the platform for the ’24 election, the ability for the Republicans to say that if the American people keep them in the majority with a Republican president, those measures will be passed into law.

7. (Updated) Right now it is an absolute toss-up as to which party will control the Senate. For the Republicans to gain the majority, they have to win at least 2 of the following 3 uncalled races (an earlier version of this column included Wisconsin, which has since been called for incumbent Republican Ron Johnson):

Arizona – (Updated) Incumbent Democrat Mark Kelly has a 5-point lead, but the uncounted votes are predominantly mail-in votes that were submitted on or near Election Day, and historically most of those votes have been Republican. So, this race remains a toss-up. If Kelly wins, it will be because Trump endorsed the Republican who was the least electable, and it will mean that the Republicans must win both of the other races.

Nevada – Right now Republican Paul Laxalt has a 2.7-point lead over incumbent Democrat Catherine Cortez Masto with 77% of the vote counted, but the uncounted votes are in areas that lean Democrat, so that race is expected to tighten. It could go either way. If both Kelly in Arizona and Cortez Masto end up winning, then the analysis stops here. The Dems keep the Senate.

Georgia – (Updated) Democrat Raphael Warnock got about 0.9% more of the vote than Republican Herschel Walker, but he didn’t get 50% or more of the vote. So under Georgia law, the election goes to a runoff on December 6th. If the Republican wins in either Arizona or Nevada, the Georgia runoff will determine control of the Senate. (If they win in both states, the Republicans will take control of the Senate irrespective of the results of the Georgia runoff.) This would be the exact same situation that happened in 2020 with 2 runoff Senate elections in Georgia, both of which were won by the Democrats, largely because Donald Trump convinced many Republicans that the system was rigged, so they stayed home. Given that most of Trump’s endorsed candidates lost yesterday, it won’t be surprising if he tries to save face by once again claiming once again that there was massive fraud and rigging of the election, which could once again suppress turnout by his supporters in the Georgia runoff and hand control of the Senate to the Democrats. Remember, Trump will always put his ego and his personal political interests ahead of the interests of his party and his country.

8. In Alaska, the Senate race is uncalled between incumbent nominal Republican Lisa Murkowski and Republican challenger Kelly Tshibaka. Tshibaka currently has a 1.7-point lead and is likely to win – round one. However, Alaska has adopted a ranked-choice voting system in which the voters rank all of the candidates in order of their preference. After the votes are tabulated, the bottom candidate is dropped, and the votes for that candidate are given to each voter’s second choice. Then the bottom candidate in that round is dropped and the same thing happens until the final candidate emerges. So, even if Tshibaka wins round one, there is a very good chance that Murkowski will emerge as the winner when the entire process is completed because she is likely to be the second choice of most Democrats given that she frequently votes like one. The seat will remain Republican either way. The only thing that will be determined is whether Alaska will have a senator who votes like one.

9. Maybe the most significant development to come out of this election will be that this is the moment that Florida Gov. Ron DeSantis’ rising star intersected with Donald Trump’s falling one. In the final days of this year’s campaign, Donald Trump went to Florida and, rather than campaigning for the Republicans whose election was coming up, attacked DeSantis with his typical juvenile name-calling. He didn’t have anything substantive to say against DeSantis. He just resented that DeSantis appeared to be preparing to run against him for president. DeSantis was adult enough not to respond. Then, on Election Day, Trump was forced to admit that he had voted for DeSantis. At the end of the day, DeSantis defeated former Gov. Charlie Crist by nearly 20 points. DeSantis even won Miami-Dade County, which is 70% Hispanic and which he lost by 20 points four years ago. Meanwhile, Trump’s endorsed candidates failed all across the country, very possibly costing the Republicans their best opportunity in years to gain control of the Senate.

10. As the Republicans look toward the 2024 presidential election, they will be faced with the question: Are they the party of conservative principles, or are they a cult of one man? The Republicans gravitated to Donald Trump in 2016 because he was a fighter when their party leaders for years had shown no backbone or willingness to fight for anything but their own political power. Ever since January 6, 2021, though, it has become clear that what Donald Trump fights for is himself first and foremost. But unlike in 2016, Republicans now have an alternative to Trump who has also proven that he’s a fighter who stands firm for conservative principles and never backs down – and who always puts those principles and the interests of his constituents ahead of his own personal interests. A man who has now proven that he can not only win elections convincingly but also expand the Republican base. In short, Ron DeSantis provides everything that Republicans loved about Donald Trump with none of Trump’s personal drama, ego, and baggage. DeSantis is the best opportunity for the reemergence of the Republican Party as the salvation of this country since the election of another great principled conservative governor named Ron over 40 years ago. Will the Republican voters seize this once-in-a generation opportunity?