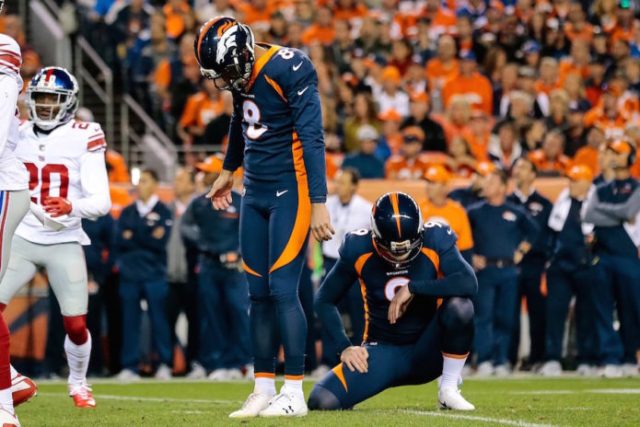 DALLAS (Real Fake News) – The Denver Broncos today pulled off the upset of the season against the Dallas Cowboys, routing them 30-16, but veteran kicker Brandon McManus’ day wasn’t quite as good.

After Denver scored its first touchdown in the first quarter, McManus missed his first extra point attempt of the season.

“I’ve been playing in this league for seven years, and I’ve never felt such love,” added McManus. “You have to remember, this was an away game. That was the Dallas crowd giving me all of that encouragement!”

Later in the game, McManus missed a 53-yard field goal attempt, just his second field goal miss of the season, but the crowd once again was there to perk him up.

McManus then became a bit introspective: “Y’know, our country is really going through some tough times right now, so I had an idea today. Whenever my fellow Americans are feeling frustrated at how much worse the country has gotten over the past year or so, I think they should just start chanting, ‘Let’s go, Brandon! Let’s go, Brandon!’ I know it made me feel better!”