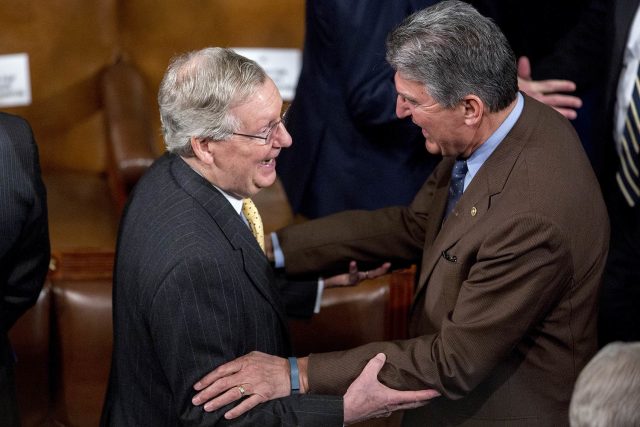 Although it’s not yet official, it is likely that the Democrats are now positioned to take control of the Senate after the inept Republicans once again got outclassed and lost 2 seats at the same time in Deep South Georgia. That leaves the Senate at 50-50, with far-left Democrat Vice President Kamala Harris as the tie-breaker.

But what if Sen. Joe Manchin (D-WV), were to switch parties? He has declined to do so in the past, but the stars are now aligned to make a party-switch his smartest move. Consider:

Some will counter that a party switch by Manchin would ignore that the results in Georgia, both for president and Senate, continue a trend starting in Virginia and Colorado of traditionally red states becoming blue. But that trend is based on shifting demographics in those states. In West Virginia, unlike in Virginia, Colorado, and Georgia, the demographics haven’t shifted at all. The only thing that has shifted is that the still-and-always conservative voters of West Virginia moved from the Democrats to the Republican Party.

Everything I just wrote is contingent upon at least one of two things being true: Manchin must either wish to run for reelection in 2024, or he must care about his legacy. He has the opportunity to become the kind of legendary statesman that Strom Thurmond was in South Carolina and Mills Godwin was in Virginia.

Sen. Manchin has to know that, but the fact that he endorsed the Democrat gubernatorial candidate last year over the incumbent that he endorsed 4 years ago indicates that as of a few months ago Manchin remained dedicated to the Democrat Party. But remain so now, under the current circumstances, would be to miss a once-in-a-lifetime opportunity to be a hero to his state and country.

The question is whether he will seize the opportunity.