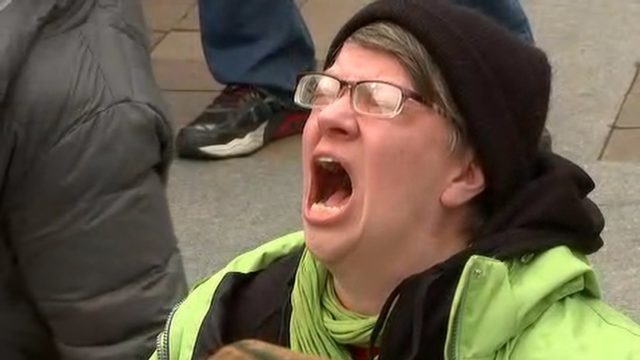 The Biden Media says this election is over. They say there is no silent majority. They say Americans want Joe Biden and his party.  We’ll see.

The MSM has become the Biden Media, and it is trying to carry Joe Biden across the finish line. They, along with the #altleft wing of the Democrat Party are convinced Trump is going to lose, big time. The left is sure it has the votes, and the uppity condescension is palatable.

On the flip-side, a host of Trump loyalists are convinced that Trump is not only going to win but that he will create a red wave and win the House too. To listen to the Biden Media, that’s just the delusional fantasy of a cult of the uninformed.

One of these groups is going to be really wrong, and each will be convinced of election thievery, suppression, ballot harvesting, or voter fraud, depending on whose ox is gored.

This year, the COVID crisis dramatically expanded mail-in and early voting. Putting aside the issue of voter fraud and vote harvesting, the Democrats have been working the ground for three months, seeking out, registering, and getting casual or disinterested voters to the polls. That is a huge advantage for them over 2016.

Still, the core democrat voter … the excited, activist, party loyalist … is turning out to vote against Trump. That party has no inspiration. It has no excitement. People aren’t chomping at the bit to make history like 2008. Indeed, Joe Biden is about as inspirational as a bowl of undercooked Cauliflower. He’s about as lucid as well.

The democrats are running an election on hate and fear. Just like that … hope and change are out.

Meanwhile, the President has two interesting realities. His base loves him. You can see the energy at his rallies and spontaneous parades. While Obama stumps for Biden half-heartedly in front of a few dozen people, the President has thousands turning out on short notice, in terrible weather, everywhere he goes. That energy is real.

No one will be trading a pack of smokes and offering a ride to the polls for Trump voters. They will crawl across burning coals and broken glass naked covered in lemon juice to re-elect Trump. That leaves this race in the hands of the people in this country who really wish Trump weren’t the nominee, and absolutely can’t imagine a President Biden … or worse … a Presidency where the party of looters, rioters, racialists, arsonists, flag-burners, culture-cancelers, and haters are in charge.

To win this election, Trump must get the votes of Americans who neither love nor like him … but who have watched what has unfolded the last year and who are prepared to say … “there is no damned way we can let those leftwing kooks be in charge.”

This is the silent majority, and they are sick of being silent, walking on eggshells, and listening to the crazies. They don’t like the President, but they really don’t like crazy Karen and her Antifa army.

I don’t know if enough of them will swallow their pride and vote for President Trump. He can’t afford a split of their vote, nor can he afford for them to stay home, or choose, as this author did four years ago a write-in option.

Trump needs these people … not to save him … but to save our country. The only question is, do they know what is at stake?  I think, intuitively, most do. Will they stand and deliver for America in spite of Trump?

My observation is that the silent majority is still a majority, and it has had enough. They know that the altleft doesn’t just hate Trump. They hate America. They hate equality. They despise decency. They hate our police, our unborn, and our social norms. They are disrespectful, rude, nasty, and bitter. They come from broken families and they represent a broken culture of excuses and freeloaders.

The altleft wing of the Democrat Party hates America’s past, they are poisoning our present, and they are an existential threat to our future.

The silent majority wants to go to work. They want to go to church, and out to dinner. They want government off their backs and out of their pockets. They don’t like the leftist takeover of their local schools or Universities. They are angry about diners being confronted and bullied to pledge allegiance to leftist causes. They want to stand for the anthem, sing for their country, back their troops and wave to their local beat cop.

They don’t want leftism creeping into their job, perverting their kids, manipulating their media, and emptying prisons. They want prosecutors to prosecute crimes, Mayors to protect their businesses, and governors to keep their states open and commerce bustling.

The Silent Majority has family members, co-workers, and neighbors, all preaching, bitching, yelling, and whining, repeating the same lies and mistruths about the heart and soul of their country. Each day, they choke back the urge to speak up and defend America, for fear of their job, or their kids being bullied, or homes being targeted.

Every decent American knows some bat-shit crazy, wild-eyed, loon who use to be a normal person but who now is an emotionally political cripple, unfriending family, severing relations, and screaming at friends for daring to vote for Trump.  Every one of us is tired of holding back so as not to set off that crazy Karen.

Now … the silent majority wants to be heard. This is their election. If they exist … they must stand and deliver. If they do not use the ballot box to fight back, they can expect the type of leftist political retribution we have seen in third-world countries come next year. For five decades we have heard the election year trope that this is the most important election of our lives. It is.

I can tell you this … Silent Majority … if you are out there; You have to decide if you will remain silent this election. In the next one, the choice won’t be yours. You will soon become, as we have seen through big tech … the silenced majority.

It’s time to stand and put crazy Karen in her place.