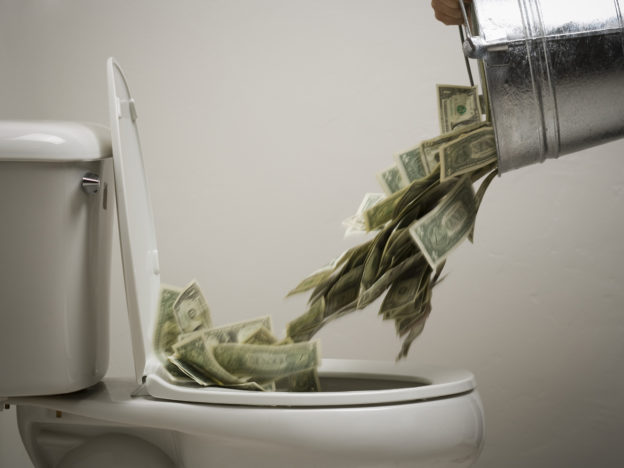 A few days ago, Sen. Chuck Schumer proposed spending $750 billion on a “stimulus” bill in response to the COVID-19 epidemic. Not to be outdone, Sen. Mitt Romney the Pious proposed handing out $1,000 to every American.

When these ideas were presented to President Trump, his response should have been to say that as president, his job is to protect American taxpayers from being ravaged in this manner. But instead, he said, “Let’s go big” and proposed a $1 trillion “stimulus” bill that would include handouts of at least $1,000 to every American.

All of these politicians of both parties have to know that these measures will do nothing to stimulate the economy. Stimulus packages (whether or not they are seen as morally justified) work to stimulate the economy when the problem is a lack of consumer confidence. Such packages give people the means to engage in more commerce, which strengthens businesses, which in turn increases consumer confidence.

The current problem is that people can’t engage in commerce due to the stark social-separation policies that have been implemented to deal with the epidemic. Handing out free money will not stimulate the economy if people have nowhere to spend it and are being told to stay home anyway.

Sen. Schumer, Sen. Romney the Pious, and President Trump are all smart enough to know these things, but they are pressing forward on these insane spending proposals anyway in order to pacify people politically. They do so knowing that they and the current generation of voters will not be the ones who have to repay this debt. It’s our kids and grandkids, who are oblivious to what is being done to them and who have no say in the matter, who will have to pay it back.

If the government wants to take meaningful economic action, they should pass a legislation providing low- or no-interest loans to small businesses and defer their tax obligations so they can continue to pay their employees and bills during the time that they cannot be in full, or any, operation.

And that’s all they should do.

Everything else that is being proposed constitutes the theft of our kids’ future earnings to buy votes in the present. That is immoral and inexcusable.