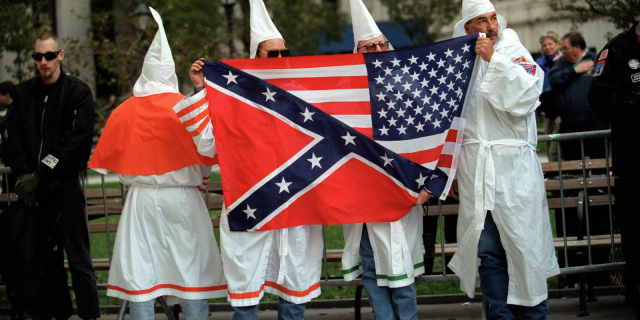 On Tuesday, the U.S. House of Representatives fearlessly passed a resolution that boldly declared the House to be firmly on the side of opponents of white supremacism and white nationalism.

Throwing caution to the wind, the House courageously passed the resolution by a margin of 424-1, knowing full well that they would almost certainly forfeit any possible support by the 6% of the population who hold those views. I’m sure most of them then issued press releases to reinforce to the world that they really do oppose white
supremacism.

The resolution was offered and passed in response to an alleged comment by Rep. Steve King (R-IA) reported in the New York Times to the effect that the terms “white supremacy” and “white nationalism” should not be considered offensive. (Mr. King says his comments were misrepresented.)

Rep. Rush is a far left radical. I have never put the following words in this order before, and I probably never will again, but here goes: Bobby Rush is the only Member of Congress who got it right.

Was this resolution necessary? Did it say anything that wasn’t already obvious and representative of the views of almost every American alive?

This resolution was passed for one reason and one reason only: virtue signaling.

“Virtue signaling” is defined by Oxford Dictionaries as “the public expression of opinions that show one’s own good character or moral correctness.”

An example of virtue signaling is the recent op-ed piece by Mitt Romney, just days before he was sworn in as a new U.S. Senator, attacking President Trump for no apparent reason. With that column, Mr. Romney demonstrated to the world his moral superiority over both the president and almost everyone else in Romney’s Republican Party. It appears that Romney sensed the vacuum of moral superiority left by the passing of Sen. John McCain and decided that he was the one to fill it.

And so, in the same vein, the House of Representatives jumped at the opportunity to assure the country that we need not worry that Rep. King’s comments represent the view of the House as a whole. The House told us in no uncertain terms that they emphatically don’t share that view.

I don’t know about you, but I was unclear as to whether the House sided with the 6% of the population who support white racism or the 94% who oppose it. I’m so relieved they cleared that up.

Now, as much as Rep. Rush was right that this resolution was a meaningless exercise in virtue signaling, he also opposed this resolution on the grounds that it did not include a formal censure of Rep. King. On this (as on almost every other issue), Rep. Rush is wrong.

Rep. King, like all Americans, has a constitutional right to free speech, and that right necessarily includes offensive or controversial speech. (Uncontroversial and unoffensive speech obviously don’t need any protection.)

Steve King did not check his constitutional rights at the door when he was sworn-in as a Member of Congress. In fact, I would argue that it is especially important that the free speech rights of elected officials be protected so that they are not prevented from informing and explaining to their constituents any unpopular views they might hold on various issues.

The importance of Members of Congress being able to openly express their views is of such high importance that they cannot be sued for anything they say during a congressional debate. Imagine the precedent that would be set by the House censuring a member solely for expressing controversial and offensive opinions.

Many Democrats literally believe that skepticism of their “global warming” theories is akin to denying the Holocaust. So, if the House sets the precedent of censuring members for offensive or controversial speech, then it follows that a Democrat-controlled House will soon also censure any Republican who expresses skepticism of the (largely discredited) theory of man-made “global warming.” Likewise, a Republican House could censure Democrats who express pro-abortion views.

So much for an open debate of ideas in our Congress.

That Rep. King’s reported statement was deplorable is self-apparent. It is obvious to everyone, including Rep. King’s constituents, who don’t need assurance that the House of Representatives abhors that statement. We all do.

It is not the role of the House to act as judge, jury, and executioner regarding what speech is permissible and what isn’t. The proper judges and jurors for that issue are the voters, including those that Steve King will be facing next year.

Freedom of Religion & the Sands of Ignorance