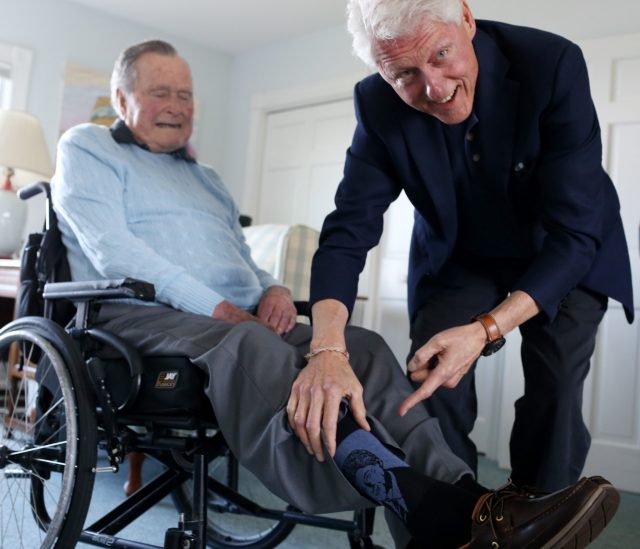 As we enter this new year, I have been reflecting on what I have to offer the world.

I have a lot of knowledge and experience with politics, but our country is saturated with political opinions, and I doubt I have anything to say anymore that I haven’t already said a thousand times. One more voice in the cacophony of political punditry won’t make any difference to anyone or anything.

What our society currently lacks and badly needs is a political voice advocating for kindness. I now choose to be such a voice.

We have become angry, resentful, and intolerant. We are now so suspicious and resentful of each other that we have become our own worst problem.

We can blame these dark times on a petulant and immature president, a hateful and vengeful opposition party, and an agenda-driven attack-oriented “news” media, but in the end, we are each responsible for how we conduct ourselves individually.

I am not virtue signalling here. Unlike Mitt Romney, I am not interested in trying to show off how wonderful I am compared to those who sustain the culture of hate and resentment. I openly acknowledge that I have been a contributor to that culture, here and elsewhere, for decades.

For about 30 years, I have written about the wonders of conservatism and the dangers of leftism. I am still very much a principled and committed conservative, and I stand by the convictions that have informed my writing for all of those years.

I also continue to believe that, for the most part, the people and ideas that I have criticized have deserved that criticism. People who put the pursuit of power ahead of the good of our society deserve condemnation. Ideas that enslave rather than liberate deserve scorn. I have no regrets for expressing these sentiments over the years.

In this new year, though, I no longer want to be a part of the political culture that focuses on our differences. I have expressed my contempt for people who advance and act upon the wrong values many times over. It’s not necessary for me to keep doing so.

In this new year, I choose to let others continue to engage in that fight – and I acknowledge that it is a fight that must continue to be made. I still believe that the only thing necessary for the triumph of evil is for good men to do nothing. I am grateful to my colleagues, Rich and Jay, and for all of the many other good men – and women – engaged in the fight against evil in its many forms.

But as for myself, in this new year I choose to place my focus and energy elsewhere – in a direction that I believe it is most needed – the promotion of kindness.

I try very hard to live my life by the tenets of the Serenity Prayer: “God grant me the serenity to accept the things I cannot change; courage to change the things I can; and wisdom to know the difference.”

I accept that our society right now is badly polarized. I also accept that my continued political punditry is not going to make any meaningful difference.

I therefore choose to do what I can to try to smooth over the rough spots in our culture, not by telling people that they are right or wrong on various political issues, but by focusing on the things that should unite us: Love for our families, our friends, our country, our God. Appreciation for those who make positive, life-affirming contributions to our society. Admiration for our heroes.

I choose to disregard political differences and focus on the inherent worth of every human being, including those who, to my way of thinking, have lost their way. I choose to try to turn the other cheek when gratuitously attacked and to respond to hatred with love.

In short, I choose kindness.

I am very obviously imperfect – in fact, tremendously flawed, and I know that I will be very imperfect in this new focus. As the political season progresses, there will be more and more incitements to draw me back into the fight; more and more outrages to tempt my conceit that I bear some duty to call out the perpetrators and set them straight. I may succumb to that conceit from time to time.

But I will try to stay on the right path – a path of positivity and love.

I don’t delude myself into thinking that I can heal the nation’s wounds. I am one small person in a nation of hundreds of millions. But as I always have, I will try to do what I can.

To the extent that my writing has ever had the power to persuade, I will now use that power (such as it is) to try to persuade people to set aside their differences, if only for a moment, and reflect on those things that we can all agree are good and right.

To the very small extent possible, I will try to use my abilities to promote kindness.

Love? No … It’s the Culture Stupid