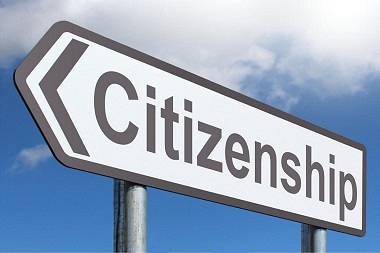 Many Americans believe birthright citizenship for illegal aliens is settled law, and as a public policy discussion, it is off limits.  In fact, writing a piece like this will result in scorn, accusations of racism, and the obligatory charge that the writer is on the fringe. No. I can simply read.

Americans need to have an open, frank conversation about birthright citizenship for illegal aliens because if we don’t address this issue, we will never end or slow illegal immigration. That is why the President has done a great service by raising this grossly misunderstood issue.

First, call this a disclaimer: I am a huge fan and supporter of robust, legal immigration.  Like at my home, I welcome guests to my country at my front door.  I also like to vet my guests, and I certainly don’t invite them into my family unless they are the type of people with whom I want to share my name. Those should be the guiding principle of American immigration.

We want smart, hard-working, honest, moral people who want not merely to come to America, but to be Americans.

When someone breaks into my house, however, he or she is not a guest. In fact, I call the police because the individual is a criminal, on property where he or she does not belong, and in no way is entitled benefit from that illegal action.

Those who break into our country warrant punishment, not reward.

As long as it makes sense for an alien to risk coming here for the rewards, the alien will do so.  We give illegal aliens many rewards for their illegal conduct.

The day an illegal alien successfully breaks into America, he or she can find work. They can enroll their children in a free public education.  They can get medical care at any emergency room.  And, remarkably, if not inexplicably, if an illegal alien has a child they are rewarded with US citizenship, even though neither parent is in this country legally.

How in the holy hell is that possible, legal, or sensible?

People will tell you that the 14th Amendment to the United States provides birthright citizenship for illegal aliens.  No, it does not.

If the Amendment wanted to do that, it would simply read that anyone born in the geographical limits of the country is a citizen.  Instead, the proponents and adopters of the Amendment chose the words carefully, and those words were debated over vigorously.

American citizenship has two distinct paths: birth in the US or naturalization. In either scenario, the individual must be subject to the jurisdiction of the U.S.  At the time of passage of that Amendment, jurisdiction was meant to mean loyalty and allegiance to the country. Scholar Edward Erler wrote an outstanding piece on this issue, which I won’t repeat in this column, but which you can and should click and read here.

Birthright citizenship for illegal aliens does not arise from Supreme Court precedent either. Indeed, as Erler points out, the Supreme Court has never held that a child born of illegal immigrants is a US citizen by birth.  It did hold, in the Wong Kim Ark (1898) case, by a 5-4 ruling, that the child of “legal aliens” was by birth a US citizen. To leap from that holding to the common misunderstanding today is a leap larger than the grand canyon.

One does not need a law degree, or to have taught law, to understand that in the entire history of common law, and in all current US law, we do not reward illegal activities.  The sole exception to that prudent legal reality, is that we give the off-spring of illegal aliens US citizenship.  It’s utter tomfoolery.

If you make a contract for something illegal, the contract is void. If you commit an illegal act, you are subject to penalties that might be fines, community service, jail, or even death, depending on the offense.  We don’t have crimes where the is no penalty. We may have crimes where the penalty given is insufficient, but the basis of criminal law is that the convicted receive punishment, not reward.

Even the police are “punished” if they violate the law by breaking your Fourth Amendment rights.  The punishment is that the state cannot use any evidence, no matter how damning, to convict you.  Why?  The answer in law is simple.  We NEVER want to create law or policy that rewards unwanted behavior because rewarding unwanted behavior leads to more unwanted behavior.

Why would we change the entire system of Western laws to reward illegal immigration by giving birthright citizenship to people who come here illegally?  It is without foundation in any law, let alone common-sense principles.

Let me go one step further on this issue because it implicates DACA policy. The argument that some open-borders advocates use about DACA is fascinating.  It is an argument that has human appeal even to those opposed to illegal immigration.  They ask, “why are we punishing children brought here illegally who had nothing to do with the crime?”

Actually, American law does that all the time. First, we lock up parents, and second, to the extent parents have ill-gotten gains in any form, be it cash, cars, or houses, we seize them.  The kids are left without parents, a home, or money.  Why? We do that because we punish criminal activity, we do not reward it.

In the DACA scenario, again, the American left wants to carve out an exception for the consequences kids suffer from the illegal acts of their parents, even though we make no such exceptions for the children of US citizens engaged in criminal activity.

The ultimate reward in our society is US citizenship.

From our citizenship springs the greatest experiment in human liberty, and a series of rights secured by our Constitution.  Inexplicably, we grant the best reward our society has to offer to those who break our laws.  Then, we sit around wondering what to do to stop illegal immigration.

We are a nation of idiots on this issue.

We are going to spend 20 billion dollars on a wall when all one needs to do is scale it to lay claim to American citizenship?  You can’t build a wall high enough to stop humanity’s thirst for liberty and to quell the ingenuity of aliens who know their children can have citizenship if they make it to the other side.

Change those incentives, and you can dramatically slow illegal immigration.  Then, improve our legal immigration system. After that, we can address the problem of all those who have already entered illegally. That’s real reform.

No sensible reading of the US Constitution, taken together with its history, and read in the context of the entirety of our statutory and common law system, could ever result in a holding that illegal aliens have a Constitutional right to birthright citizenship for their children.

The President is right to raise this issue. Whether he has the power as chief executive to issue an executive order is a different question.

Note: This piece was written four months ago, save two sentences referencing the President’s recent action. It was not published because the issue was simply not part of our national discussion. The President’s action in raising the possibility of an Executive Order to combat this problem gave life to the piece as part of the discussion. My next piece will address how and if such an E.O. can withstand Constitutional Challenge. See also my video entry on this subject.