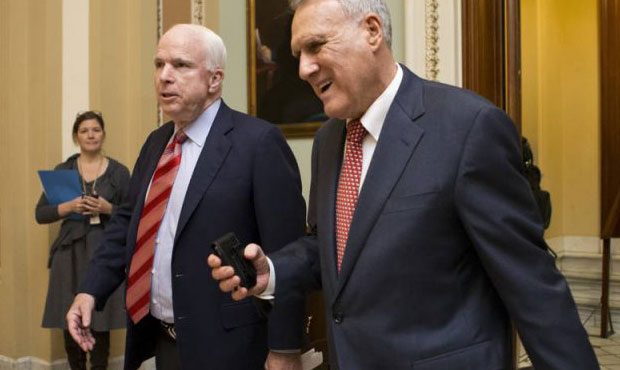 Republicans, who lost a traditionally safe seat in Alabama last year, rejoiced at the news that they were gaining a seat back.

Democrats, meanwhile, were outraged that Gov. Ducey did not maintain the tradition of replacing deceased senators with a person of that senator’s party.

“Senator McCain was a reliable vote against the Republicans and their extremism,” said Senate Minority Leader Charles Schumer (D-NY). “Replacing him with a Republican who has shown a willingness to vote with Republicans on the most important issues facing our country is a betrayal of Sen. McCain and everything he stood for.”