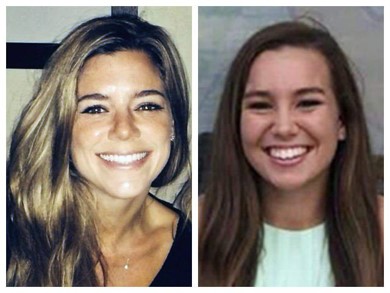 American lives … like the precious Mollie Tibbetts … they matter.

In 2017, nineteen-hundred people were victims of homicide by illegal aliens. Where are the protests? Where is the outrage? Where is the media coverage inspiring a national movement? When will American lives matter enough for American politicians to admit that their decades-long complicity in promoting, advocating, permitting, and apologizing for illegal immigration results in the needless deaths of Americans?

When writing about the MS-13 issue in the Governor’s Race in Virginia, and the invasion of Northern Virginia, I asked a simple question. “Show me the picture of the Virginian we are willing to let die to protect illegal immigration.”

Virginia voters were so desperate to “resist” Trump, that they sent MS-13 apologist and open-borders democrat to the state house. When they did so, they made Virginia and Virginians less safe.

Of course, the scourge of illegal immigration is a nationwide problem, from New England, through an over-run New Jersey, down through Virginia and the Southeast. It is rampant in Texas, and California has actually been lost to the open-borders lobby and the illegal army they protect.

Now … a young co-ed can’t even go for a run in the mid-west without being targeted by a killer and predator who had no business even being present in our country. She wasn’t a Virginian … she was a fellow American. The list continues to grow.

Democrats scream and caterwaul about “ripping families apart” when our federal law enforcement catches illegal aliens entering our country. Ask Mollie Tibbetts’ family how they are doing. She has been separated from her family for eternity. Mollie Tibbetts was in her country, obeying the laws, and out for a run on a summer day when she was stalked and killed by an illegal immigrant.

When open border loons and the paid academic hacks of the business lobby tell you, falsely, that importing unskilled, illegal aliens is good for the economy, they forget about the “price” paid in American blood.

When people say we can’t build a wall, or we shouldn’t pay for it … ask this, “is the wall worth 1,900 lives?” What if it was your daughter or you mother? The entire argument is a sham. We don’t need to pay for the wall, we can make illegals do it.

Americans need to stop making excuses for law breakers. The federal government’s primary purpose for existence is to protect its citizens from foreign invaders. It has failed.

Those who promote, accept, or excuse illegal immigration for any reason, business or political, are complicit in making possible the conditions where young women like Mollie Tibbetts or Kate Steinle are murdered.

Of course, the crimes are the responsibility of those who commit them. But we can’t pretend that allowing millions of people into this country, unchecked, unvetted, and unverified, doesn’t cost us lives.

The left is so insane about splintering Americans into little groups. They feast on victimology and the idea that certain Americans are all, by dint of their race, religion, gender, and orientation, victims in waiting.

How about a simple movement? American lives matter. They do. We must drive from the federal legislature those who do not put Americans first. We must aggressively prosecute those who openly harbor illegal aliens, and those who encourage them to enter or stay in the United States … and act which is a federal felony. (8 USC 1324(a)(1)(A)(iv))

We should prosecute sanctuary mayors and governors.

Our laws and public policy should reflect the simple, American principle, that American lives matter, from protecting our most innocent and fragile, to ensuring the safety and security of all our citizens.

It is time to end illegal immigration. It isn’t an option, it’s a mandate.

You are either with the Americans, or you are not. God help you if you are with the illegals.

Borough School Board Must Take a Stand Now (2005)