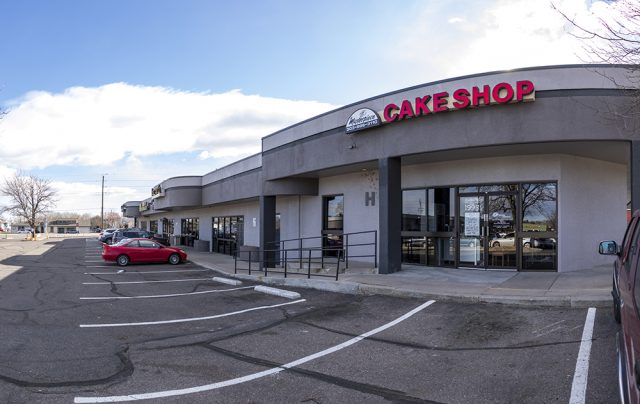 Both sides were wrong and had a vast misunderstanding of what the Supreme Court actually did.

First, here’s what the Supreme Court did not do:

SCOTUS did not rule that it’s ok for businesses to discriminate against homosexuals. (As I wrote back in September, that never even happened in this case.)

SCOTUS did not rule that Masterpiece Cakeshop had the right to refuse to prepare a cake for a gay wedding. (This question, which most of us expected to be decided in this case, wasn’t even discussed in the opinion.)

SCOTUS did not rule that the decision of the Colorado Civil Rights Commission fining Masterpiece Cakeshop for refusing to make that cake was wrong as a matter of law.

Here’s what the Supreme Court did rule in its very narrow opinion: The Commission’s decision against Masterpiece Cakeshop must be vacated because Masterpiece’s due process rights were violated by the Commission.

To summarize the facts for readers who have been on vacation in Antarctica for the past few years: A gay couple asked Masterpiece Cakeshop, which is owned and operated by a devout Christian, to prepare a cake for their upcoming same-sex wedding. The shop, which had never refused to serve any customers on the basis of their sexual orientation, refused to prepare this specific item because it would have been an expression of acceptance and approval of same-sex marriage. That idea was contrary to this business owner’s sincere religious beliefs.

The gay couple filed a complaint with the Colorado Civil Rights Commission. The Commission held a hearing in which the members openly disparaged the cake shop owner’s Christian beliefs and compared his refusal to bake a cake for a gay wedding to supporting slavery and the Holocaust. The cake shop owner appealed that decision in the federal courts and lost at every step until he got to the U.S. Supreme Court.

SCOTUS’s decision can be summed up in one simple sentence: Government agencies must be neutral regarding the religion and religious beliefs of all parties that appear before them.

And that’s all it said.

Notice that this ruling said nothing about the substantive rights of either the cake shop or the gay customers. In fact, Justice Anthony Kennedy, writing for the majority, specifically stated that they were not addressing those issues in this decision (while also noting that other cases are currently pending in the courts that could result in such a ruling in the near future).

For those of us who place a high value on religious liberty and due process, this ruling was a victory, but a pretty minor one. The U.S. Supreme Court, in a 7-2 ruling that included two liberal justices, strongly and harshly condemned the religious bigotry displayed by the Colorado Civil Rights Commission and made it abundantly clear that such bigotry is unacceptable by any government agency.

However, while this ruling was a small step in the right direction, it is important to understand that it was strictly limited to protecting due process rights and did nothing to reinforce our individual substantive rights to free speech and free practice of religion. Those fundamental rights will need to be vindicated another day.

A few more observations about the Masterpiece Cakeshop decision:

1.  As far as I can tell, the Colorado Civil Rights Commission could reopen this matter and rehear it in a religion-neutral manner, and they could rule against Masterpiece Cakeshop and fine it again. I see nothing in the SCOTUS decision that would prevent that from happening (although decisions in similar cases currently working their way through the courts potentially could do so).

2.  I suspect that this decision was decided narrowly on a due process issue because Justice Kennedy didn’t want to have to decide the substantive rights issue and knows he will be off the court before that issue has to be decided. I’ll be looking for his retirement announcement later this month.

3.  When President Obama nominated Elena Kagan for the Supreme Court, some social conservatives objected on the grounds that she was rumored to be a lesbian and therefore could not be objective on issues related to homosexuals. I don’t know (or care) whether that rumor is true, but if it is, then in voting with the majority, she proved that a gay justice can, in fact, make rulings in such cases based on the law and not personal bias. It is a poor reflection on the conservative movement that this was ever a question in anyone’s mind, and I hope we never hear such nonsense raised by our side again.

4.  Ever since the original Masterpiece Cakeshop decision by the Colorado Civil Rights Commission five years ago, Colorado Republicans have been fighting to reform the Commission to ensure that businesses are treated fairly. They have had only slight success because the Democrats have fought their every effort. The U.S. Supreme Court’s bare-knuckled take-down of the Commission for its religious bigotry strongly vindicates the Republicans and should provide fuel for them to finally win real and meaningful reforms.